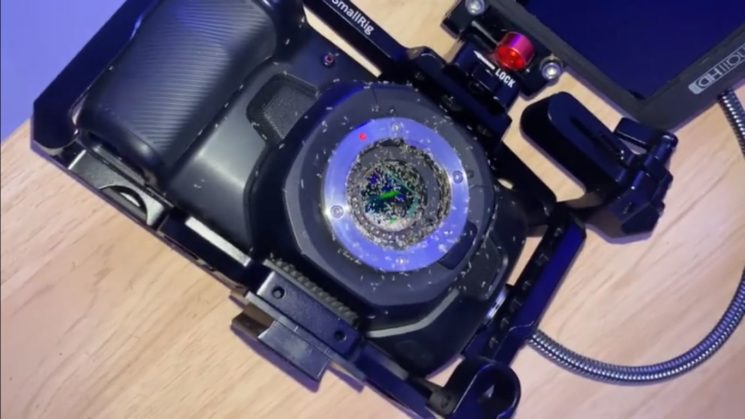 Some of us have had ants in the kitchen, or maybe we had to deal with these little creatures while camping. But have you ever had your camera swarmed by ants? Dakota McLearn was unpleasantly surprised recently when he saw that his Blackmagic Pocket Cinema Camera 4K had become home to a colony of ants. He shared his experience in a video and it’s as fascinating as it is scary.

Attacked by Ants, once again…

When Dakota took the lens off, his camera was covered with ants from the inside and out. His 12-35mm f/2.8 lens met the same fate. You can see in the video that there were ants everywhere; they totally overtook Dakota’s gear. What’s more, he believes that the queen is inside the camera and that his Blackmagic is now a new home to the entire colony. I had ants in the kitchen in my old apartment, but honestly, it would totally freak me out to wake up and see my camera full of them.

Interestingly enough, it looks like ants have a thing for Dakota. He already had a close encounter with them a few years ago when he was bitten by a bunch of fire ants. This made his face swollen and he ended up in a hospital. This time, fortunately, the ants at least spared him the painful bites.

This reminded me of a situation from a few years ago when Phil Torres and Jeff Cremer had an encounter with leafcutter ants in the Amazon rainforest. The insects chewed not only through their rain covers, but also through cables, Gorillapods, and even the camera itself.

I sometimes say for a piece of gear I like that it’s “sweet.” I know ants like sweet things, but I’d never guess that they feel the same about photo and video gear.

Blackmagic is announcing something today – Could it be a full-frame Pocket 6K Pro? Watch live here

« Airport scanners will destroy your unexposed film, says Fuji
Learn how to shoot better architectural photography from an actual architect »