One of the big things that got us wondering with the up and coming Nikon 5D was the fact that they supported XQD cards. In fact, you could choose between CF cards and XQDs.

Nikon is making a big push towards XQD and is putting significant weight behind the tech. And now Nikon is giving a push to show how much better XQD are compared to the older Compact Flashes.

In a movie released by Nikon Asia, two Nikon D4Ss are compared, one using a UDMA 7 CF card rated at 160MB/S and the the other D4S loaded with a Sony XQD card rated at 400 MB/s.

Well, that did not go well for the compact flash card….

When testing image writes at a sequence – the D4s does 11 FPS with jpgs, the XQD managed to capture 200 photos while the CF card was only at 110. (Nikon says that for NEF, each file about  12MB, the XQD made 49 files before the buffer filled). 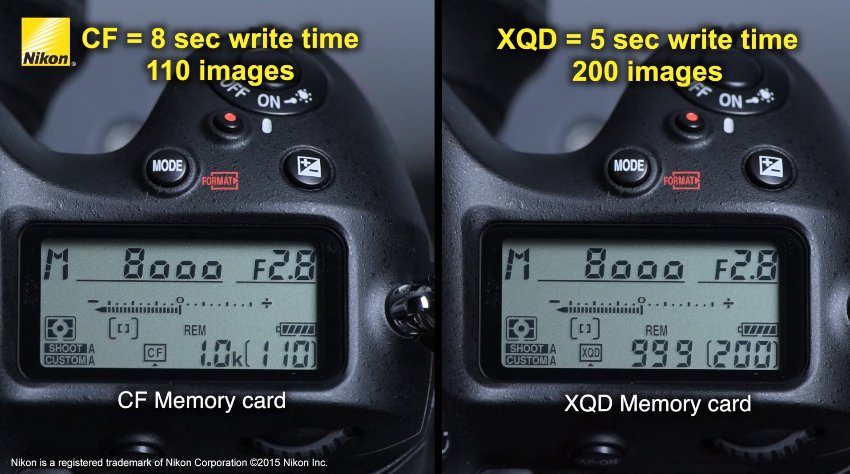 The second test was showing on/off shooting events – 10 seconds of shooting followed by 3 seconds of rest where the buffer can clear. After 9 runs the CF card was not able to keep up and the D4S buffer was filled while the QXD card pulled the photos faster and still had room for 18 more photos. 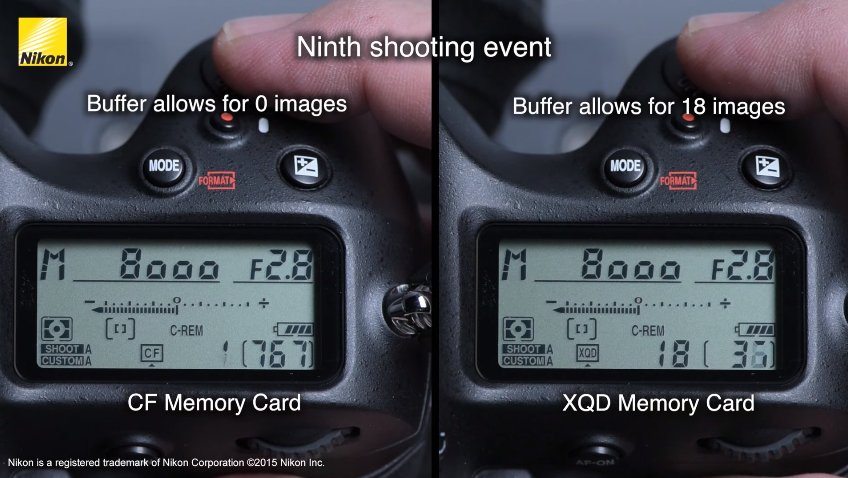 The last test checked how much time it would take to move 1,000 12bit NEF files from the card to the computer using a USB 3.0 card reader. When the QXD card was done after 35 seconds, the CF card still had about 680 files to unload which tool a total of 115 seconds. About 3 times faster. 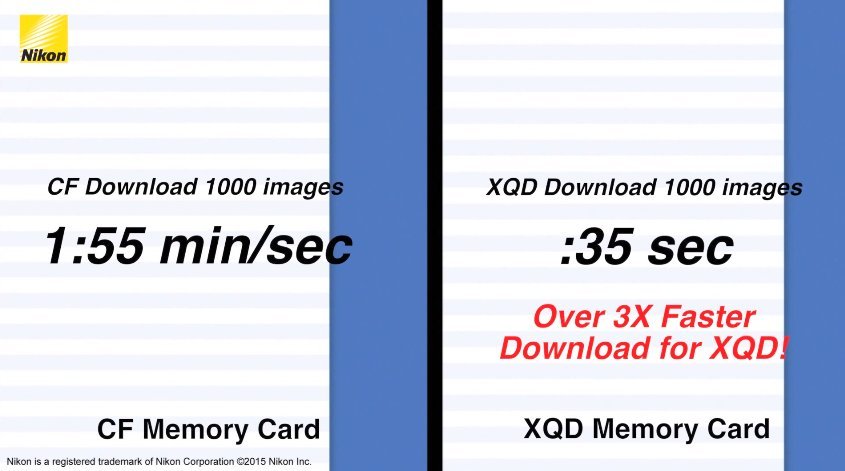 Well Nikon, you made your point clear, now lets see if the market follows.

Getting a Handle on Your Compact Flash Cards