A few weeks back we shared Van Elder‘s post about how to create a wall of fire for light painting. It looked something like this: 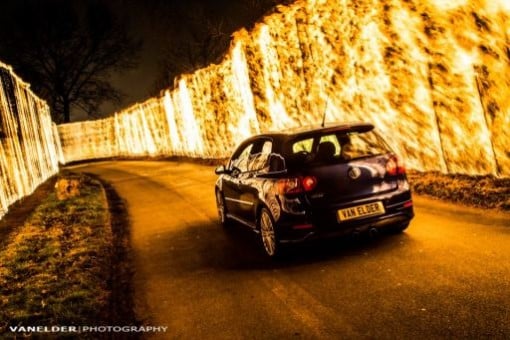 Both Van Elder and myself were asked lots of questions so he came up with two follow up posts that explain some of the pitfalls and keys to make such a photo-shoot a success.

On the first post Van Elder talks about camera settings, speed of movement, post production and some other assorted tips. Here is the exposure chart he made (since this is a bulb exposure only ISO and aperture count) 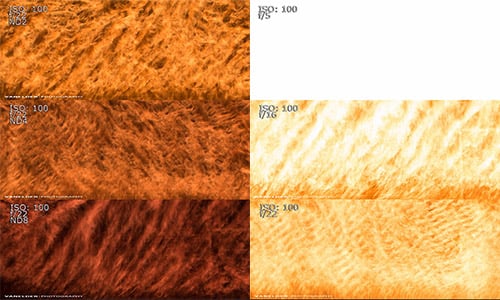 On the second post Van Elder goes DIY and explains how to make a fire painting poll device to hold the Kevlar rope. The build is simple yet genius using two painter polls gaffertaped together. If you were aiming for a dead on straight wall, it’s great. The device also allows for various weird angles of smearing the firewall across the picture. + It’s probably way safer than holding a dangling piece of flaming wire.

Lastly, in a weird coincidence, Benjamin Von Wong used a similar technique to fire painting an artsy dog. As usual Ben does a great job at breaking the ingredients of technique. The tips at the end of the clip are valuable if you are going to try this at home.

How To Create A Wall Of Fire