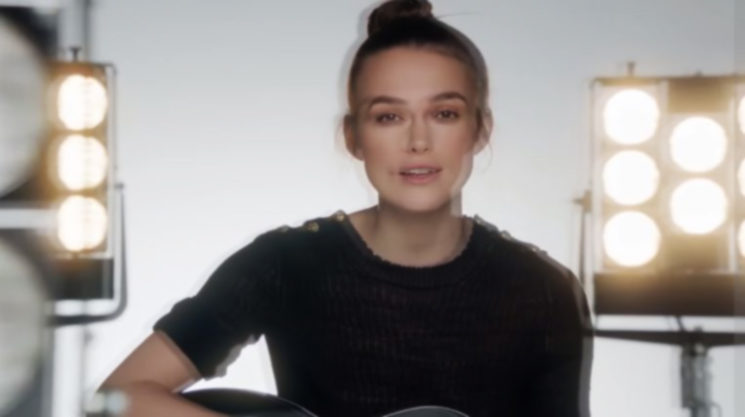 Chanel has launched a new collection of jewelry. It seems, however, that the photos that follow it have caused more reactions than the jewelry itself. The photos feature brand ambassador and famous actress Keira Knightley. They were taken by fashion photographer Sarah Moon, and the reason for strong reactions is that all the photos are blurry.

Vogue has posted the link to the photos on their Facebook page. In addition to the comments on Keira Knightley’s looks, some of the comments point out to the facts that the images are blurry.

Although the campaign has made plenty of people scratch their heads, the thing is – the photos all blurry on purpose. It’s Sarah Moon’s style and she’s known for the almost abstract fashion images. During her long career, she has been featured in magazines such as Vogue, Elle, Harper’s Bazaar and many others. She has also worked for Dior, Comme des Garçons, and Chanel. In 1972, she made the photos for the Pirelli calendar, and she was the first woman who did it.

I’ve read plenty of comments in Facebook groups regarding the photos. And it appears that people can be divided into two groups: the first one doesn’t question the competence of the famous fashion photographer and refers to the images as “masterpieces.” The other half doesn’t find this style compelling and can’t see the reason for launching blurry photos for a jewelry promotion.

Personally, I like some of Sarah Moon’s photos, but her style is generally not what I’d go for. Of course, I’m sure Chanel hired her for a reason since she is a well known and appreciated artist. Still, I don’t think her style works so well with the photos that should promote jewelry, but of course, it’s a matter of my personal taste. You can see the images on Vogue’s website, and feel free to share your thoughts: do you like them?

How To Turn Your Photos Into Beautiful Resin Jewelry

« How to make your own $6 DIY Paracord camera wrist strap
When, why and how to use a light meter to nail your exposure every time »