This guest post was made by Rolf Randby, the same person who wrote the Hot Shoe Adapter article. In fact, This slave trigger was the “trigger” (pan intended) for building the hot shoe adapter in the first place.

There are some Gazillion optical slaves out there. We even one optical slave unit published on this site. So what is so special about this circuitry? Rolf used a PIC (Programmable Interrupt Controller) to give this unit some very nice features: 1. No setup 2. It will work with a red eye setting in your camera. Yep, those annoying red-eye pre-flashes will not trigger the flash, it will “magically know” when the main slash if fired and activate the unit. 3. It will work with all point and shoot cameras.

The instructions, code and schematics included in this article are for personal use only. That means that you can build the unit, use it as a photographer, but you can not mass produce it. If you want to mass produce it, contact Rolf.

Here are the complete specifications if the VeCOSU: 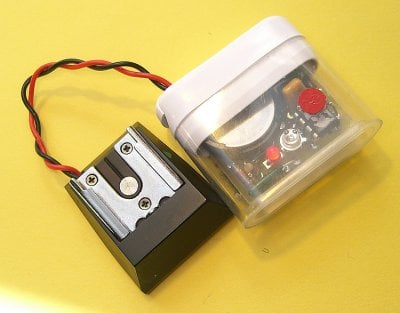 Sounds cool, right? Not so fast! first you will need to learn how to program a PIC. you can start learning here, or here. You can also take the easy route, and contact Rolf for a pre-programmed PIC for a low fee.

Step one – Get your materials:

Here is the rubber band thingy: 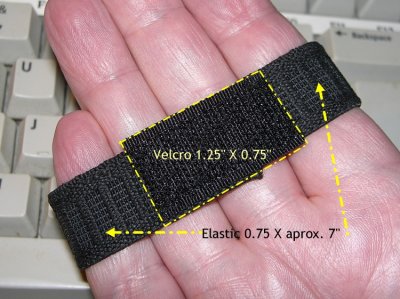 Use the code posted here to do so. You can also look here for some PIC beginner links.

Here are the schematics: 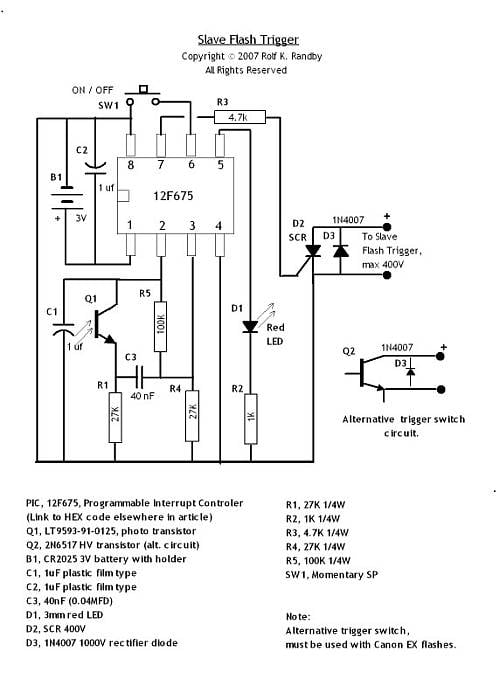 you dont see the 100K resistors because they are under the PIC to save space: 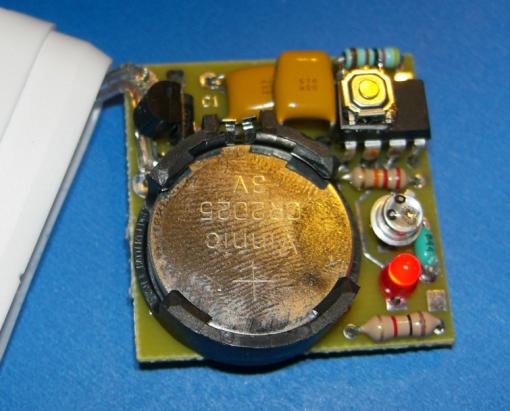 This is a little tricky, because in order to save power we had to start up the PIC in a mode that doesn’t automatically ensure proper start-up, after battery change, the rest of the time it works flawlessly. I it doesn’t start properly, one blink when battery is inserted or one or two blinks when the switch is momentary pressed then disconnect the battery and short out the battery terminals briefly to discharge the capacitor. In some cases this has to be done several times, so don’t panic.

Attach the VeCOSU to a flash, press the button to activate the unit. fire a flash. Everything works? Great!

You can follow the great idea from Rolf, and use a American Value Peppermints dispenser, 7/16″ cut off from the open end. see picture below. Note how the ON / OFF switch is mounted on top of the PIC. When you press on the
red dot the plastic case gives a little and activates the switch 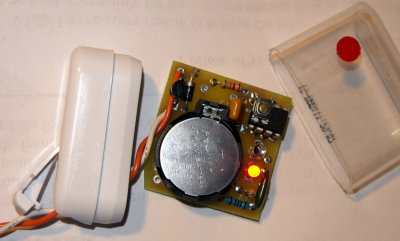 Finally, here are the operating instructions for the optical slave flash trigger

Rolf’s newest unit, with completely new code, in order to be compatible with ALL cameras and ALL settings, will be reviewed here in the near future.

How To Build A Flash (With An Optical Slave)