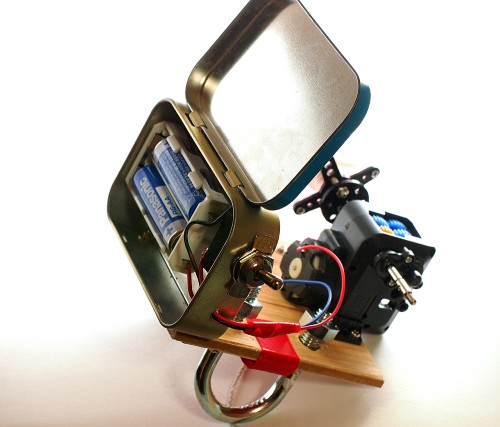 I just love it when people use ordinary stuff to create new gear. Take a Yoyo for example. It’s built to roll and collect wire, reminds you of something? It reminded Marc Cocchio of a basic slider. And indeed a slider was build from a yoyo. Here are Marc’s rough guidelines on how to make a similar device.

(Of course, if Yoyo seems absurd to you, you can always go for a pen or a BBQ Rotisserie.

As a maker, Marc used all kinds of scrap that was lying around and a bit of trial and error, so the tutorial below is set so you can build a similar (yet not an exact copy) of the slider.

The non-cheap portion of this project is the camera, remote and tripod. It’s important to have a tripod with an “arm” that can rotate such as my Giottos MT8361. Manfrotto makes a few cool ones, too.

The most important part is the motor. This is the item which took the most effort to hunt down. I’ve seen rotisserie motors and heavy duty motors, but I really didn’t want to spend much money on an experiment.

This particular motor (with worm gear box) spins at 7rpm. I think I could slow it down more by resisting some of the voltage. I bought mine for about $10 on Amazon Japan, but it’s just a general hobby-motor for RC projects (think slow, like a tank’s turret). 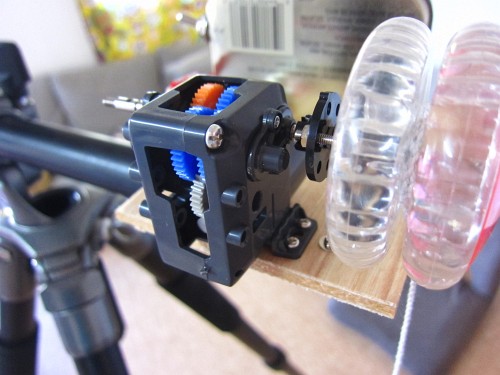 I played around with a few options (as simple as just having the string wrap around the axle), but the yoyo ended up being perfect. The string has no “memory” nor will it easily tangle. It’s a perfect spool. Attaching the motor’s axle to the yoyo may or may not be straightforward… it depends on which combination of the two you end up with. My yoyo had holes lined up perfectly with one of the axle attachments, so I lucked out. Results will vary. 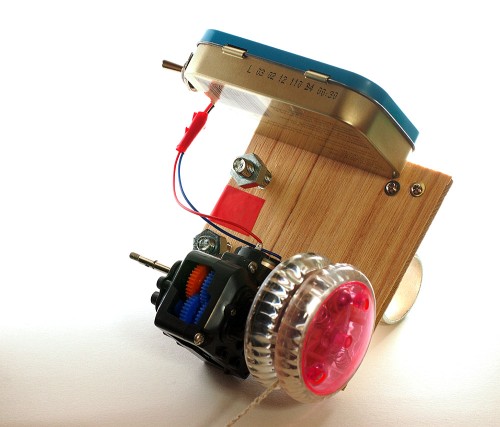 Two AAs and a standard switch inside the (somewhat trite at this point) Altoids mint tin. In retrospect, I didn’t need to put them in a tin; I could have saved space and kept everything uncased. 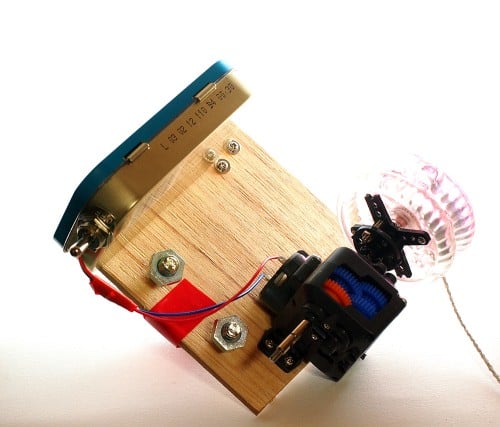 Step 4: A Platform To Mount Your Tripod

I chose a thin piece of wood, because it’s so easy to drill into. Cutting-boards or thin metal would do, too. I found a perfect size mount (see pictures) by bringing my tripod to the hardware store and playing with different metal pieces. The “U-bolt” with a bit of padding (that’s the red square) makes it quick-release without the need of any tools. I just tighten/loosen by hand. 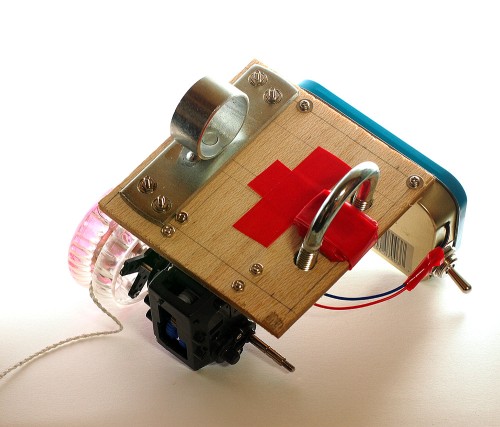 Because the platform is wood, it’s easy to mount anything on top. I made sure the yoyo was farthest from the “center of rotation” of the tripod, so as to maximize leverage. 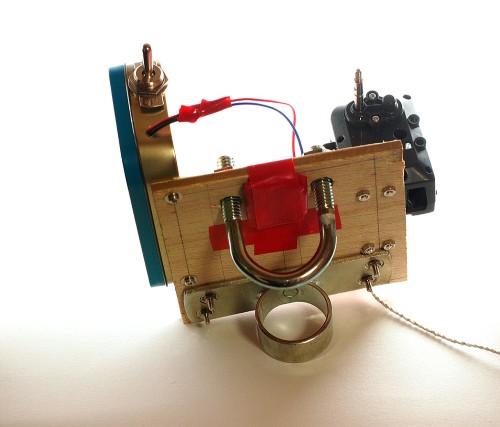 This is a cheap afternoon project, assuming you already have a suitable tripod. This slow motor can easily be added to slider-rails (homemade or otherwise), or even cheaper options (like a skateboard on a smooth surface.) 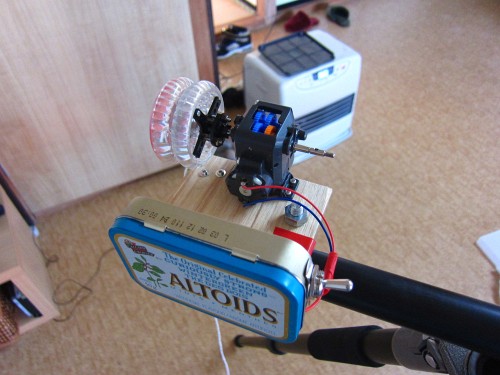 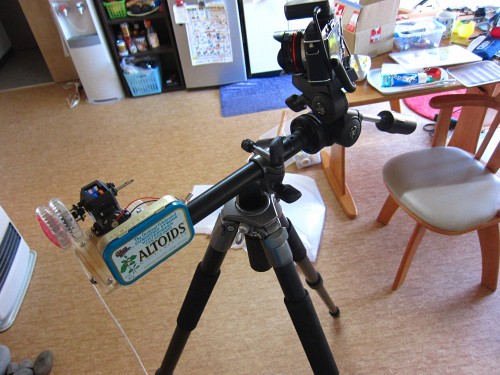 The DIY Camera nerd makers community online is pretty awesome. I know (from looking around) that often the greatest challenge for similar projects is finding a cheap slow-moving motor. I used a hobby “worm gear box,” which you can find at any hobby store or site, and likely amazon. They are cheap, but they can’t carry too much weight (I suspect.) Any more ideas for slow moving motors are always welcome.

How To Build The Easiest Motorized Slider