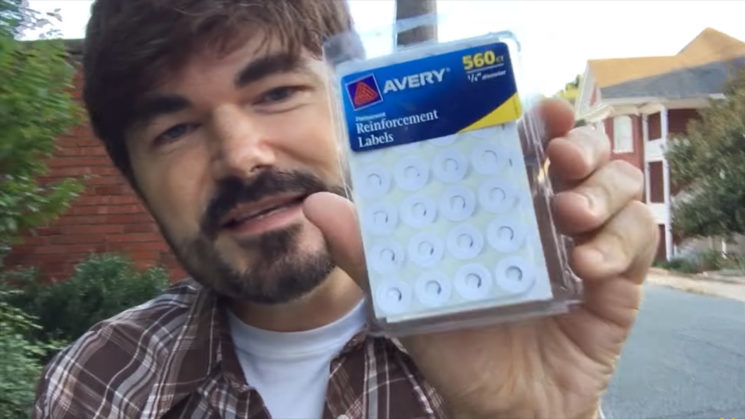 Phones are great for recording video of yourself. The big advantage is that big LCD letting you see what you’re doing while you’re filming. But they also have that big LCD that you constantly stare at while talking instead of the camera lens. So, when you watch the video back, you always appear to be looking slightly off to the side of the viewer. Not at the viewer.

Those using DSLRs, mirrorless or even point & shoots to vlog probably won’t benefit from this one. But this tip from YouTuber and vlogger, Dave Knop (aka, Knoptop) will help to instantly solve that problem with your phone. And all you need are some some sticky labels.

It’s such a simple and ingenious way to keep you looking at the camera. All you need are some round reinforcement labels. You know, the ones you use on sheets of paper in ring binders to stop them tearing. Yup, that’s them.

Simply pull one off the sheet, and attach it to the front of your phone with the lens peeking through the hole. If you’re worried about getting it back off when you’re done, you can just lightly press it against your clothes a few times to remove some of the sticky. It’ll still be strong enough to hold to your phone, but it’ll come off much easier.

If you don’t like the circles and want to get fancy, there are other options. You could cut out some custom shapes. Anything to get you looking at the lens rather than the LCD. 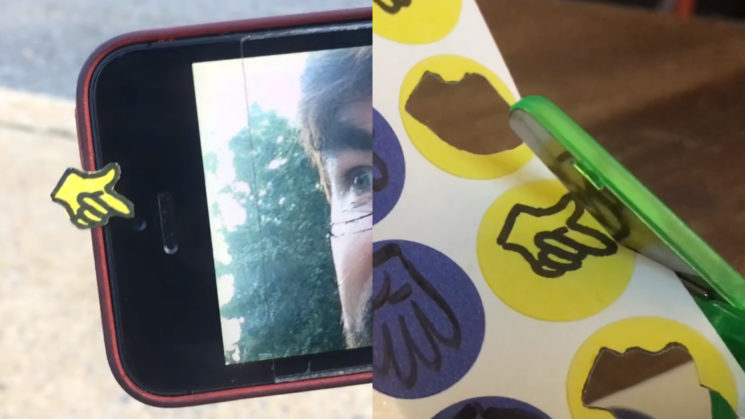 Our eyes are naturally drawn to the brightest thing we see. This not only gives us something to draw our attention, but actually lets us focus on it. Outdoors, that camera on a piece of black iPhone glass can be difficult to spot.

Those vlogging on DSLR and mirrorless cameras also suffer from this affliction of constantly looking at the LCD. I know I do when filming myself with my Nikon D5300. Small compacts like the Canon G7X II and Sony RX100 V are often also plagued with this problem. Those of us using such cameras will just have to get used to it.

But for those vlogging with a phone, or just making short videos to send family and friends, this will make a big difference.

Take these five steps to instantly improve your portraits

Follow these five steps to instantly improve your location portraits