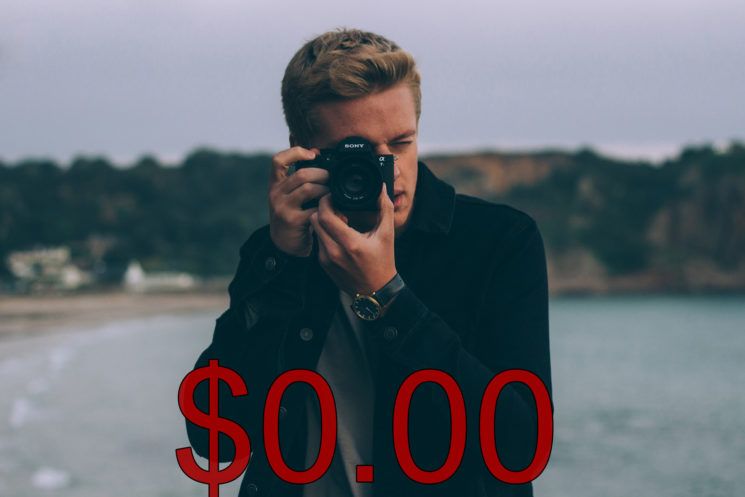 Urban Outfitters offered undergraduate students internships in photographic studio production and styling. The lucky ones will get a full-time position in the London office of the company for a whole year. Sounds too god to be true? It is.

The internship is unpaid for the entire time of its lasting. True, it’s not forbidden the law, but the problem is that not many students can actually afford this. Urban Outfitters would cover travel costs, though, but there’s a catch. Only those living in central London would get the paid costs. Those traveling from the suburbs would have to cover their expenses themselves.

All this raises an issue – are unpaid internship actually reserved only for the rich kids?

Educational charity Sutton Trust warns that this trend of unpaid internships disables social mobility. It puts in the favorable position those who have independent means, wealthy parents or access to free accommodation. And it sounds reasonable. If you have the time to serve as an intern full-time and you’re still financially supported, you need to have a good monetary background.

Urban Outfitters defended their approach by stating the following: “Unpaid internships are legal under UK law, as long as the intern is a student at an accredited college or university and will be receiving academic credit for the internship.” Sounds fair in theory, but it’s not really fair in real life. This means that they’ll get a decent job done, and pay nothing for it. It sounds more like exploitation than the internship.

According to the Guardian, the unpaid internships are a growing trend. I’ve also noticed it where I live, as unpaid positions are often offered to students or those looking for their first job. And here, the companies act like they’re doing you a favor. You get to work for free, full-time (even overtime), and get “references” and “exposure.”

All in all, I believe that a company whose reported earnings are expressed in billions should be able to afford a paid internship for the students. This would be the only way to give an equal chance to all the talented young photographers out there, no matter their family and economic background.

What do you think? Should big companies start paying for the internships? Or the students should be grateful for the opportunity and rely on the exposure they’ll get?

Netflix’s “Love is Blind” seeks a photographer for five weddings, pays in exposure

« DJI offers $145,000 for finding drone pilots who disrupted flights in China
“The Shwop” lets you turn any softbox into a reflector »