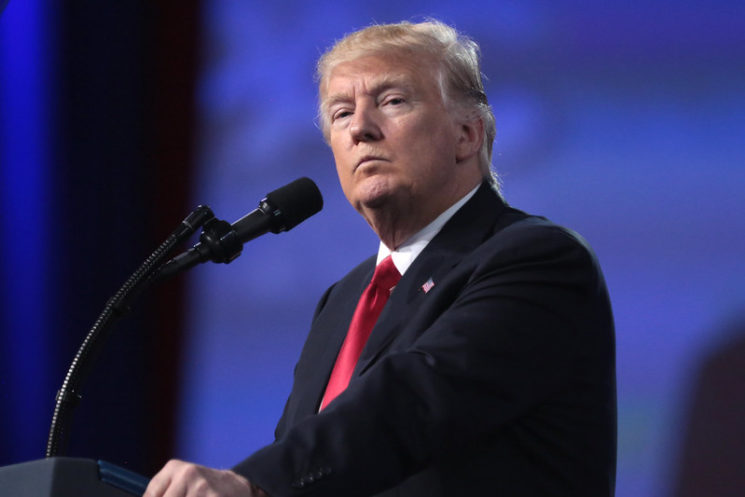 Twitter, Instagram and its parent company Facebook recently removed Donald Trump’s video from its platforms. The video contained photos of protests that prompted after George Floyd’s death on 25 May. One of the photos was a subject of a copyright complaint filed by the copyright holder.

As for YouTube, its parent company Alphabet Inc. said that the video wasn’t identical to the one shared on Twitter. There was reportedly no photo in it that induced the copyright complaint on other platforms, so the video remains on YouTube.

After it was removed from other sites, Trump complained on Twitter about it. “They are fighting hard for the Radical Left Democrats. A one sided battle. Illegal. Section 230!” his tweet reads. Twitter Chief Executive Jack Dorsey responded: “Not true and not illegal. This was pulled because we got a DMCA complaint from copyright holder.”

Not true and not illegal.

This was pulled because we got a DMCA complaint from copyright holder. https://t.co/RAsaYng71a

It wasn’t clear which of the photos induced the complaint, considering that there are many of them in the video. But this isn’t the first time Donald Trump’s videos have been removed due to copyright infringement. The New York Times reports that it happened at least twice before. Before the latest incident, Twitter removed Trump’s video with soundtrack of The Dark Knight Rises and Nickelback’s Photograph.