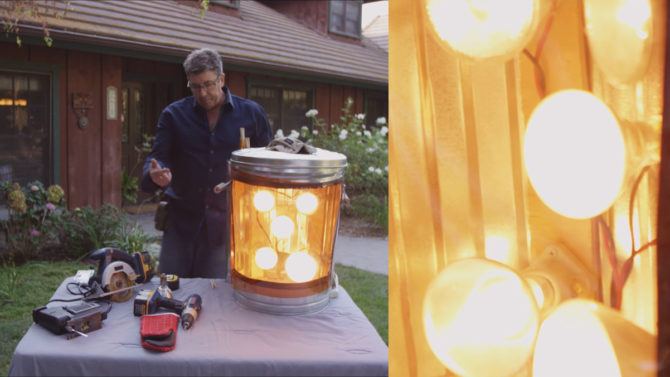 Shane Hurlbut has worked as DP on some great Hollywood movies and Terminator Salvation. But, despite the huge budgets often afforded him, he doesn’t sniff at the idea of DIY solutions. Some of Shane’s more recent work has been on the AMC show Into the Badlands. During the filming of the show, actors had to be lit by fire, or something that closely resembled it.

Simulating firelight is fun, but often requires a lot of lights and equipment to get a realistic look. Shane loves shooting with firelight, but decided to take a DIY approach to achieving the effect. He converted a big metal trashcan into a firelight simulator. In this video, he’s going to show us how he did it.

The basic process is quite straightforward. The first step is to determine what will become the front of your trash can, and then cut a big hole in it. After filing down the rough remaining edges and covering them with tape the next step is to reinforce what’s left. Trash cans can be relatively flimsy to begin with. So, you can imagine how they get when half of it has been cut away. 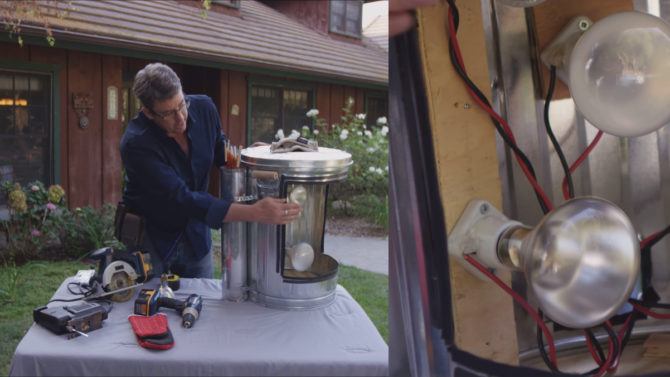 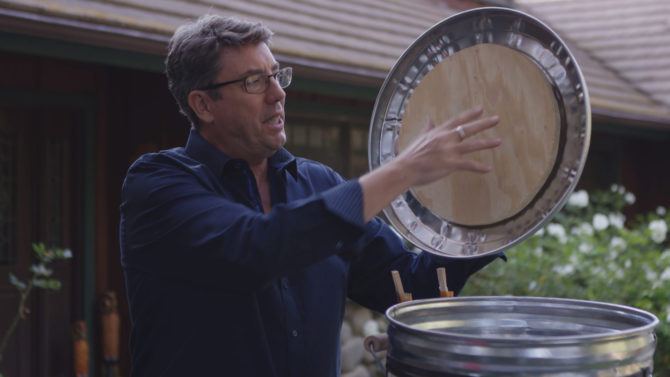 It also offers double duty to help prevent too much heat from building up on the lid. I’d still suggest using gloves to remove it after the lights have been on for a while, though. It also offers another location to which you can add more lights if needed.

The trash can being metal means that you can attach magnetic objects to it. In this instance, magnetic tape becomes a great way to hold gels over the opening of the trash can to achieve a desired look. Shane uses CTS (Color Temperature Straw) gels over the front opening to get the colour more closely matching fire. 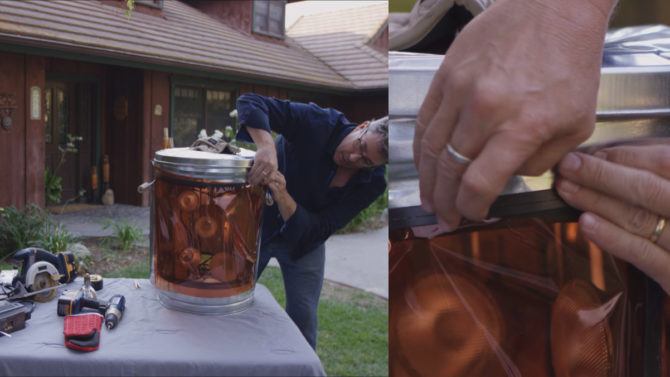 Attaching gels this easily makes for some interesting possibilities. You could go also with a CTB gel for some blue fire special effects.

Shane wires the lights in three circuits. This gives him individual control over each set, and is what allows it to give that realistic fire look. Different parts of a real fire glow at different brightnesses that constantly fluctuate.

The bit that makes the magic happen, though, isn’t quite so DIY. Shane uses the Magic Gadgets Shadowmaker to control the lights. Depending on how handy you are with a soldering iron, though, you may be able to make a your own unit to “flicker” the lights safely. 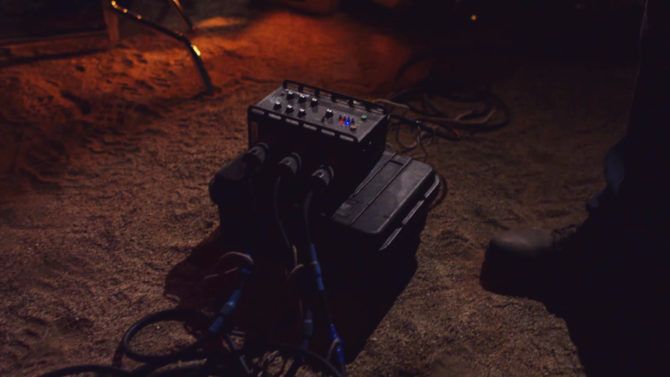 If you’re shooting stills, flickering the lights isn’t going to really be required. It’s not like anybody would notice the light isn’t flickering in a still photograph. If you’re shooting video, though, lights that don’t flicker will become obvious. If you don’t want to shell out for the Shadowmaker, or build your own device, you could also just obscure the front of the lights.

Streamers attached to a fan blowing across the lights, for example, could also offer a subtle flickering effect. It may not be quite as realistic as actually flickering the lights themselves, though, depending on the look you’re after. And if you are shooting video, you’ll also have to worry about microphones picking up the noise from the fans.

Shane used 16 of these on set at once during filming of Into the Badlands to simulate light from torches around the walls of the location. The results were extremely effective.

I always find it amusing when people look down on DIY solutions to photography or video problems, as if they’re something to be sneered at. DIY options bring innovation. They give us an edge and something a little different to everybody else. It wasn’t too long ago that most of photography’s lighting solutions were hand built rather than purchased.

Have you built similar devices to simulate fire or other types of lighting? What other options can you suggest to make the lights flicker besides the Shadowmaker? Let us know your thoughts and show off some of your DIY lighting creations in the comments.

The Crapinon 135mm – A DIY lens built from trash

Use Nikon’s Lens Simulator to Pick Your Next Lens (Non-Nikon Shooters Too!)