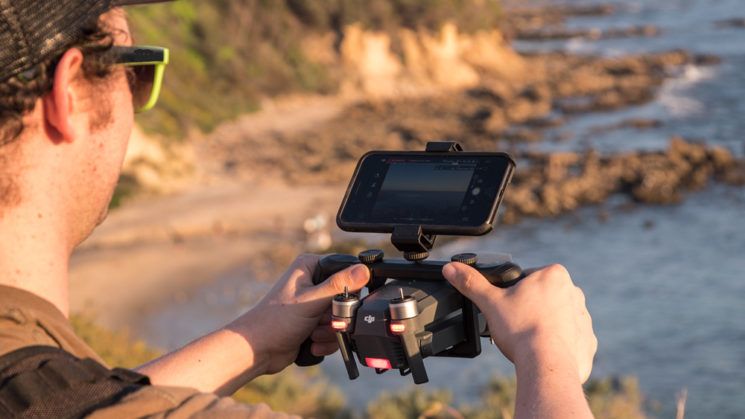 As far as wacky ideas go, this one actually seems pretty useful. Using a drone with a gimbal stabilised camera as a handheld rig isn’t a big secret. I know a few people who’ve done it, and I’ve tried it myself a couple of times, too. But they’ve all been fairly basic. Either they’re using a Phantom and simply holding the landing gear, or it’s a quickly put together DIY rig.

This, though, is pretty cool. It’s the Polar Pro Katana, and it turns your Mavic Pro into a handheld gimbal stabilised camera. This is the first time I’ve seen a ready-made solution, though. I wonder if it was possibly inspired the DJI Inspire 2 launch with a film which was shot by a drone using this exact technique.

There was a lot of hype about GoPro Karma’s removable handheld gimbal. Personally, though, I think this solution is much better if you want to do anything a little more serious. Although it will depend on your needs. Gimbals that you can hold in one hand are very useful. I’ve got a Zhiyun Smooth C that I use quite regularly if I know I’m going to be out filming anything with my phone.

But, for anything a little more “cinematic”, I think this would be a better option. For a start you have two hands on the rig, which will help to create a more fluid movement. You also have your thumbs right over the sticks so you can more easily move the camera independently of your own motion. 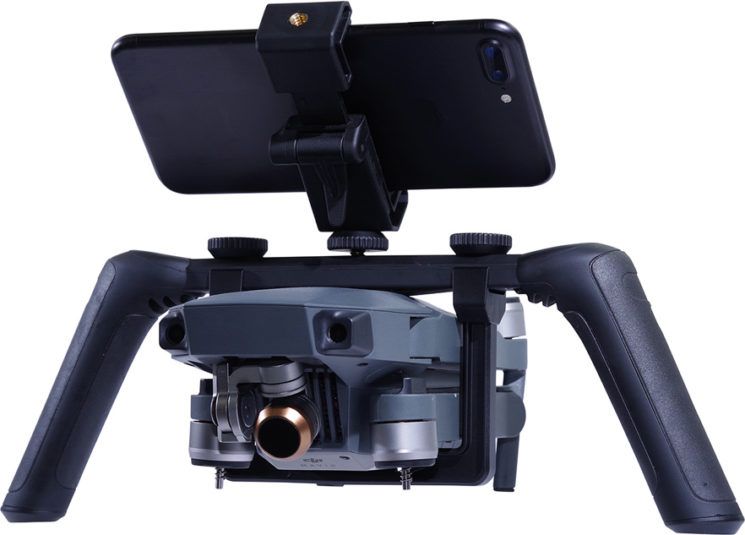 The only problem with using this setup, though, is that the Mavic doesn’t record its own audio internally, from what I’ve been told. You could, however just record audio separately and sync in post. Chances are, though, if you’re going to go to the effort of doing something like this then you’re probably already doing that anyway.

Setup looks pretty simple. It comes as half a dozen pieces that pack down small into your bag. In the video above, it goes together pretty quickly, too.

Given the Mavic’s size, this looks like a great option, and easy to handhold. Certainly a lot easier than trying to do it with a Phantom or Inspire. If you already own a Mavic Pro, it’s a lot cheaper than buying a separate handheld gimbal for your phone.

The Katana costs $49.99 and is available from Polar Pro’s website.

[via We Talk UAV]