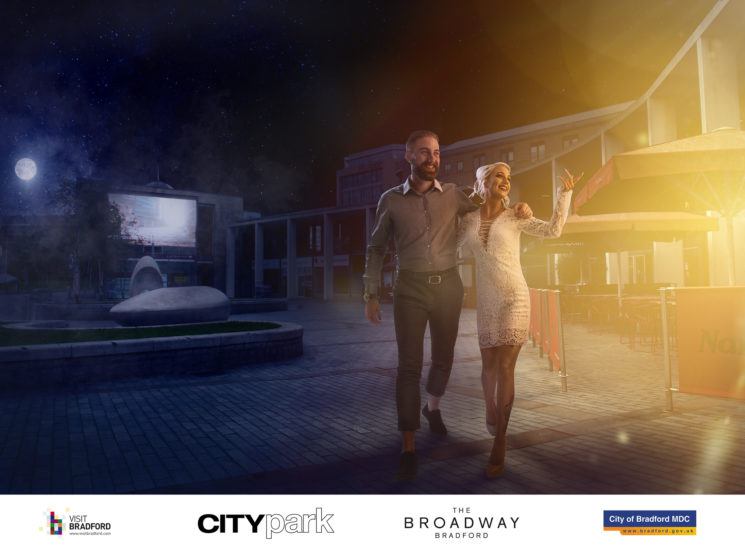 Recently I created a series of composite images around my home town. I shot the locations early one morning, then shot the models a week later in my home studio. One of the images was going to show a couple out at night, walking past the city nightlife. Being one not to make things easy on himself, I decided I would shoot the location in daylight, and change it to night. Now I know I will probably get lots of comments, which I have already on Facebook, saying why didn’t you just shoot it at night. The answer is I didn’t want to. I wanted to challenge myself. I knew I would learn some valuable lessons whilst doing this. This is how we grow. Also the location would have been a nightmare to shoot at night. It is usually full of drunk people enjoying the beer of the city.

So without further ado, lets play God, and turn day to night! But before we start here is a speed edit of the whole image!

So here is my image straight out of camera. As you can see by the empty beer glasses, it looks like it was a busy night. 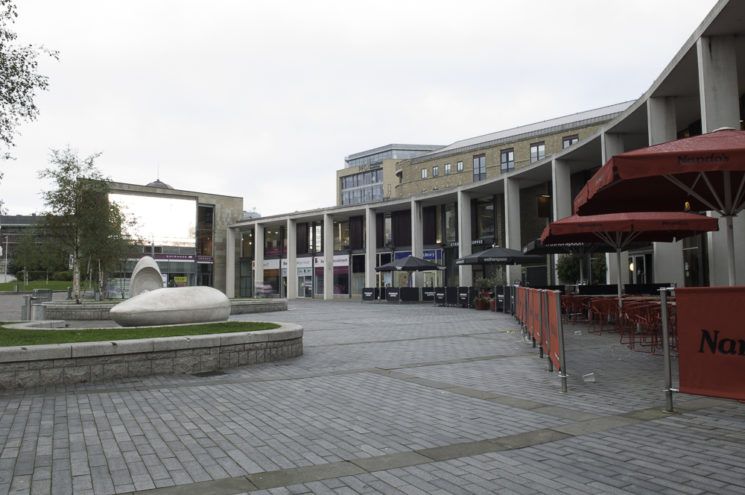 My first task is to mask out the sky. To do this I used the pen tool along the building edges, stopping before the trees. I used the brush tool to mask out the sky around the trees. As you can see it has painted some of the edges soft. But do not worry. As the image is all planned beforehand, I knew that there was going to be mist and light flare from the moon, so it would blend in perfectly. Cheating, I know….but its about being efficient. Why spend ages cutting out the individual leaves, when it wont be fully visible! 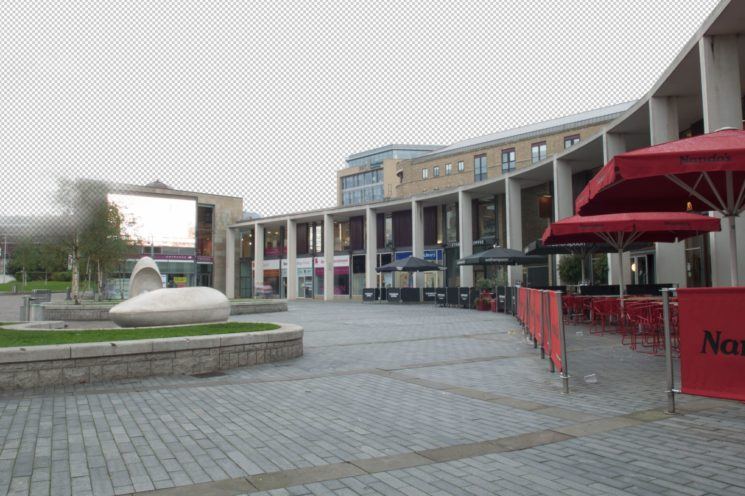 Next I added in the night sky. Make sure you choose a dramatic or interesting night sky if it is going to be prominent in your image. You don’t want over a third of your image to be just black. Not finding anything suitable in my own library, I found a good stock image on Pixabay. 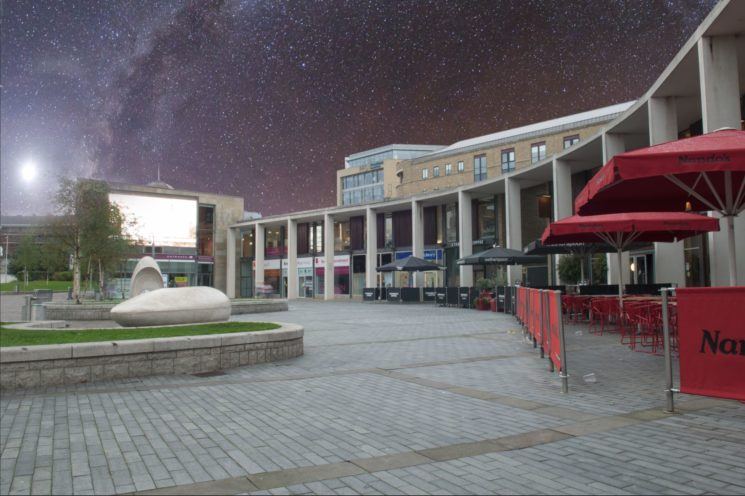 Now it is time to make your sky, and your background match. First off we need to match the tone of the two. I did this by pulling down the highlights using curves to give the tones a more flat feel. The image is set at night, so there wouldn’t be many hightlights. 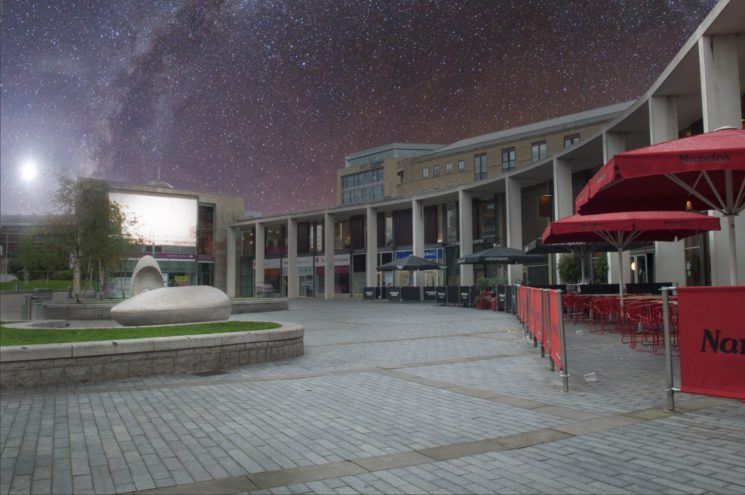 Next I added another curves adjustment layer, and this time pulled down highlights again, but also the midtones. This was to lower the tone of the image to the same darkness as the night sky. As you can see, they fit together a little better now. 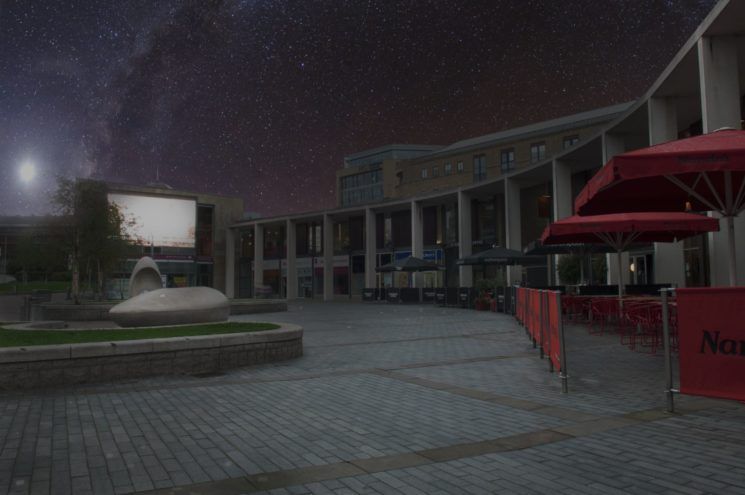 Now we have the tones matching it was time to add some colour. At night you get blue tones, so I added these by using a colour balance adjustment layer. In the sliders panel, I changed  the highlights, midtones, and shadows towards the blue and cyan side. I have quite a painterly/stylised feel to my work so I like to push the colour a little further. 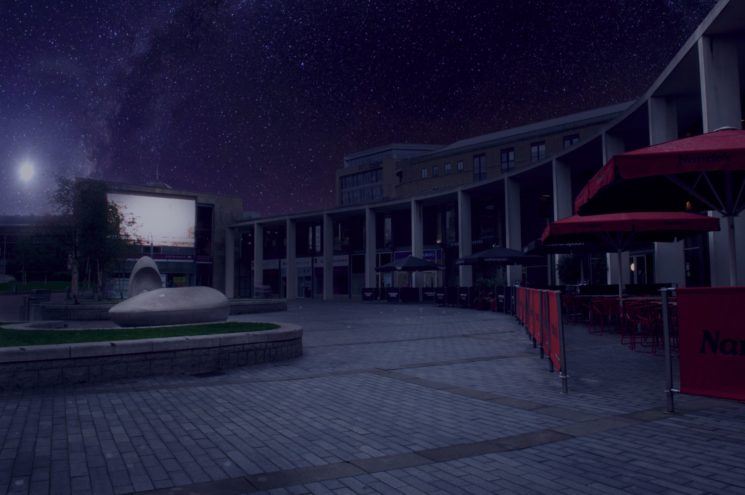 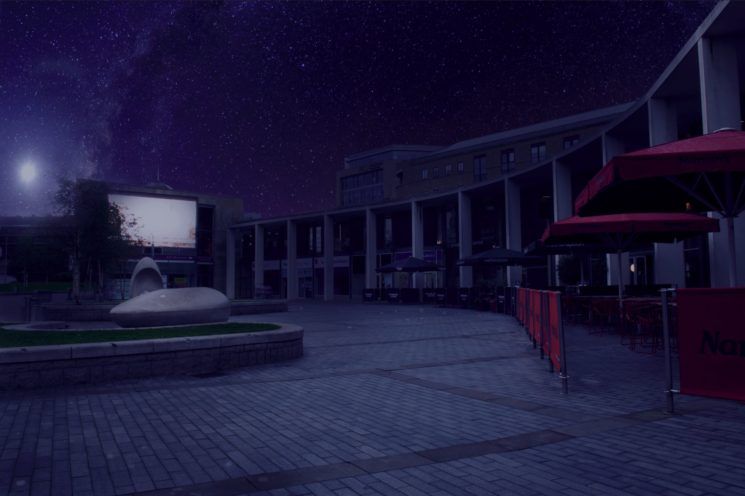 So with some good night colour down, and the image looking pretty goddam night time like, it was time to add the moon and a little atmosphere. Again, not being able to find a good moons in my own library, I found one on from a stock site, already cut out. All I had to do was bring it into the layers panel and place it. To get the glow, I used a curves adjustment to pull up the highlights. Over the top I then painted in some white on a screen blend mode, with the brush tool. Next I wanted to add a little atmosphere, as if the moon rays were hitting some atmospheric mist. I did this by picking my mist brush in Photoshop. And on a blank layer, at a low opacity, brush in various stages of mist. If you go overboard add a layer mask, and with the same brush, gently mask some back out. 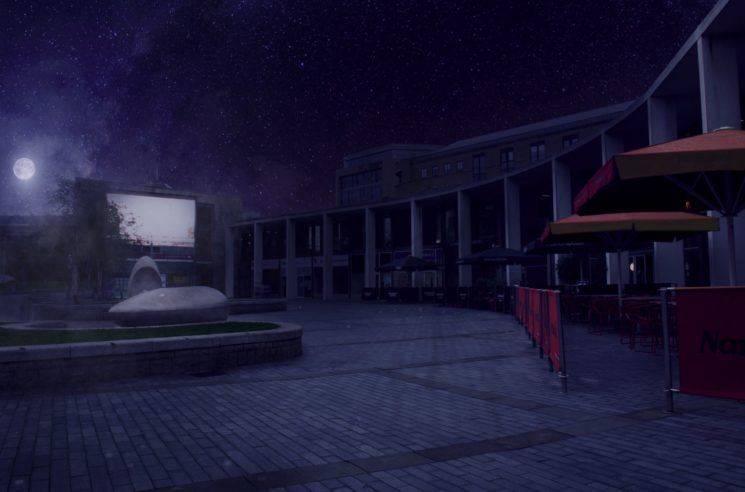 By the almighty powers off Photoshop! You now have a moonlit night time background!!!

Thankfully the other images were shot through the day, but again each image had its challenges. And through these challenges I now know where I am lacking, what I need to brush up on, and how to tackle it next time. 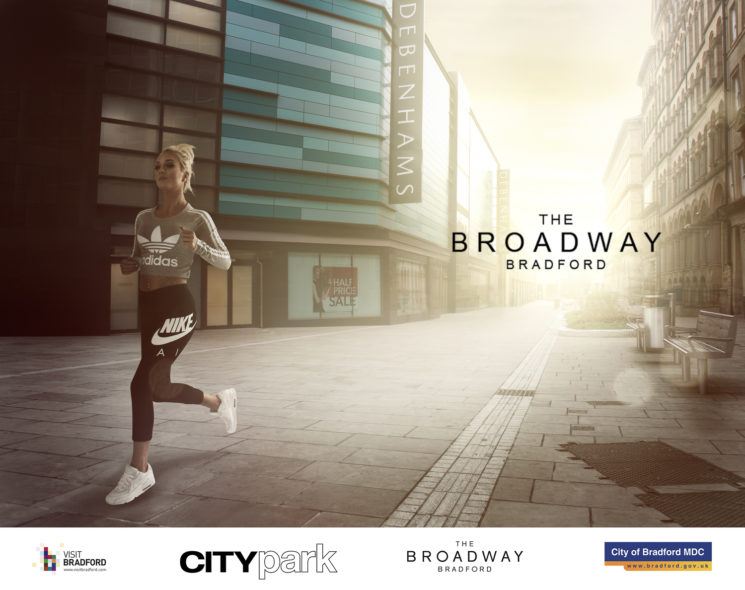 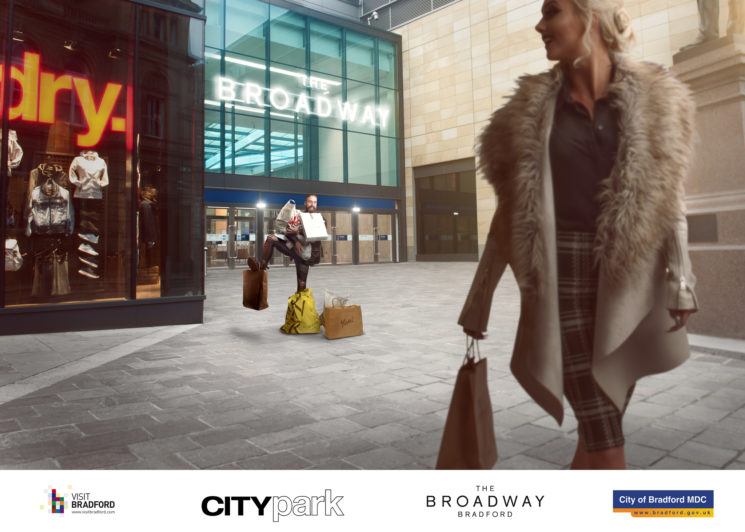