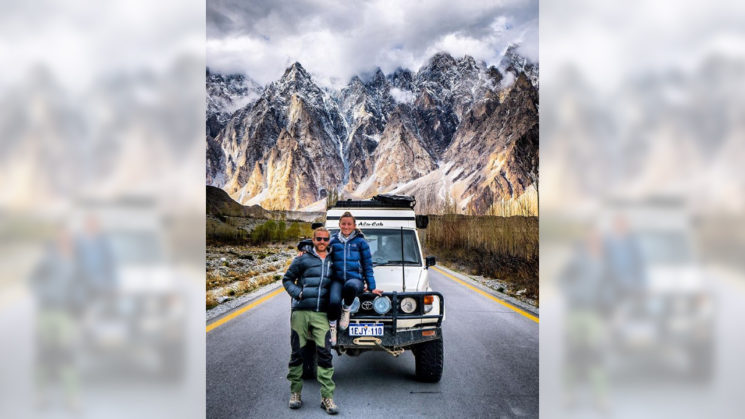 Travel bloggers Jolie King and Mark Firkin were arrested in July for flying a drone without a permit near Tehran, Iran. The couple, known on Instagram as T.W.O. – The Way Overland, was facing up to ten years in prison. However, they have now been released, reportedly as a result of a prisoner swap.

In 2017, King and Firkin quit their jobs in order to travel the world together. They started the journey in their native Australia and planned to end it in London, sharing their adventures on social media. They suddenly stopped posting about the trip this July because they got arrested, as it later turned out. At the time, their families called their detention a “misunderstanding” and said that the couple was “unaware of the strict drone laws employed by the country.” However, some sources reported that Iranian authorities had informed Jolie that she was being detained in the hope of a prisoner swap.

According to The Guardian, the couple’s release was indeed the result of a prisoner swap. This source writes that an Iranian doctoral student who had been detained in Australia was freed at the same time as King and Firkin. The student, Reza Dehbashi Kivi, was held in a Brisbane jail on sanctions-busting allegations for 13 months.

However, the Australian government denies the prisoner swap. Australia’s foreign affairs minister, Marise Payne, told The Guardian that the couple was released after “very sensitive” government negotiations. “The ordeal they have been through is now over, they are being reunited with their loved ones,” she added.

Indeed, what’s most important is that the couple has been out of jail. This could have ended much worse when we think about the sentence they were initially facing. Just imagine spending a decade in prison just because you flew a drone without a permit! So, let this case be a reminder to always check the local laws and regulations before flying a drone, or even taking photos. Better safe than sorry.

Photographer Shares the Heartbreaking Horrors of Leprosy in Iran