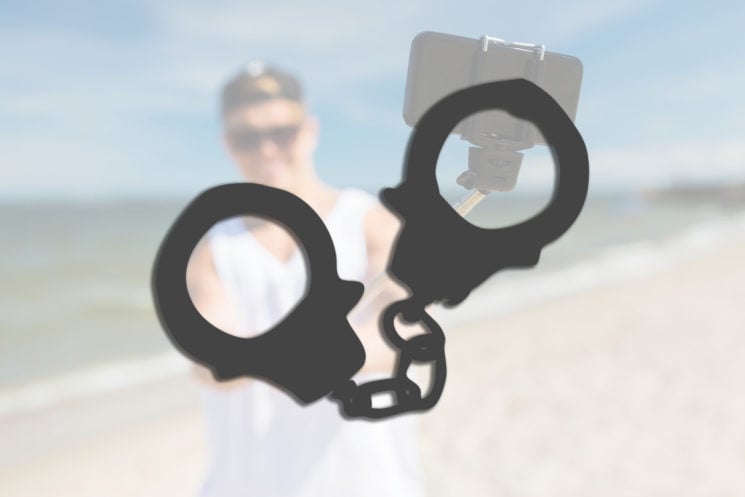 Sharing photos of your exotic vacation on social networks can be a double-edged sword, especially during the pandemic. For a 23-year-old tourist from New York, posting photos from his trip to Hawaii had him arrested. He reportedly broke the mandatory quarantine, and it was his Instagram photos that gave him away.

According to CNN, the man arrived in O’ahu last Monday. Because of the current pandemic, Hawaii requires all travelers to be in quarantine for 14 days upon arrival. However, the man reportedly posted numerous photos to Instagram, showing him on the beach. “Authorities became aware of his social media posts from citizens who saw posts of him — on the beach with a surfboard, sunbathing, and walking around Waikiki at night,” the statement reads. To make things worse, the man allegedly used public transportation to get to all the places shown in his photos.

At the time of writing this, there are 640 confirmed cases of COVID-19 and 17 deaths. To stop the virus from spreading, all travelers need to sign the mandatory order to stay in quarantine for two weeks. They are also required to sign a document to acknowledge that “they understand violating the order is a criminal offense and they are subject to a $5,000 fine and/or a year imprisonment,” writes Hawaii Department of Transportation.

Apparently, the New York Tourist didn’t follow the rules, and his Instagram photos proved it. CNN reports that he got arrested was for violating the quarantine rule, but also for “unsworn falsification to authority.”

This isn’t the first time social media photos caused legal trouble during the pandemic. Last month, a couple got fined after posting vacation photos to Facebook. However, they were last year’s photos, so they got off the hook. As for the tourist from New York, he violated the rules and posted this year’s photos while he was supposed to be in quarantine. Therefore, he is facing the $5,000 fine or imprisonment.