Have you noticed that most mobile photography apps are just silly gimmicks?

I have no interest in photography apps that add crazy filters or pink sparkles and speech bubbles to cat photos.

I also don’t care if an app is free or it costs two bucks.

So in this post, I thought I’d share what I think are some of the top Android photography apps for serious mobile smartphone photographers. 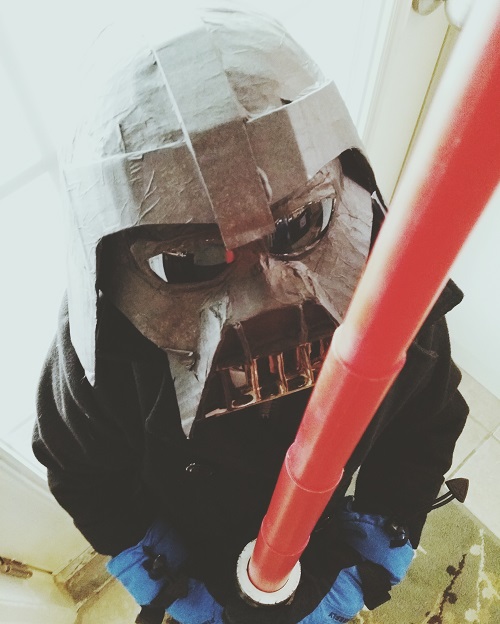 Before we get started, I’ll be the first to admit that I am not a seasoned smartphone photographer.

The apps discussed in this article are simply apps that I have discovered that work for me and that I recommend.  I would love to see a more in depth discussion in the comments about our reader’s Android photography app recommendations.

I recently upgraded from ye olde Blackberry, which I pretty much never used as a camera.

I’ll probably date myself here too, but right now, my philosophy towards smartphone photography is basically as a camera of last resort – ie. if no other real camera is available (DSLR, mirrorless, point and shoot, pinhole), only then will I resort to taking photos with my smartphone.

But, now that I have this spiffy new Android mobile smartphone, I thought it would be worthwhile to really explore what I can do with it as a tool for serious photography. 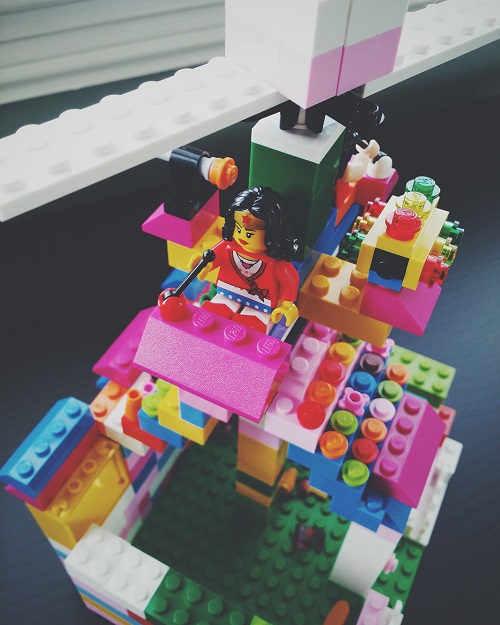 And please, let’s avoid the Android versus iPhone arguments.  This post is for Android users (although some of these apps are available on iOS too) – we all know how much you love your iPhones, how great iOS is for creativity and that we’re idiots for buying Android smartphones.

The built in Android camera app is actually surprisingly good (I’m coming from the world of Blackberry).  You can manually set the ISO, focus, flash settings, exposure compensation, metering etc. – but all of these settings are buried inside of menus, so they are hard to use on a regular basis. 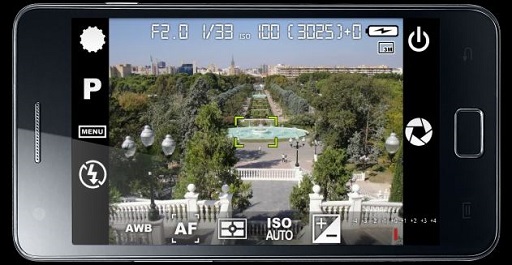 Camera FV-5 is the best Android Camera app that I have found.  I like it so much that I have replaced the default Android camera app on my smartphone’s home screen with Camera FV-5.

Camera FV-5 essentially takes all of the built in camera control functions that are buried in menus and puts them all into an easy to use DSLR’ish looking interface.

Camera FV-5 also has a histogram which is fantastic for experienced photographers.

There is no manual mode, or aperture priority (I am guessing that the aperture of smartphone cameras cannot be adjusted) and the shutter priority mode isn’t really that usable – so you are basically left with good old program auto.

But I find that having the histogram and the exposure compensation slider always available is indispensable for any sort of serious Android smartphone photography. 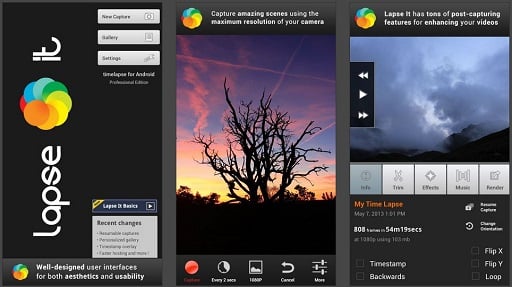 Camera FV-5 and many other Android camera apps include an intervalometer, but I find Lapse It infinitely easier to use.

Lapse It also has the major bonus of being able to produce fully edited time lapse videos right in your phone – you don’t have to export your photos and use an external video editor.

Other Android camera apps that look promising, but I have not tried include ProCapture and CameraMX

I don’t go to the grocery store in my pajamas, and I don’t share unedited photos with the world.  I also think that real photo editing involves an old fashioned desktop computer and a giant calibrated monitor. 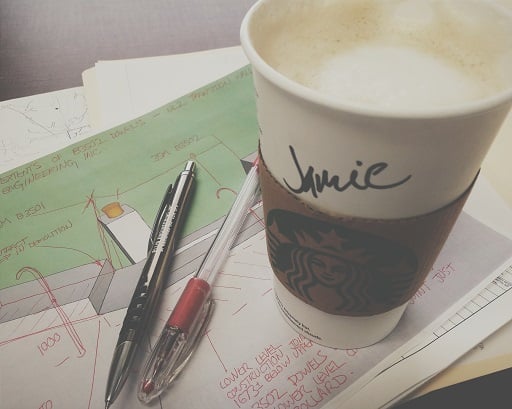 However, I will concede that there is defiantly a place for one touch photo filters and basic slider mobile photo editors. 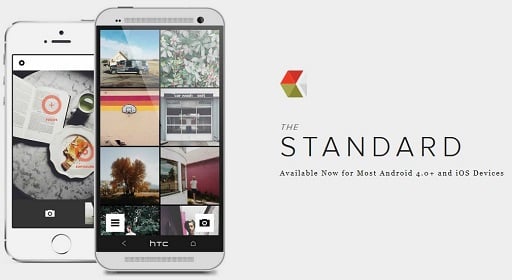 VSCO Cam is an Android photo app that applies vintage styled film filters to your smartphone camera photos.  Although I personally really hate the classic “Instagram look”, there is just something about VSCO film filters that look great and feel more authentic.

You can apply VSCO Cam film filters with one touch, or you can fine tune the effect with a number of adjustment sliders.

VSCO Cam also offers an online community for sharing your VSCO Cam edited photos, but I already have enough social media places to share my photos – the last thing I need or want is another one.

I have been using this app more and more over time as the vintage film look is growing on me.

Snapseed was originally created by respected photo editing software company Nik Software, although it is now owned and operated by Google.

I find most of the default Snapseed photo effects a little too gimmicky for my tastes, but there is no question that there are some very powerful photo editing tools here. 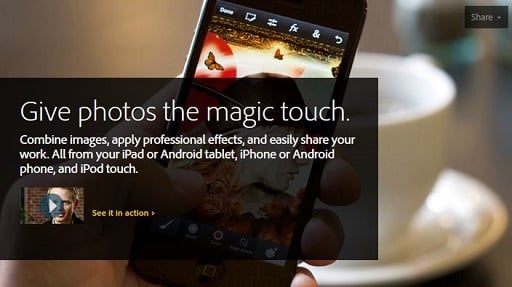 Photoshop Touch is definitely one of the most sophisticated mobile photo editing apps available, but that is also something that I don’t really like about it.

I figure if I am going to be doing detailed photo editing with selections, layers and blend modes, it’s not going to be on my smartphone or tablet.

But, if for some reason, you really need do something more advanced than just basic slider adjustments to edit your photos on your smartphone or tablet, Photoshop Touch is your most advanced option.

By the way, in case it isn’t apparent, the editorial images in this piece are meant to be an ironic commentary on the current state of smartphone photography.

Essentially, I needed some photos for this post, so I took a few mediocre smartphone snapshots of a bunch of random crap around the house and applied some filters. 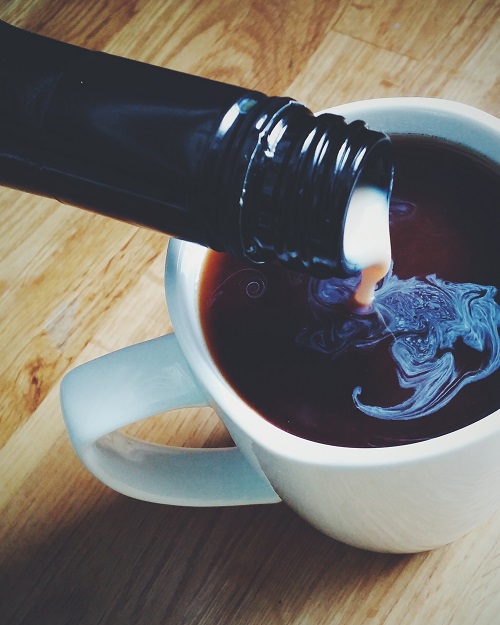 What Are Your Favorite Android Mobile Photography Apps?

Leave a comment below and let us know what Android mobile photography apps you love.