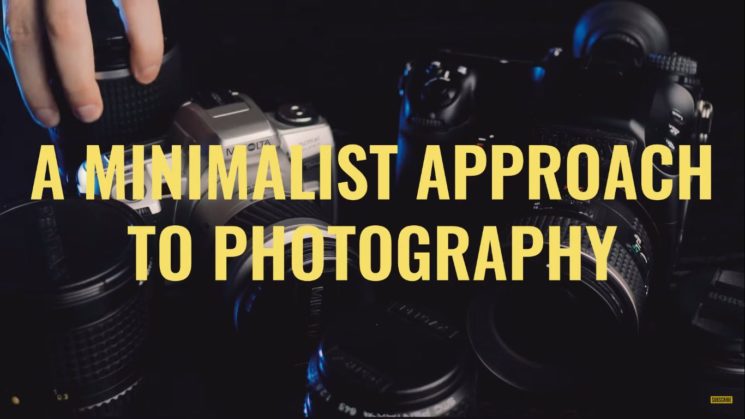 Some people see minimal gear as a limitation, while others rather see it as a challenge and possibility. Buying less gear will save you lots of cash, that’s for sure. But Joris Hermans believes that a minimalistic approach to gear is also good for your photography and creativity. Let’s see how it improves them.

Joris shares some of his impressions and experiences regarding the gear he’s used. He even went through his photography college using just one camera and one 50mm lens. After that, he added one more lens to his setup, so he did all his documentary projects with them.

Of course, it’s not bad to have a backup camera, especially if you do client work, or travel to do your photography work. Still, for personal projects, it’s often enough to keep it simple. There are several perks of going out and shooting with just one camera + lens in your bag. Other than being easier to carry it around, this setup also forces you to be more creative, to think outside the box. Also, you won’t overthink about which lens to use. Instead, you’ll focus on the world around you and capture its beauty.

Other than personal projects, Joris has even used the minimalistic setup for some assignments (with a backup camera in his gear bag, of course). He adds that you can sometimes do a lot more with just a single lens and a camera, even when shooting for an assignment.

Joris argues that many of us believe in the so-called “myth of ‘I don’t have.’” For example, “I don’t have [this lens] so I can’t start [that project].” It often discourages us from shooting, and the truth is that we can do so much with the gear that we already have.

Last but not least, as we all know – gear is expensive. Sure, you need to invest in your gear, but you shouldn’t overspend. First, you can buy minimum gear. And second, when you want to buy something new, you can sell something old. This way you’ll be left with a lot more money to invest in experiences like travels and such. And of course, you’ll take some awesome photos of these experiences.

As a hobbyist photographer, I tend to agree with Joris. I’ve never had the so-called “Gear Acquisition Syndrome,” I only have the gear that I absolutely need, although I do love buying affordable accessories. Also, I often go out with just one lens on my camera, I feel much more relaxed even though I’m limited with the focal length. Lastly, when I want to buy something new, I sell something that I don’t use anymore. Except for my very first DSLR, though. I can’t afford everything, so I always choose to invest in travel and concerts than tangible things. As a friend always tells me, “happiness is in experiences, not in material things.”

Still, if you are a professional photographer, you likely need more gear than I do. However, it’s still good to think about what you really need and to allow yourself to sometimes just go out and shoot with the simplest possible setup. If nothing else, it will boost your creativity and you’ll have lots of fun.