Andrew Hall creates light painting orbs like no other I have seen before. And I have seen all kinds of orbs. It almost seems as if they are directed in some way. In fact his orbs are so unique that his work is decorating book covers and featured in magazines. 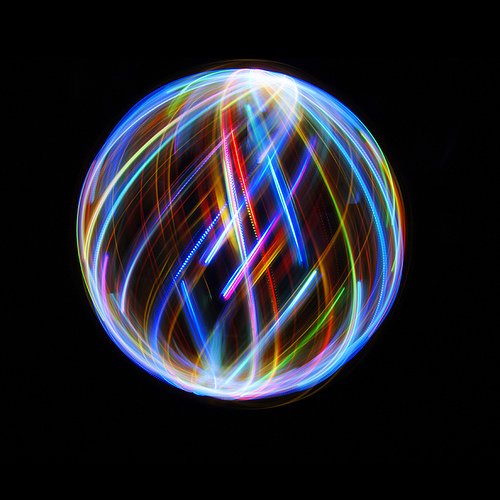 I asked Andrew a to tell DIYP readers a little bit about the orbs. The story is quite interesting but the process remains a trade secret for you hackers to explore in the upcoming nights …

“I have been working on the technique I use for making the orbs, helixes, physiograms and spirals you see on Flickr since about 2010 and I’m constantly tinkering with it as new tweaks open up new possibilities.

“As you probably know, the shots are basically long exposures (up to 20 seconds.) of LED’s of various shapes and sizes moving in a darkened studio.

“I create the orbital patterns by attaching the light sources to a spinning rig, which itself is attached to a rotating base… … Suffice to say, the device allows me to spin the lights on two different axes simultaneously and any speed, either clockwise or counterclockwise. 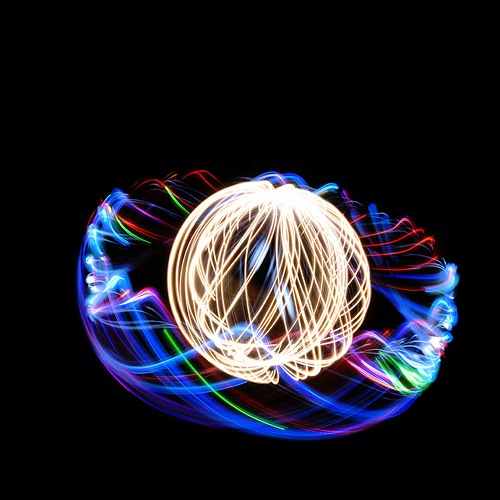 Interestingly, Andrew started the rig after seeing how perfect hand-painted orbs can be.

“When I first began experimenting with long exposures in the studio like this, I was fascinated by some photographers’ ability to spin a perfect orb freehand and it was my frustration with not being able to do that which led me to develop something that would add a touch of mechanical control, so I made something basically from bits I had around the studio. 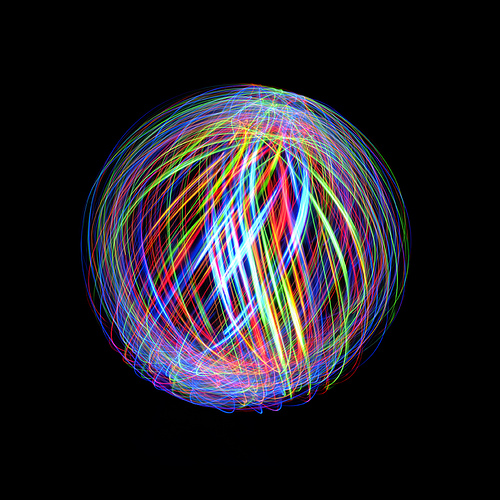 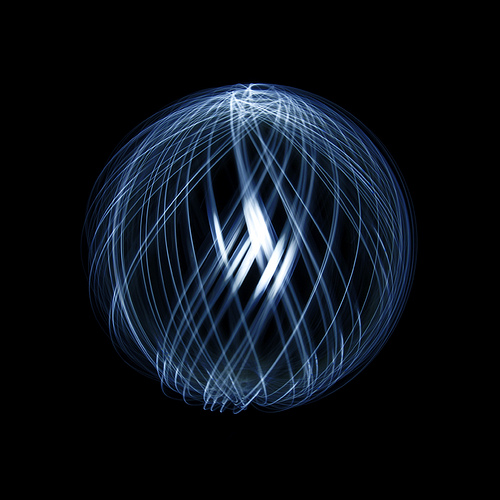 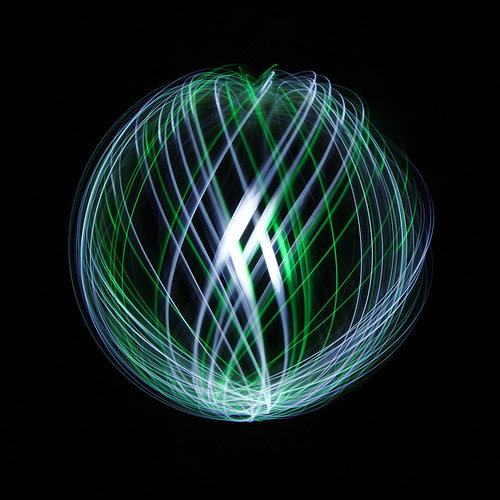 While Andrew’s orbs are fascinating, they are by no means his only awesome creation. Check out his Flickr page for more awesomeness.

If you wanna start making some fancy orbs for your self, you can start with a telescope mount and a drill.

Four Things You Can Do With Gels Plus A Photogels Bonus

How To Put A Granite Tile To Good Use