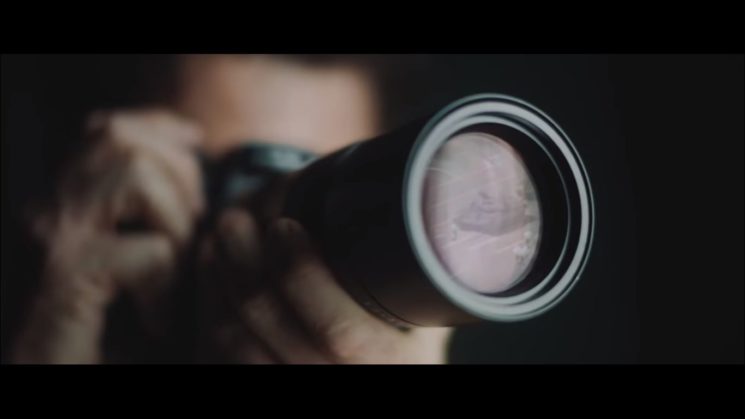 Earlier this week, a dramatic video titled Leica – The Hunt hit the web, praising all photojournalists and conflict photographers “who lend their eyes to make use see.” However, the video has caused a major backlash in China.

The story is set in Beijing in 1989, clearly referring to the Tiananmen Square protests, which are a sensitive topic in China. Now the whole case has gone so far that it made the word “Leica” banned from Weibo, a Chinese version of Twitter.

Although there is no clear statement in the video, it clearly refers to Jeff Widener and his iconic photo Tank Man. According to South China Morning Post (SCMP), the ad was met with blanket censorship in China. It caused a fierce backlash among users who flooded Leica’s official Weibo page with angry comments. Consequently, any post on Weibo containing the word “Leica” got banned from the platform, due to “a violation of relevant laws and regulations of the Weibo Community Convention.”

The Hunt was created by Brazilian ad agency F/Nazca Saatchi & Saatchi. As Leica Rumors reports, it keeps being removed from YouTube, and I’ve also noticed that it’s unavailable on several links I tried to follow.

Emily Anderson, a spokesperson for Leica, told SCMP that the video wasn’t “officially sanctioned” by the camera company. “Leica Camera AG must, therefore, distance itself from the content shown in the video and regrets any misunderstandings or false conclusions that may have been drawn,” she added.

Chinese company Huawei has been collaborating with Leica on their smartphone camera lenses. So, the recent incident over Leica’s video put Huawei in the center of the scandal, too. Weibo users have called out Leica for putting Huawei into trouble by publishing The Hunt. As for Huawei, the company has reportedly declined to comment about the Leica’s ad.

Still, despite the ban, not all comments about Leica’s controversial ad are negative. According to SCMP, human rights activists in China have actually praised it. Either way, the 30th anniversary of the Tiananmen Square protests is happening this June current year, which makes this topic probably even more sensitive in China. Therefore, as Gizmodo notes, it’s expected that the Chinese government will do their best to censor online content which tries to recognize the anniversary.