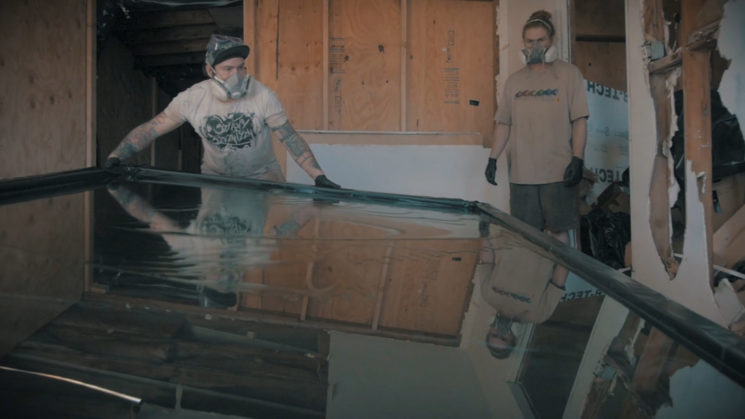 As a fan of wet plate collodion, I’ve been following the work of photographer Ian Ruhter for a few years now. I first found him after he converted a truck into a huge mobile wet plate camera. He then built a camera to make the world’s largest ambrotypes, as large as 46×59″ (117x150cm).

Now, Ian’s gone even bigger, to try to take the world record. So, he and his team, Silver & Light, turned an abandoned house into a huge wet plate camera to make an insane 66×90″ (167x229cm) ambrotype on a 200lb sheet of glass.

Ian says that the original plan was to head out into the desert to construct a massive camera to make the world’s largest ambrotype. But he says that “the universe had different plans for us”. The first task after finding the location in Bombay Beach, California, was to clear the inside of the house and seal up a room to make it light tight. The only light they wanted coming into the room was through the lens mounted in the boarded up window. 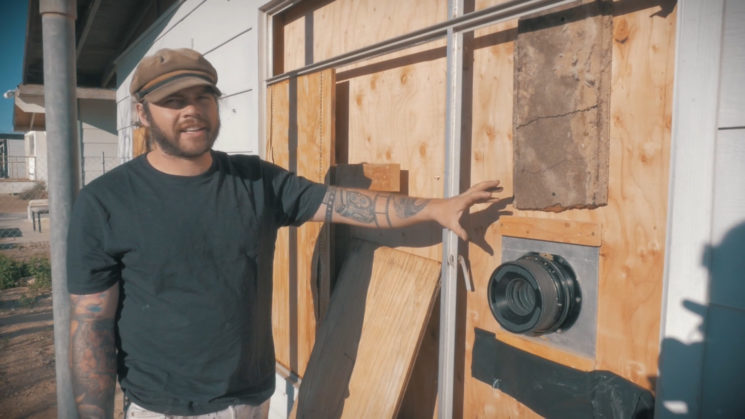 With everything sealed, which required a several man team, and the lens mounted, it’s time to step inside and see the lens projecting onto a board to test everything, and boy does it look awesome. 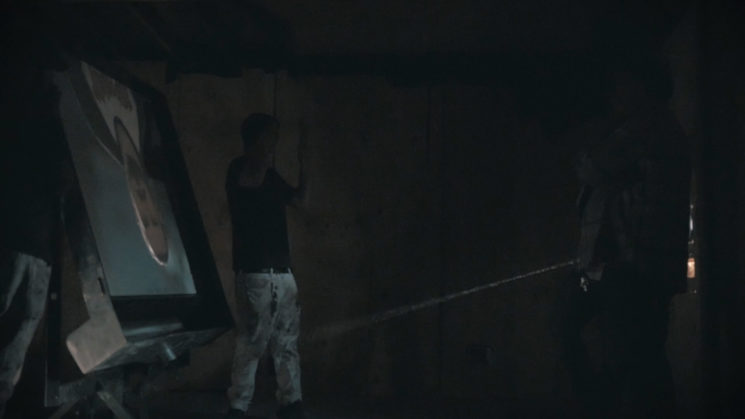 At this point, it’s basically a big camera obscura. Where the magic comes is when the board is replaced by a giant piece of glass covered in collodian. Initially, the exposures were tested with 4×5 foot ambrotypes. Yes, that’s 4×5 foot, not 4×5 inches. Even at 4×5 foot, they’re already making the world’s largest ambrotypes. But Ian’s goal was to go larger still. And his subject for the 66×90″ final piece was to be Bombay Beach’s 100 year old resident, Ted. 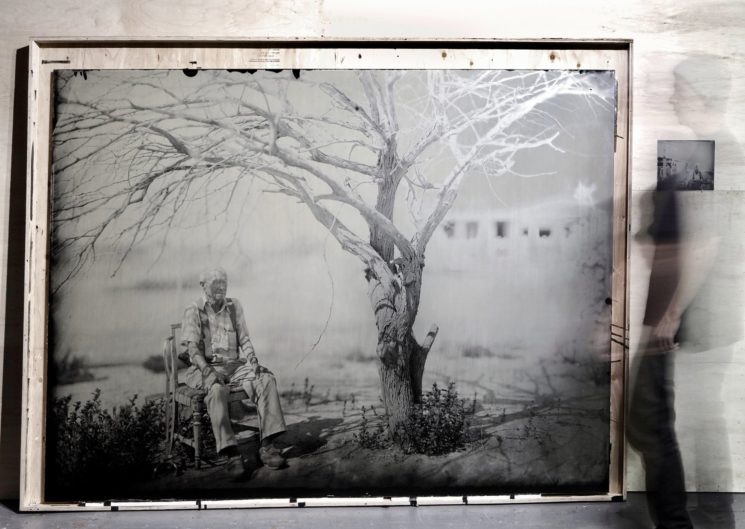 There was a lot of setup involved for each shot, with a whole lot of planning, but the results are just incredible. Ted had to sit still for a whole ten seconds in order to expose his image onto the 200lb sheet of collodion-covered glass. But the amount of detail you can capture on a photograph of this size just defies belief.

The whole video is a little over 32 minutes long and the entire thing is fascinating.

You can read more about the project and see more of Ian’s work on his website. One of these days, I’m going to have to find a way to see Ian’s work in person.

Prepare, shoot and develop wet plate collodion through the eyes of the photographer