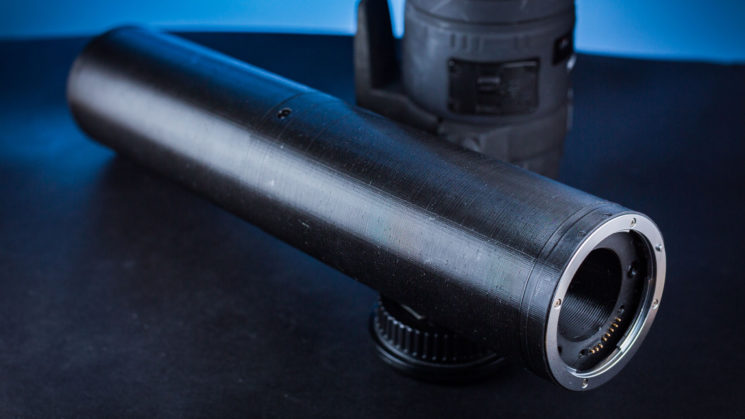 3D printing has come such a long way in the last few years. As developments in printer design and software have progressed, it’s become a lot easier to make some pretty accurate prints. One photographer, though, Nick Sherlock, decided to test the limits of his 3D printer to make a 300mm long extension tube allowing him to extend the magnification of his Sigma 180mm f/3.5 APO Macro DG HSM lens.

Macro lenses can already see pretty close up, and the Sigma 180mm macro offers a 1:1 magnification. But extension tubes allow you to get even closer to the action. Canon makes their own extension tubes, although they’re not very long. And you can buy 3rd party sets of extension tubes to give a little more reach, too. But even with all three tubes in the kit stacked, they pale in comparison to this beast that Nick has created. 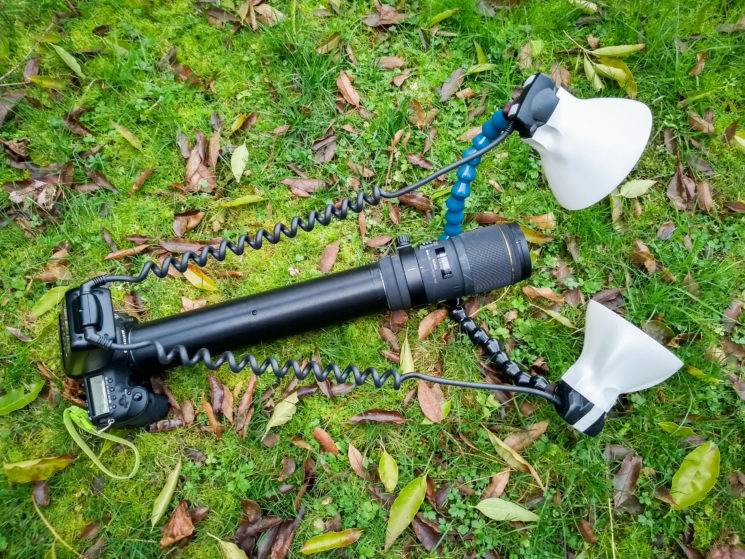 Nick told DIYP that he’s been working on this extension tube for the last month. His goal was to push his macro to 5:1 magnification. This means that a subject only 7.2 x 4.8mm completely fills his full-frame sensor. And his creation even has aperture and focus control.

Having electronic connection from the camera to the lens through the tube was pretty much a given, as otherwise, your lens is locked at a specific aperture and you have no way to adjust your depth of field. So Nick cannibalised a Kenko 12mm extension tube, which features electronic pass through. 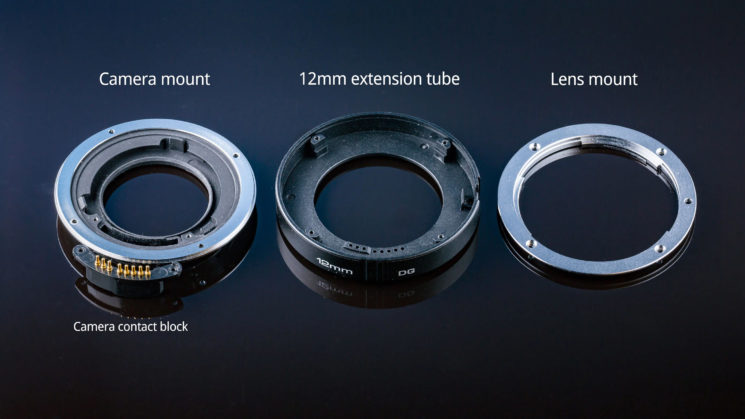 After dismantling the Kenko tube, Nick made his own end pieces, to which he could mount the metal mounts for the camera and lens. 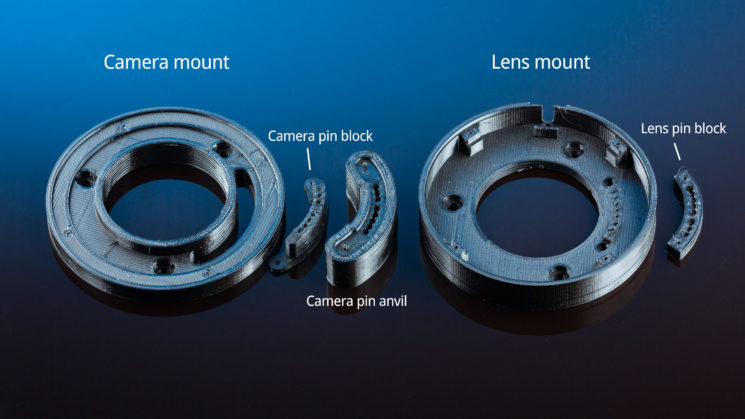 He then printed the 300mm tube in two sections on his Prusa i3 MK3S 3D printer. These screw together to form one 300mm long tube. With a larger printer, it could have been printed in a single piece, but the Prusa i3 is limited by a 250 x 210 x 200mm build volume. 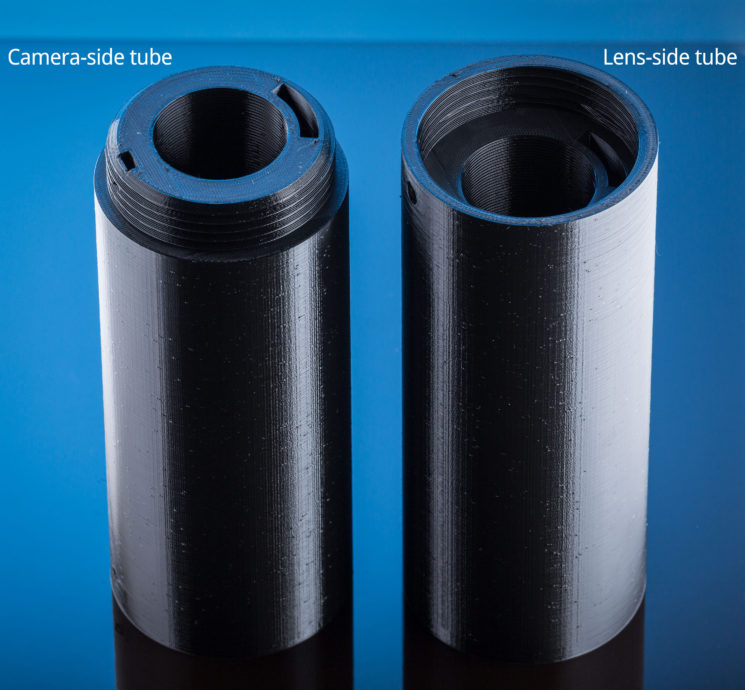 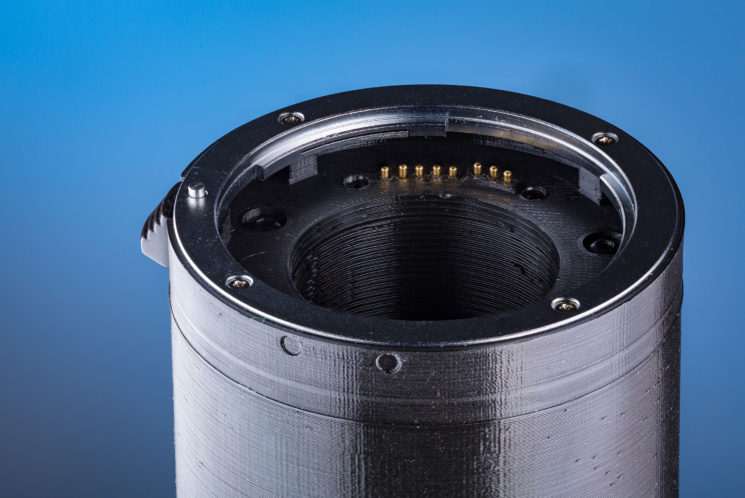 Both the lens and body mounts contain the pins that came with the Kenko tube, and Nick extended the connection between them with long wires that travel through a channel in the body of the extension tube. This way, the camera maintains its electrical connection to the lens and can open and close the aperture. 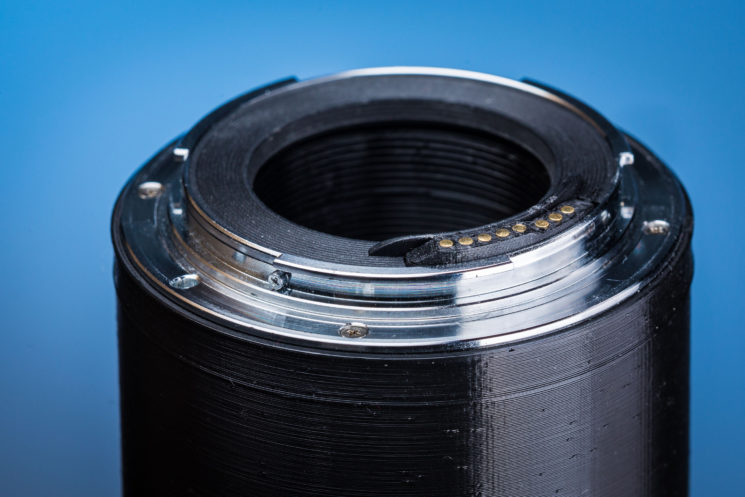 Nick says that it works great, and presented some examples of how the lens compares. Here are three images. The first is a wide shot of the scene before him to show context and scale. 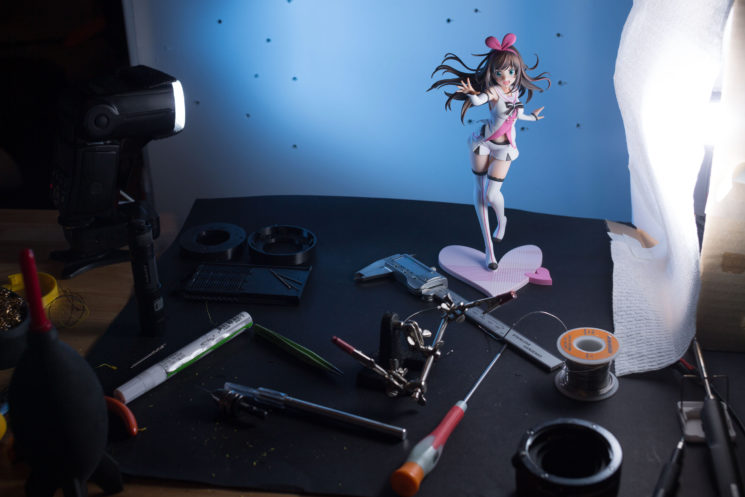 And this is how close he can get with just the Sigma 180mm f/3.5 APO Macro DG HSM Macro lens with no extension tubes and a 1:1 magnification ratio. 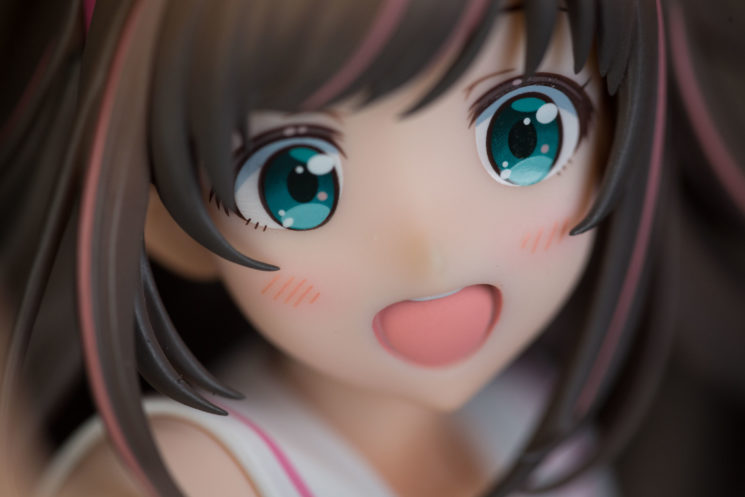 The Sigma 180mm macro is already pretty impressive. But once Nick puts that tube in between it and his camera, he is able to get very close. 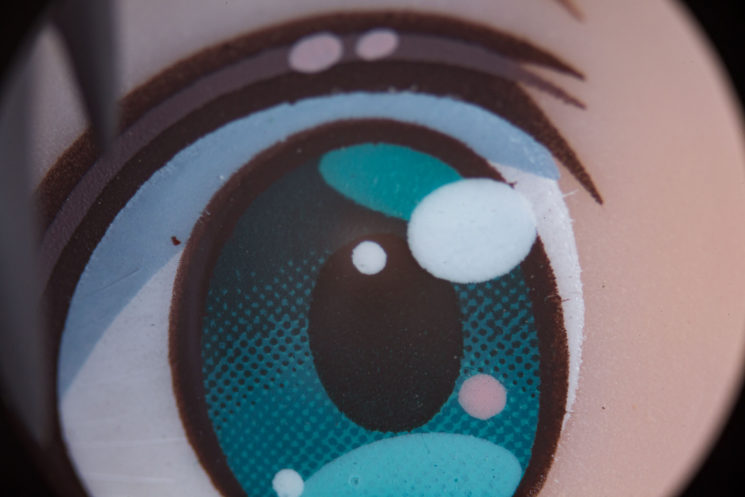 These weren’t the only sample images Nick has made. He managed to get outside and shoot a few aphids and a tiny spider, too. 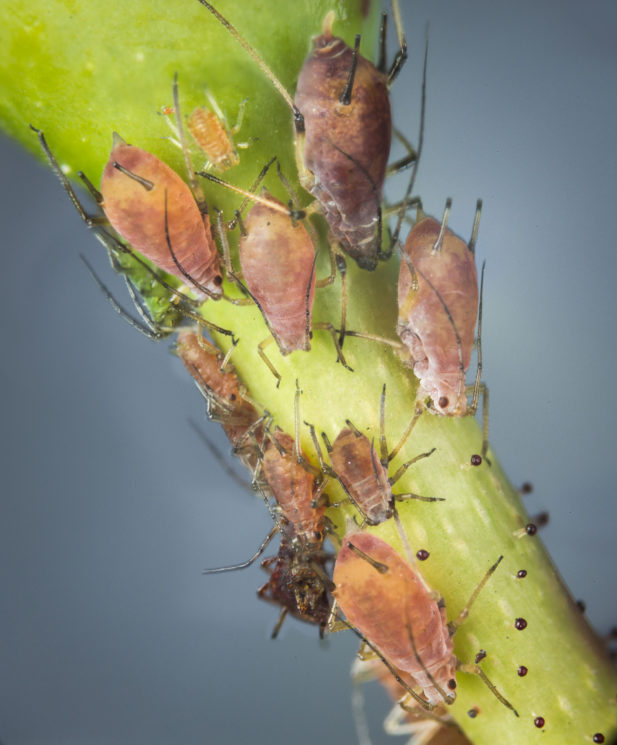 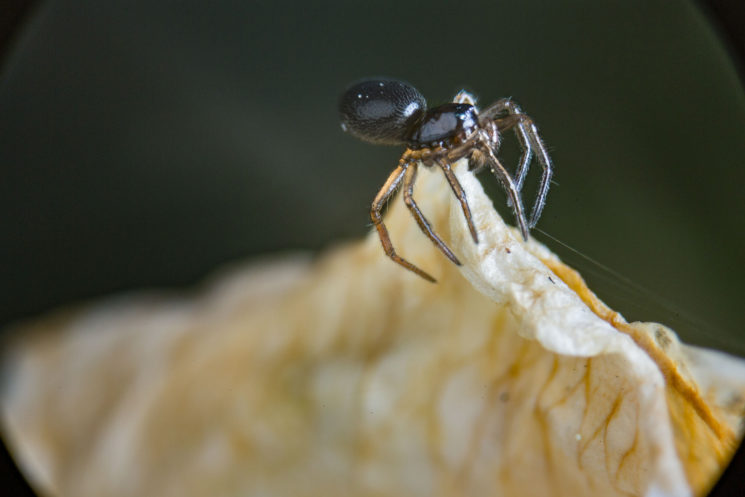 Nick has posted a complete build log of the entire process on his website, including some of the issues he faced, print settings, and how he got around some tricky problems. And there’s also a nice big fat warning about how you can kill your camera if you’re not careful, so if you attempt something like this… Well, be careful!

And you can attempt this yourself, as Nick has also graciously uploaded his designs to Thingiverse for anybody to check out and try for themselves if they’re feeling brave enough.

Nick does note that he’s “not nearly swole enough to hold my arm straight out in front of my face to support this thing for long periods of time”, but given that it’s been released under Creative Commons, anybody is free to modify this to add a tripod collar. Perhaps with a built-in Arca Swiss foot so you don’t need to mess around with 1/4-20″ threads?

You’ll want to make sure your printer is very dialled in before you try this. And you’ll want to use PETG. PLA isn’t the best for small mechanical screws, and PETG doesn’t come with the fumes and shrinking issues that ABS does.