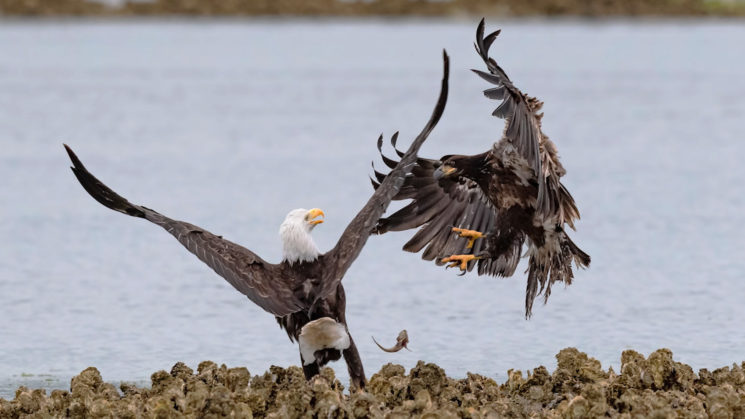 We see photo shoots and videos all the time with clickbaity titles like “amazing”, “insane”, “you won’t believe…”, etc. And they rarely live up to expectations. Photographer Mark Smith, however, did capture something pretty amazing. Many of us dream of having bald eagles in front of our lens. But Mark saw not one, but a whole bunch of them hunting and even fighting.

Out with his Nikon D850 and 500mm f/4 lens, he had the perfect opportunity to shoot some great images of the magnificent birds, and he did exactly that. But unlike most videos, this one’s actually narrated by Mark, with a very cool story of the day, what he saw and how he felt.

It’s the perfect subject matter to show off the autofocus and massive 45.7MP resolution of the Nikon D850. And the 500mm f/4E FL ED VR lens is also ideal for this kind of wildlife photography.

Heading out to Washington (state, not DC), Mark arrives at his location at first light. After seeing various geese, seals, herons, seagulls, crabs and other wildlife, the golden eagles start to appear. The first visitor was this sub-adult. You can tell it’s not fully matured yet, due to the brown feathers that still remain on its head and tail. Those don’t go completely white until the bird is about 5 years old, gradually transitioning out with each moult. 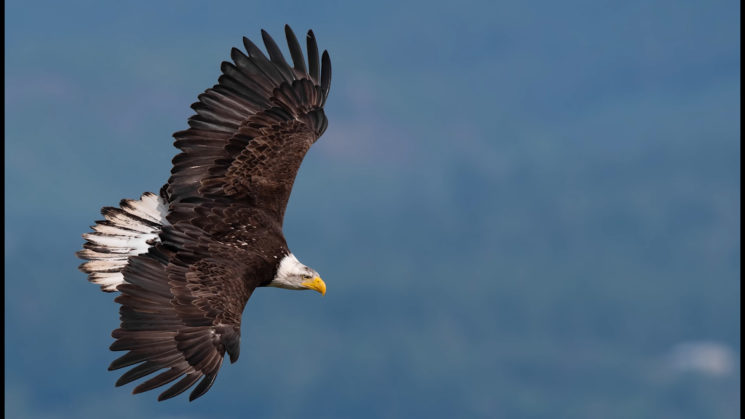 I was fortunate enough to photograph a bald while shooting an event at a golf course in Florida about 15 years or so ago. It had just pulled a fish out of one of the water traps and was being mobbed by crows. A wonderful sight to see, but nothing compared to the images Mark shows here.

Shortly after the first eagle arrives, so does another, then another. Before you know it, several are fighting over a single meal, while another looks on, waiting for just the right moment to step in and steal the food from all of them. 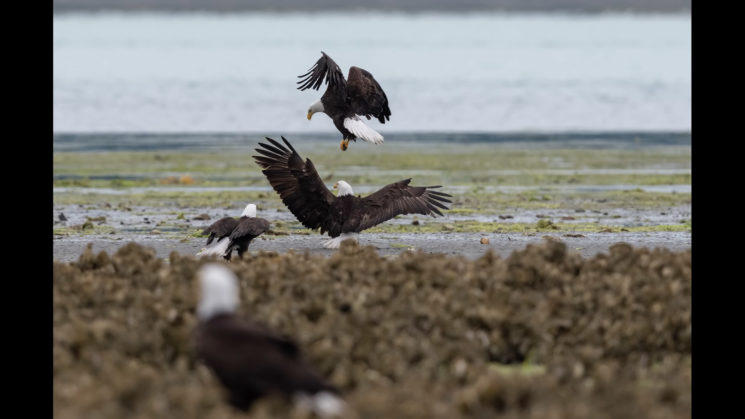 It wasn’t just each other they were fighting, either. All of the other birds catching fish in the area were competition. Some of them were also prey. As one bald eagle chased a fish-clutching crow, the crow dropped the food to distract the eagle, ready to make its getaway. 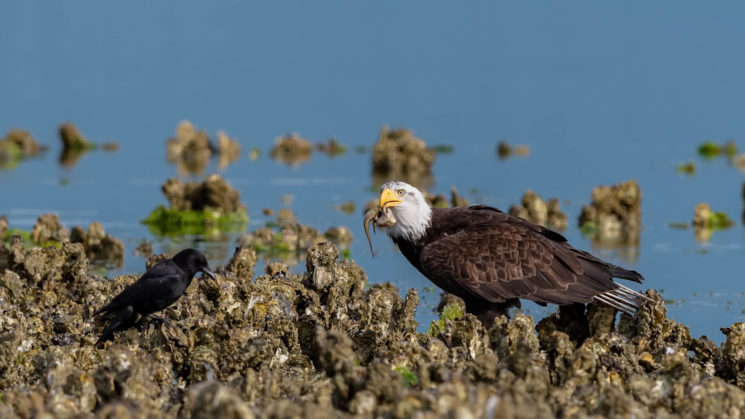 Of course, other eagles were soon on the scene to try and separate the bird from its food.

It’s a fantastic set of images, and a great story to go along with them.

We don’t really get many bald eagles here in Scotland, except for the occasional captive escapee. But we do get a fair few golden eagles and sometimes white-tailed eagles. Videos and photos like this make me want to go out and find them with my camera.