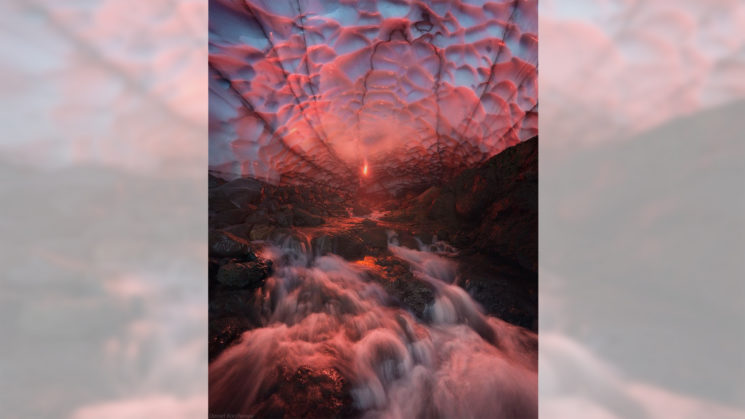 Sometimes Mother Nature creates such incredible scenes that seeing them photographed makes us think: “This can’t be real!” Daniel Kordan captured one of these photos that will make you look twice before you realize: no, it isn’t a photo manipulation. It’s nature’s creation lit by a flare and photographed in a single frame. In this image, the fire meets water and ice, and Daniel told us a bit about how and where he captured it.

Daniel is a landscape photographer and personally, I find all his photos kinda dreamlike and I gladly lose myself in them while browsing through his portfolio. He shoots all over the world, and this particular image was captured at Kamchatka ice cave, in the east of Russia. Daniel captured the image while he had a photo workshop there.

In case you’re wondering about the gear, he used a Nikon D810 paired with a Nikkor 14-24 mm lens. The camera was placed on a tripod and the photo was captured at 1-second shutter speed.

While the photo looks absolutely magical, Daniel says that it was pretty scary to get into the cave and capture it. First of all, it was frightening to go into a calving and cracking ice cave. But also, he had to wait until very cold conditions, so the ceiling of the cave would freeze. But although he felt uneasy – looking at the photo, I say it was worth it. 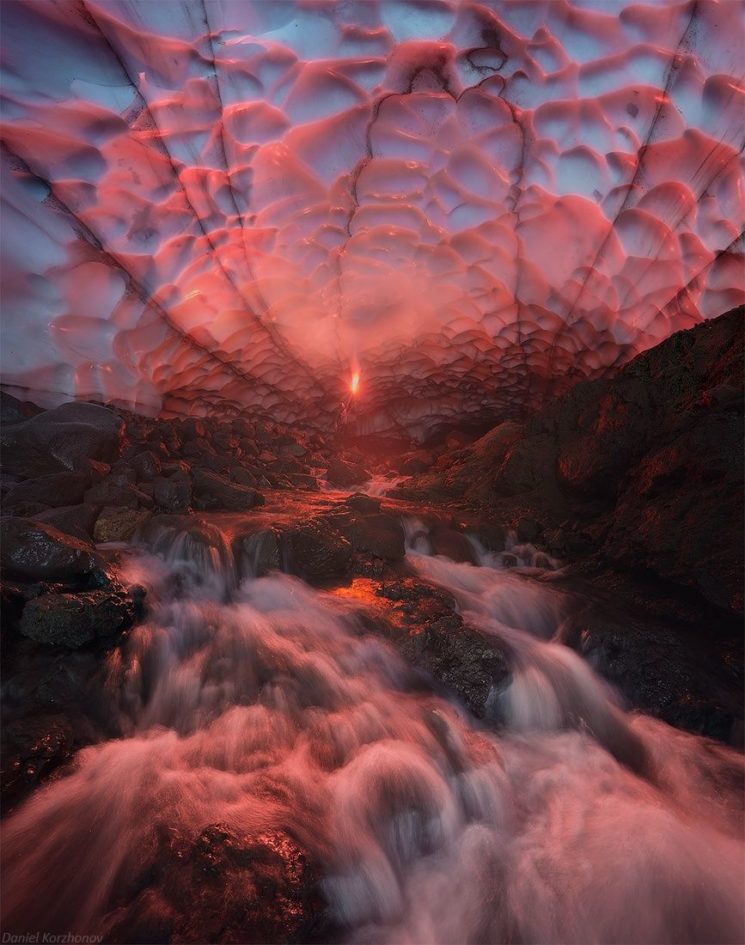 If you’d like to check out more of Daniel’s work on his website and follow him on his Facebook page, Instagram and 500px. Also, check out his awe-inspiring photos of the Milky Way reflecting off the surface of the flooded salt flats.

« Three versions of GoPro Hero 7 officially launched, featuring HDR and 4K video at 60fps
First SpaceX tourist will bring a photographer on the first civilian trip to the moon »