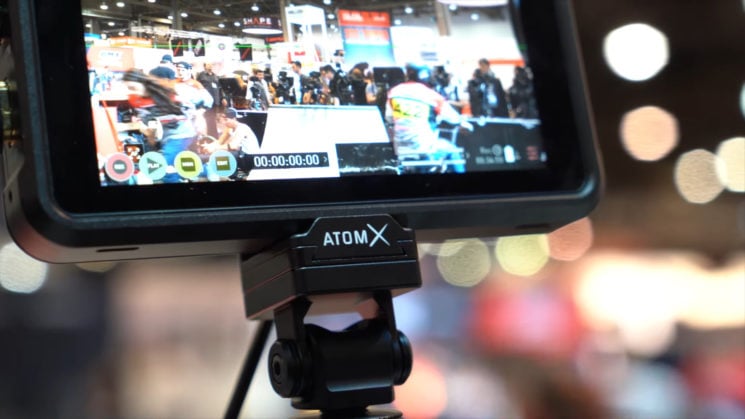 Initially announced last April, the Atomos Ninja V finally went on sale in January of this year. Since then, it has rapidly become one of the most popular 5″ monitor recorders out there. It has a wide range of versatility and some unique interaction with certain products like the Nikon Z6 & Z7 as well as the Panasonic S1 and S1R. We spoke with Atomos at NAB 2019 to find out more about the Ninja V and what it offers.

The Ninja V is an HDMI monitor & recorder capable of capturing 4K video in 10-Bit ProRes 4:2:2. At NAB, Atomos also announced an SDI module for the Ninja V offering up connectivity options to a much wider array of cameras and users. It can shoot HDR video and will record ProRes RAW over HDMI from the Nikon Z6 and Z7 mirrorless cameras straight to an SSD. You can also link up multiple Ninja V units to each other, offering multi-cam simultaneous recording as well as mobile app remote control.

Atomos has also developed a bunch of accessories for the Ninja V that are “not super sexy, but actually really useful”. Ultimately, that’s what matters, how useful and practical things are – including the accessories. These include various mounts, brackets and quick releases to attach the lightweight monitor to camera cages and other rigs.

The Atomos Ninja V is available to buy now for $695.

Have you been thinking about getting a Ninja V? Do you already own one? Do you like it?