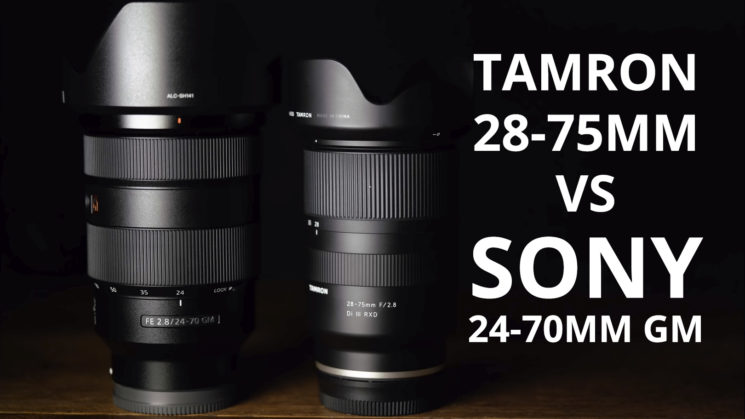 To find out if it’s worth paying almost three times as much money for the Sony, photographer Dustin Abbott compares the two in these videos on the Sony A7RIII. The first of the two videos deals with the more technical side of each lens’s resolution. And some of the results are quite surprising.

This first part is a pretty in-depth comparison of the two lenses throughout their focal range, at two focus distances to cover both portrait and landscape type scenarios. What I found interesting was that there didn’t really seem to be a clear winner here. Both lenses have their advantages and disadvantages. And both have some failings in common. For example, the Tamron at 28mm offers some fairly significant barrel distortion. But then, so does the Sony at 24mm, if not more. 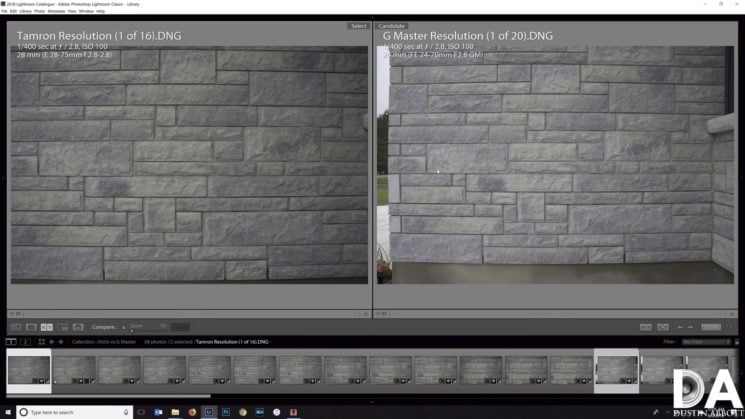 There are no lens profiles for the Tamron 28-75mm RXD in Lightroom or Adobe Camera Raw yet, but Dustin did manage to correct things manually quite well. So, it’s a minor concern. I think we’ve all just come to accept now that virtual all lenses will require some kind of correction in post.

Of note, though, was that the centre of the Tamron appears to be a little sharper with a little more contrast than the Sony. Although the Sony does present a slightly brighter image wide open at f/2.8. 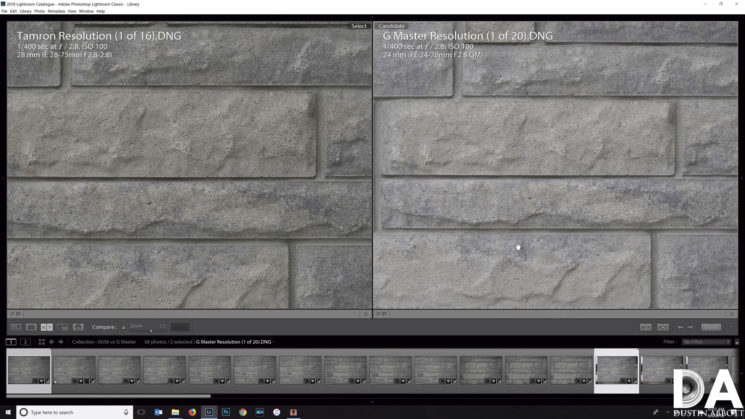 As you head toward the edges of the frame, though, the Sony is noticeably sharper than the Tamron. Of course, this is wide open, and it may not even matter depending on what you shoot. If you’re doing landscapes, you’ll want that edge-to-edge sharpness. If you’re shooting portraits, though, you might not mind if the areas on the edge of your frame that are out of focus anyway are a little softer.

Stopped down to f/5.6, the differences become less obvious. And even wide open, when shooting at a 50mm focal length, both appear pretty close. At at their maximum focal lengths of 70mm and 75mm, the two are virtually identical. In outdoor tests, however, some of those differences crept back and became much more noticeable, and the Sony just edged things in most comparisons. 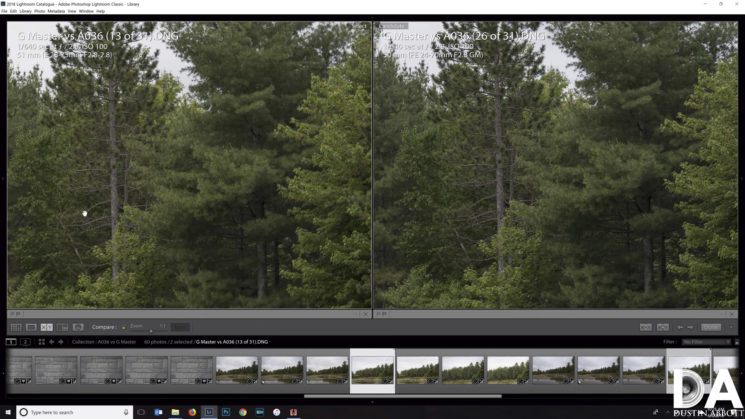 The tests in Part 2 look more at the overall aesthetics of the images they produce, like magnification (they do have a slightly different focal range), bokeh, and flare.

So, first up the bokeh. How does it compare? Well, they seem pretty close, actually. There’s not a whole lot of difference in there at all. Obviously, some of the sharpness and contrast issues start to raise their head a little here. The Sony does do a better job of making perfectly circular bokeh wide open, but I don’t think you’d be disappointed with either of these two lenses. 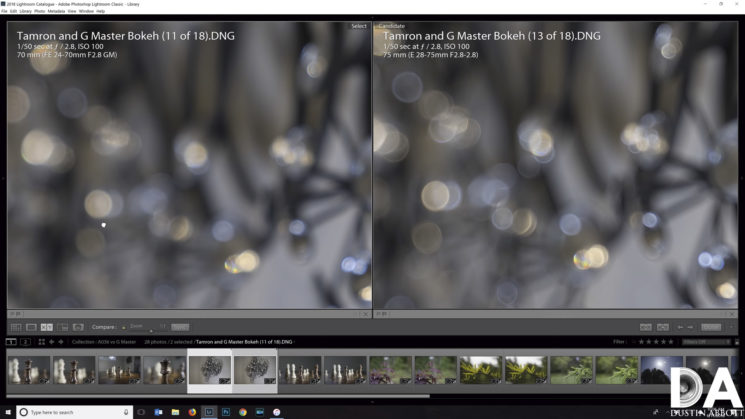 The rest of the tests in this video also show some slight differences, with regard to highlight control, skin tones and how lights appear when flaring into the lens. As to which is “better” is largely going to boil down to personal taste.

In the end, Dustin believes that the Sony 24-70mm f/2.8 G-Master lens is the overall better lens. But is it three times the price better? Ultimately, that’s a question you’ll have to answer for yourselves. But it’s a perfect example of diminishing returns. Once you get to a certain point, you’re spending a lot more money for very little actual benefit.

Depending on what and how you shoot, the Sony may offer you no advantage whatsoever, and you can save yourself $1,400 by getting the Tamron. But for others, the Sony will almost certainly be the lens of choice. For them, that difference between the two will be worth spending almost three times as much money.

If you do decide to go for the Tamron, though, you’ll want to get your pre-order in quickly. Tamron is saying that the pre-orders already exceed the initial supply. So, the longer you leave it, the longer you’ll have to wait in order to get one.

« Neewer releases 35mm f/1.2 APS lens for Fuji and Sony that costs only $120
How to create Photoshop Actions to make star trails from a single photo »