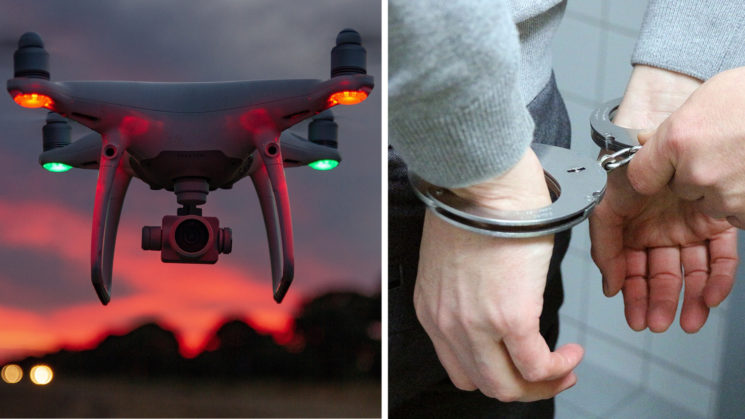 When flying a drone, you must know what your limitations are. When traveling with it, this knowledge expands to the drone laws of the country you’re visiting. If you choose to stay ignorant, you may end up in jail, and this is exactly what happened to a French tourist in Myanmar. Thanks to his ignorance of the country’s drone law, he was arrested and sentenced to a whole month in jail just because he was taking some aerial shots with a drone.

27-year-old Arthur Desclaux was detained on 7 February 2019 in Naypyitaw, and he was charged of several offenses. First of all, he was flying near Myanmar’s main parliament building in the capital, which to be fair is illegal in many countries, not just Myanmar. However, as Digital Trends writes, this country’s drone rules are pretty strict when it comes to flying close to government and religious sites.

However, the young tourist wasn’t only charged for violating the drone regulations. According to France24, he was also charged under an export-import law. This law forbids the use of “banned goods” brought in from abroad without obtaining a license.

After the hearing, Judge Sulab Yadanar Oo told the courtroom that Desclaux “confessed” his ignorance of these laws. Because of this, he was given a “light sentence” – one month in prison with labor. After the verdict, French consul Frederic Inza said that they were satisfied that the court took Desclaux’s good faith into account. However, he added that “a month in prison is still a lot for a simple tourist.” But considering that the maximum sentence could have been three years, I guess a month isn’t that bad after all.

Inza added that, after Desclaux’s arrest, the French embassy will start making sure that tourists visiting Myanmar know the risks of flying drones. “We fear that other people might be in the same situation because the use of drones [is] becoming more and more common,” he told France24.

Just like you bring your camera to a vacation, it seems totally logical to also bring a drone if you own it. It can provide you with some amazing shots you wouldn’t be able to take without it. However, don’t trust that expression that “ignorance is a bliss” when flying a drone abroad. Before you even pack your drone, make sure to learn about the laws and rules of the country you’re visiting, and not just the drone laws. Otherwise, your vacation could be ruined, big time!