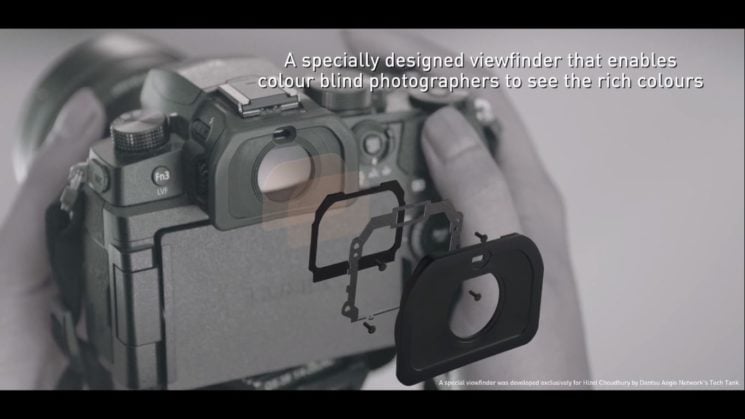 Indian photographer Hizol Choudhur is colorblind. While it hasn’t prevented him from being great at photography, it has made his work quite challenging and often difficult.

Interestingly enough, Hizol is inspired by India, its culture and all those vivid colors. But in order to get those colors correctly in his images, he needed to hire assistants to help him. Naturally, it makes him less independent in his work, and I can imagine that it can get quite frustrating.

In the video, Hizol tells a story about a situation he had with a client. He was hired for a shoot, but then he heard from his colleagues that the client decided to hire someone else because he found out that Hizol couldn’t see colors. That sounds heartbreaking, especially considering that Hizol’s photos are beautiful and his final work isn’t affected by his condition. But with this special Panasonic DC-G95, I sure hope that he’ll never go through situations like this again.

According to colourblindawareness.org, there are around 300 million color blind people in the world. Some of them are, apparently, photographers, and darn great ones. Still, it’s challenging for them to shoot and post-process images, no matter if they shoot color or black and white. It can be frustrating at times, as you can conclude from Hizol’s story. So I hope that this special kind of EVF will find its place in other cameras too, including those from other manufacturers. I think it’s a terrific idea!

See the world through the viewfinder of the panoramic Hasselblad XPan