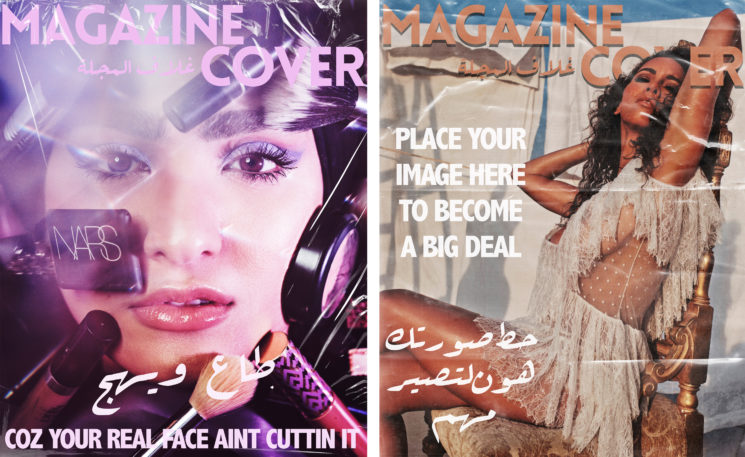 We’ve featured photographer Waleed Shah before with his empowering project Rock Your Ugly. Following him on Instagram, I noticed that he started publishing magazine covers with cheeky, ironic and humorous messages. I was curious to learn more about the new project he named simply Magazine Covers. So, I got to chat with Waleed about it a bit, and he shared his inspiration behind the project, as well as some images.

Waleed had an idea to start this project while he was working in Saudi Arabia. He tells me that he thought of the concept during the moments of boredom, over a period of five weeks. He used some images that he’d shot before but never released them. He experimented with them, and the idea slowly started to unfold.

The first “magazine cover” that he shared has a caption “Place your image here to become a big deal.” Seeing it on Instagram, I felt that it was a parody of photographers who want to shoot magazine covers no matter what, not thinking about the idea and the message they send. Chatting with Waleed, it turned out that I was pretty much right. “There’s often no magic and no story in magazine covers,” Waleed tells me. Many photographers just want to shoot the cover to brag about it, but they don’t “bring anything to the table.” So, Waleed made a bit of a parody on this, and his idea was to create a sort of a “template” since a lot of magazine covers look generic. 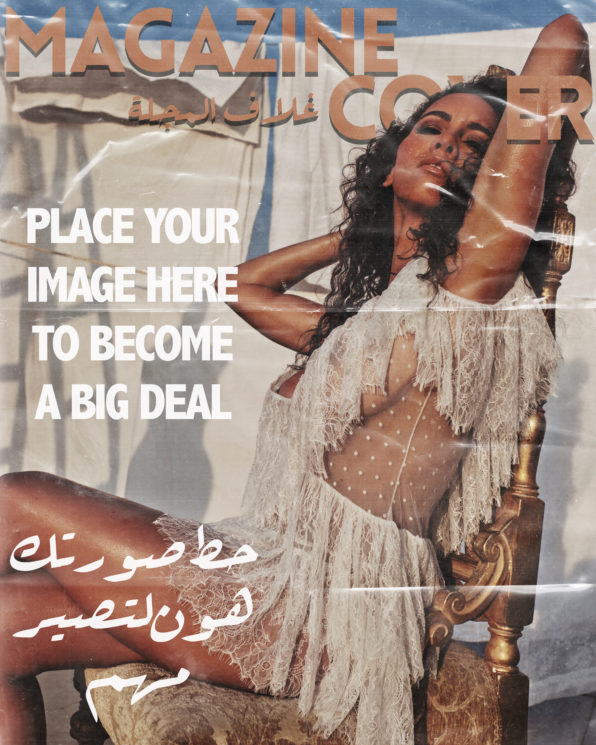 Following the project further, I must admit that I was confused by some of the images. There was no additional context, just the magazine covers with cheeky messages. Walled tells me that it was exactly the point – not to provide additional context, but rather let people interpret the photos themselves.

For example, when Louis Vuitton launched hand sanitizer amid the coronavirus outbreak, Waleed took a photo inspired by this news. Many people told him that he shouldn’t make fun of the brand because they’re doing a good thing. But the fact is that he isn’t making fun of anyone – that’s just how people interpreted it. Sometimes, people interpret Waleed’s photos in brilliant ways, and he even didn’t have them in mind when shooting. That’s the beauty of this project and art in general if you ask me – each of us can have our own interpretation. 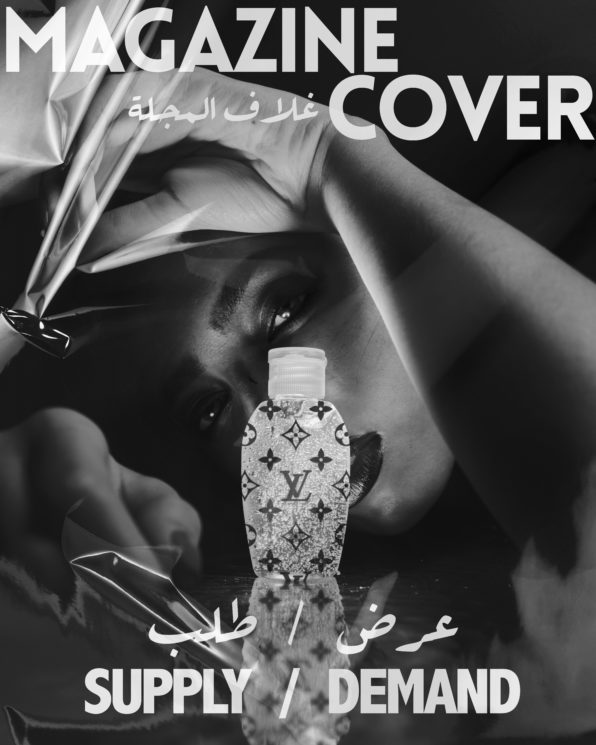 With Magazine Covers, Waleed tells me that his sarcastic mind and his sense of humor are coming to the surface. So, he just wanted to put them out in a funny way. The Magazine Covers project is a photographic version of telling a joke with a straight face and allowing another person to figure it out (or not). The project mainly makes a parody on today’s culture of beauty, consumerism, being famous, and having money. We’re constantly forced to “be the best version of ourselves,” and Waleed’s project takes a humorous twist on this, too. 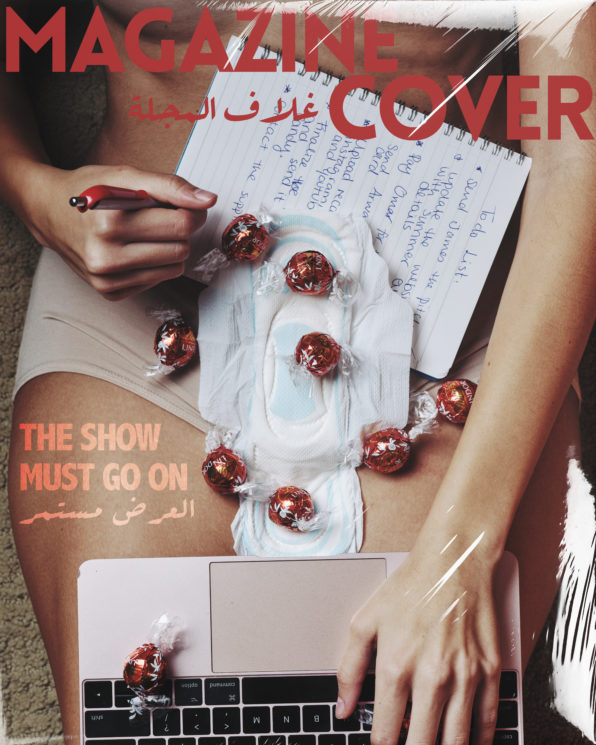 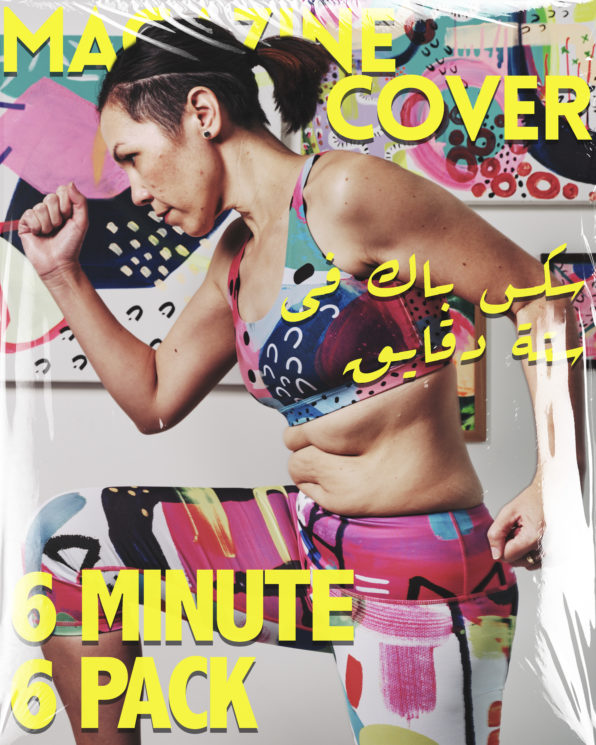 The project itself is cheeky and humorous, but Waleed pushed the joke even further. His friend gave him the idea, and he downloaded a lot of plastic textures to add to the photos. This made them look more like magazine covers, leaving all of his followers wondering what was going on. He even took a few of his “Magazine Cover magazine covers,” printed them out, placed them in newspaper racks and took photos to troll his friends a bit. Of course, once the word spread, people realized that it wasn’t a magazine that they could buy, but another of Waleed’s projects. The taglines are usually the same in English and Arabic. Not directly translated, but they keep the same context.

As for the models Waleed photographs for Magazine Covers, sometimes it’s the people he knows, whether they’re professional models or not. He has also collaborated with some girls he photographed for Rock Your Ugly. 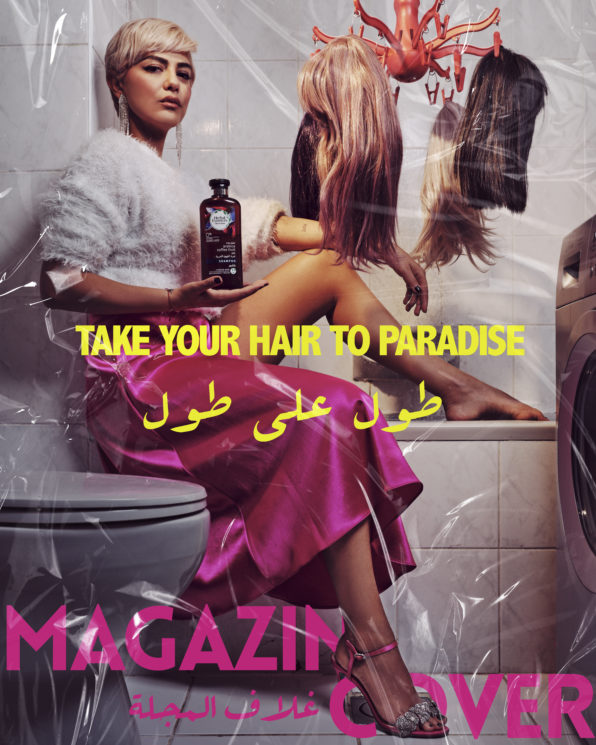 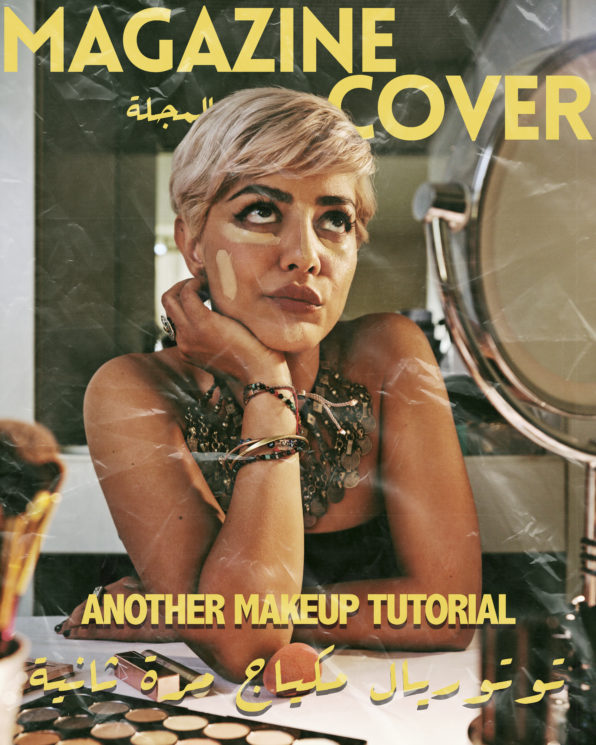 Magazine Covers is an ongoing project, but there are no shoots at the moment because of the current coronavirus crisis. I was wondering if Waleed would make shoots via Skype, as we did for Rock Your Ugly, but he doesn’t plan to do so. This project is, most of the time, more about the photo than the person in it. However, if you wanna try Skype photoshoots, you can reach out to Waleed and join the Rock Your Ugly project no matter where in the world you are.

Naturally, I was wondering if Magazine Covers will ever become a magazine. Waleed has an idea that I find pretty cool, and it is to make “magazines” with these covers, and 30 empty pages inside. However, the logistics for this is complicated, so it’s not going to happen (at least for now).

Lastly, I wanted to know if an exhibition is coming up, considering that Rock Your Ugly was exhibited last year. Waleed tells me that Magazine Covers have been in a “semi-exhibition” as a part of the collaboration with Exhale. At their launch party, Waleed decorated the walls with his magazine covers, and that’s still up. Of course, it’s on hold for now because of the lockdown. Still, the next art season he hopes to have a space for a solo exhibition, where he will put three of his big projects on display. 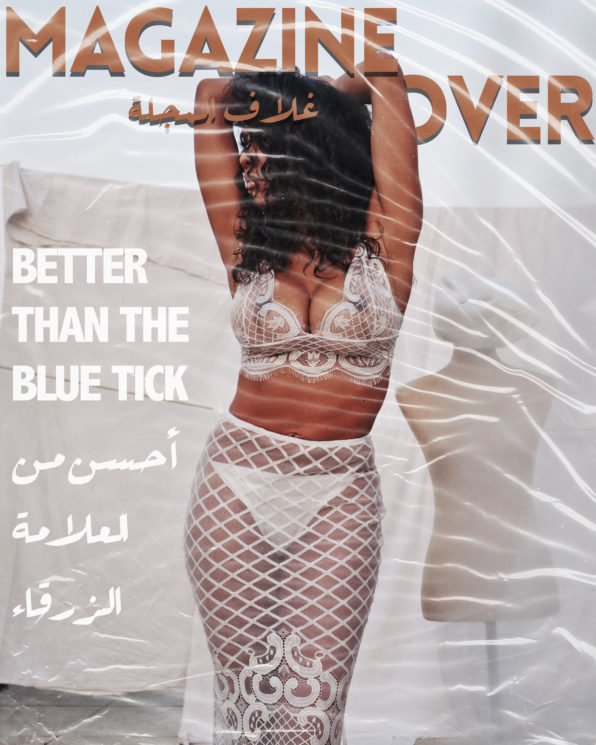 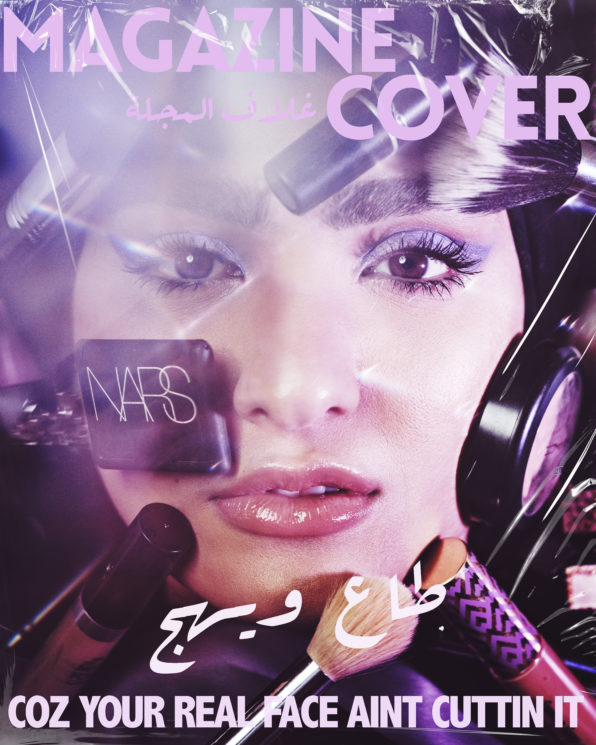 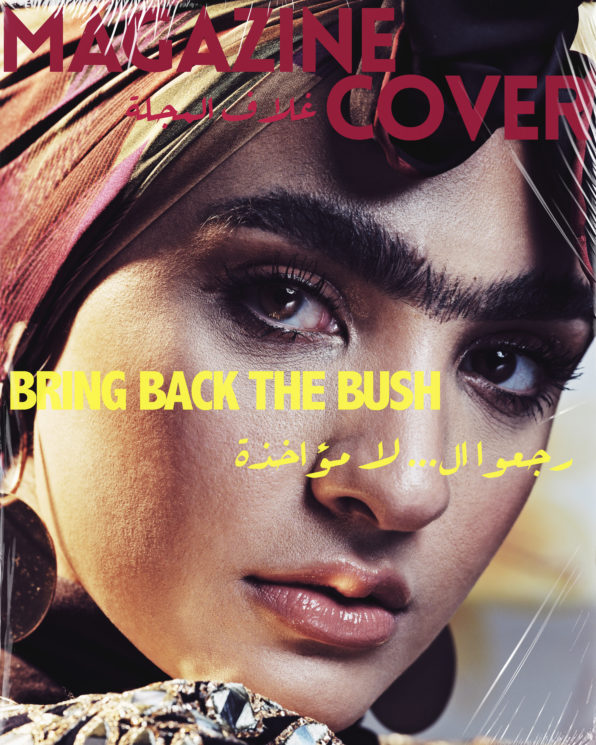 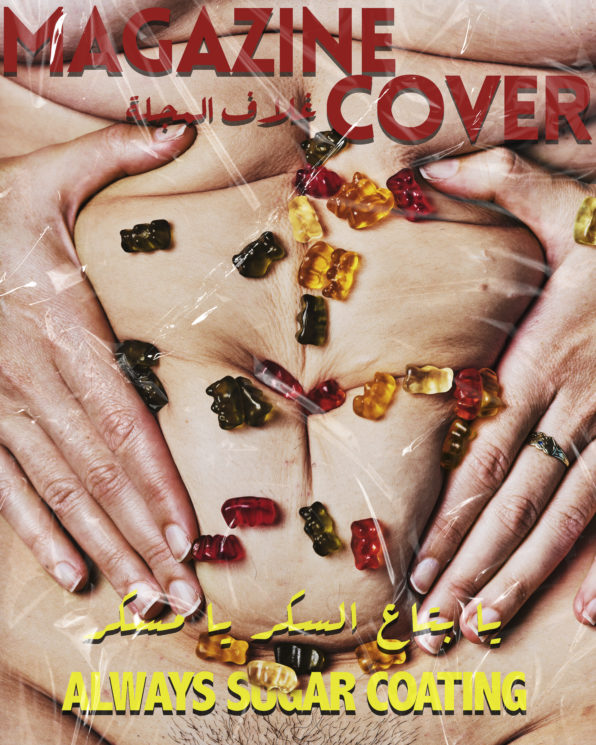 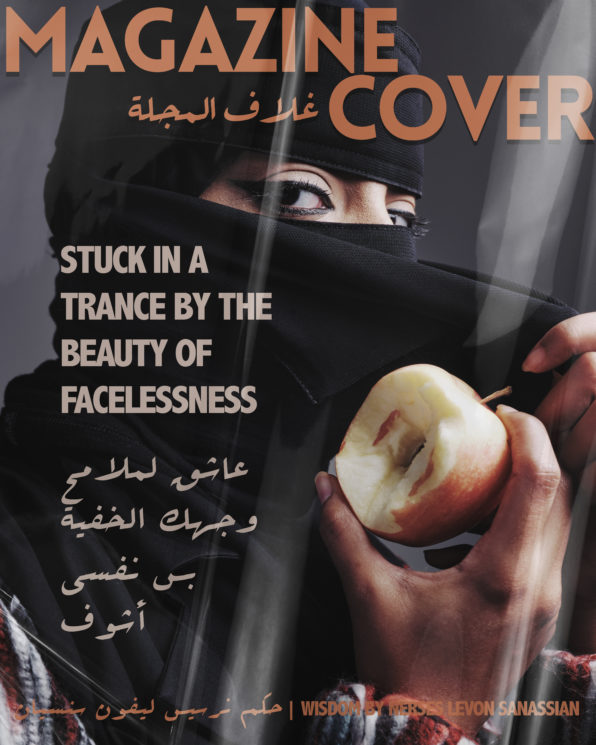 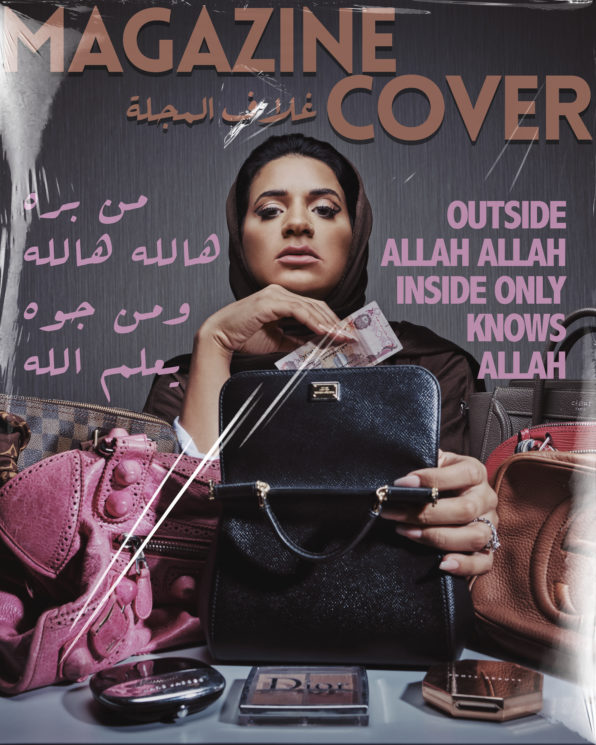 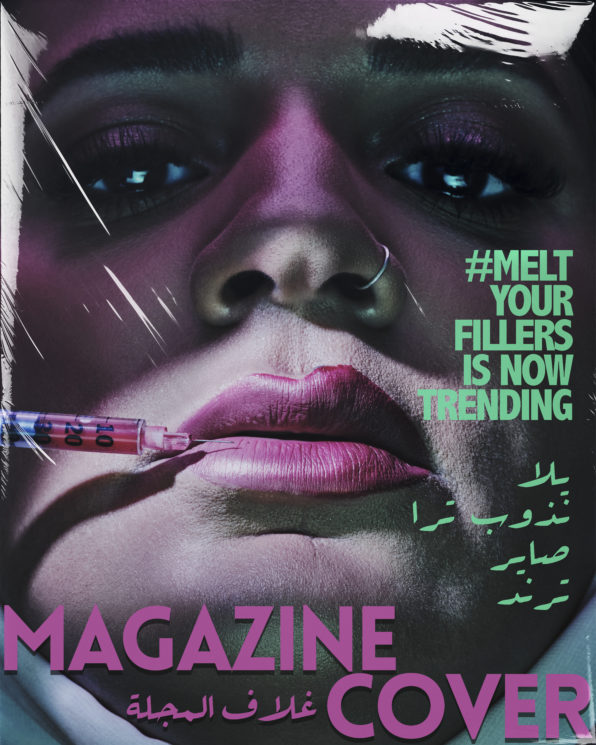 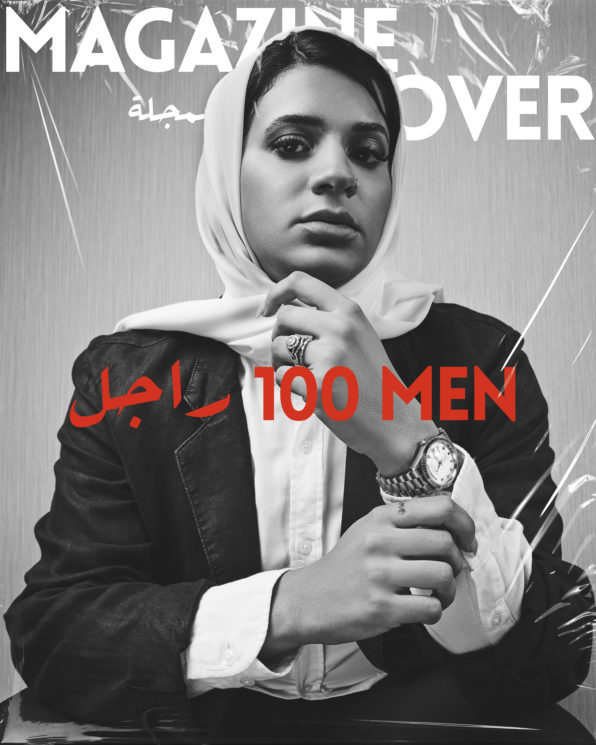 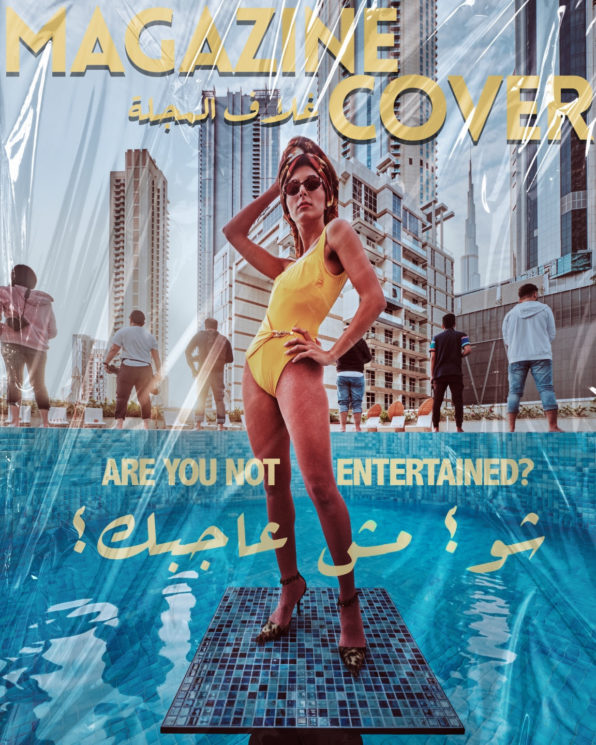