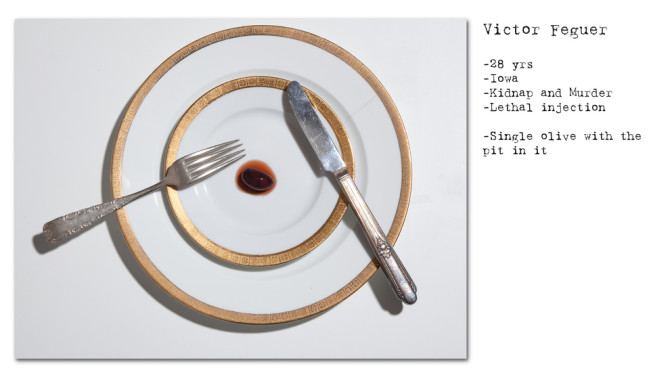 Maybe it’s easy to distance ourselves from violent criminals. We see death row inmates on the tv, the newspaper, but, for the most part, we only know about them what the media is reporting. We don’t know for example, what books they’ve read or which movie is their favorite. Maybe we don’t need to know those things. Maybe it’s that no one cares. Or, maybe it’s just that no one had thought to ask.

That’s part of what makes Henry Hargreaves project so unique and curious. Hargreaves, a New Zealand photographer now living in the States, has been working on a series of photographs which depict the last meal requests of inmates whose time on death row has drawn to a close. Hargreaves says his interest was piqued after reading about measures being taken in Texas to obliterate the traditional last meal.

In the most unnatural moment there is (state sponsored death) what kind of requests for food had been made? In New Zealand […] and in fact nearly any where else in the developed world, the Death Penalty is just not even in the conversation. It is a remnant of an earlier era. This little bit of civility, “hey we are going to kill you but what would you like to eat?” just jumped off the page. I felt it could be a really interesting idea to try to represent visually. Researching this topic strangely personalized these people for me and for a moment was able to identify with them through the common denominator of food.”

Looking through Hargreaves collection, one almost can’t help but become absorbed in it. The feeling of inquisitiveness that overcomes you as look at the photos–all of which have a short description of the inmate, their crimes, and a bulleted list of their food requests. The idea behind the series is rare and special in itself. Hargreaves physical realization of the images–their style and design–are a perfect complement, catapulting the viewers into a realm of thought that they may never have visited.

In my photography I have always been fascinated by the mix of the mundane and the extraordinary. “ 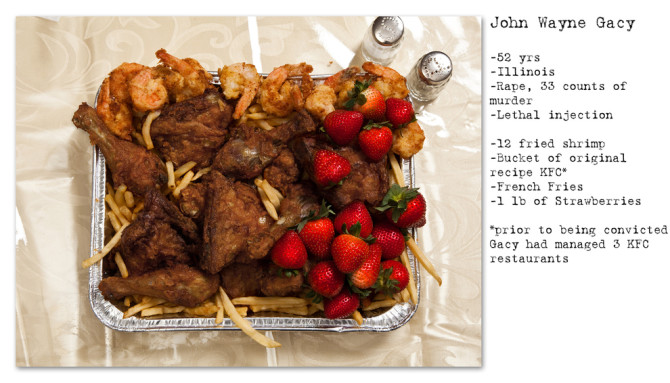 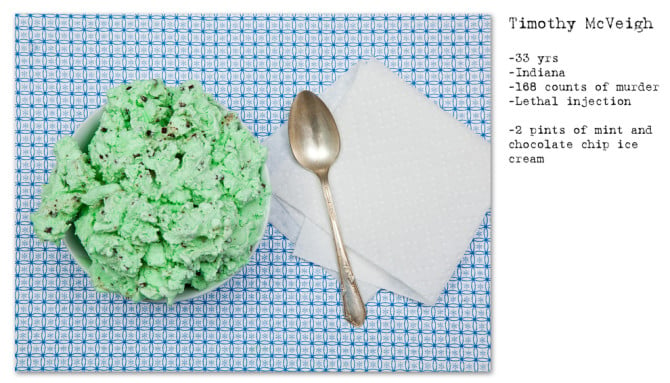 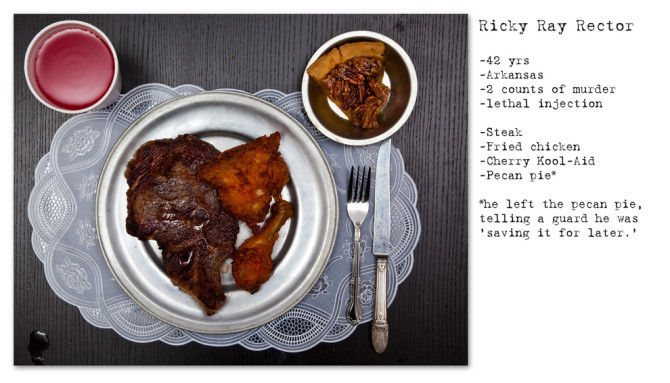 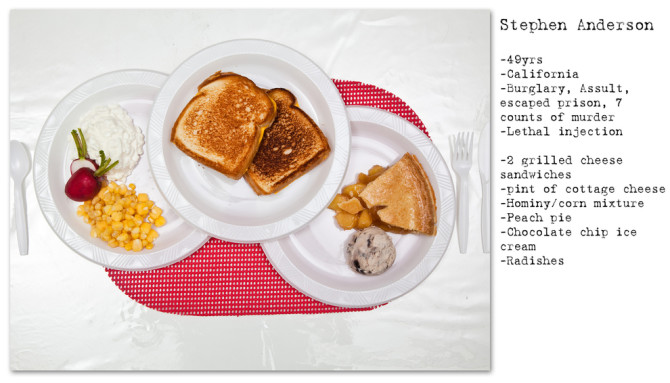 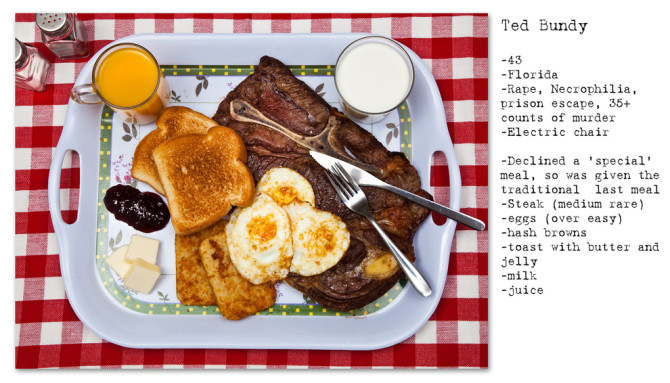 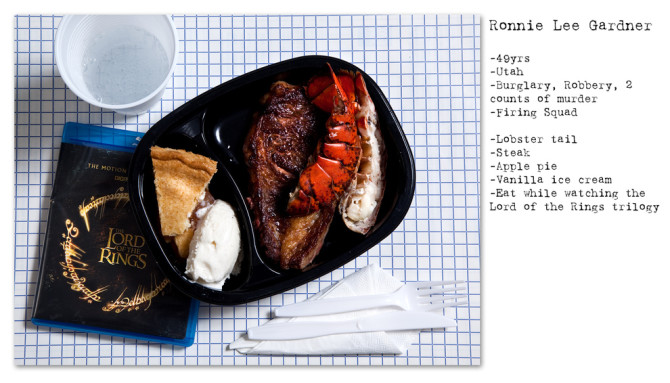 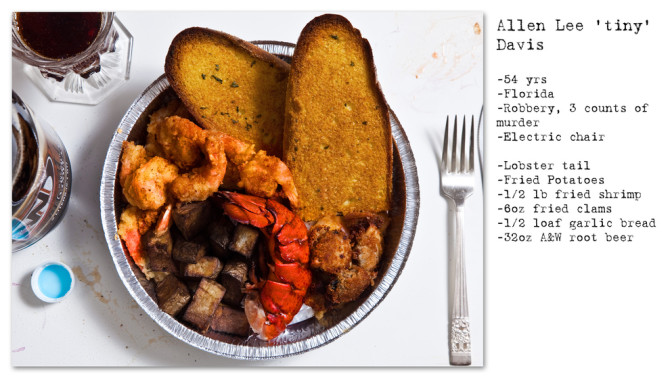 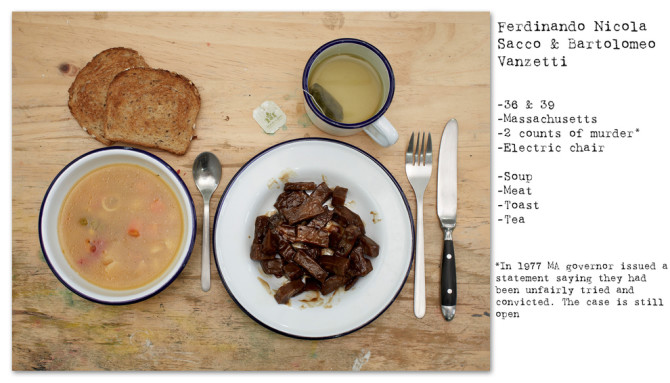 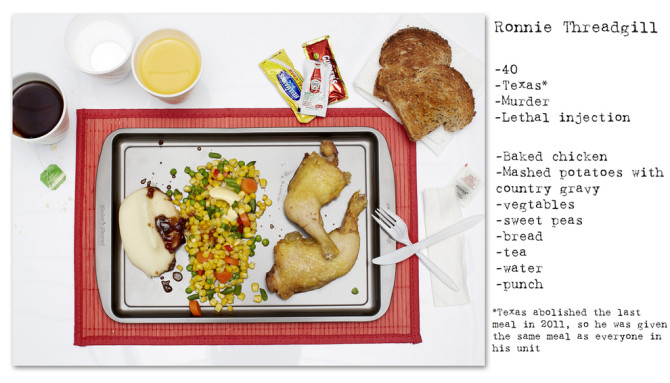 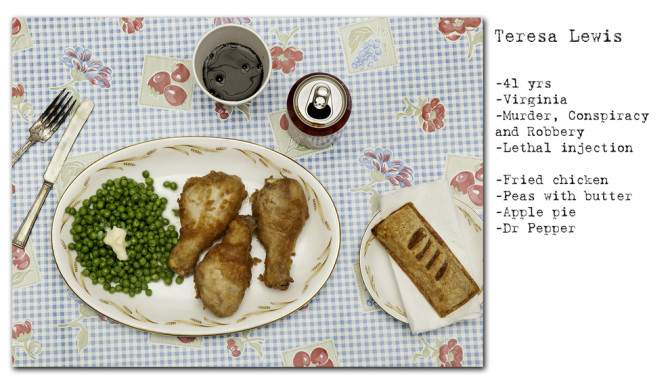 « Women vs. Men
See How Lighting Position Affects The Mood and Perception of a Scene »