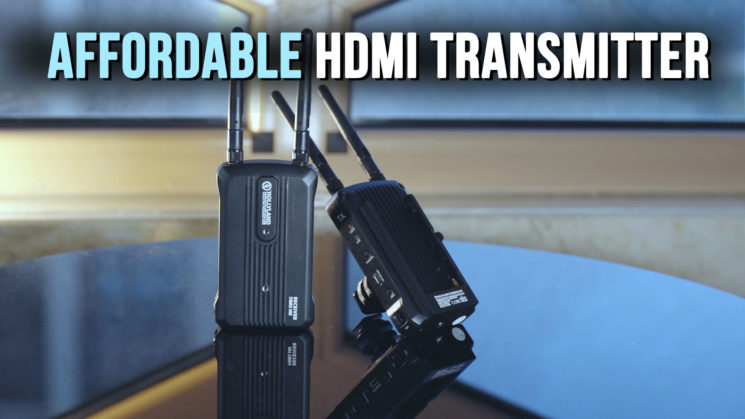 I’ll be honest. I’d never heard of Hollyland when they reached out to me and asked if I could have a look at their Mars 300 wireless video transmitter (Amazon | B&H). Will I be keeping my eye out for more stuff from them after having tried read? Read on to find out.

The Mars 300 is a new entry-level wireless video transmitter. So why would you need or use one of these?

Well, there are a few different use cases for wireless video transmitters.

The one I use them for the most is for bigger projects where not everyone who needs or wanted to see what is coming off the camera is in a position do so. For example, you may have your client who is paying for the whole shoot on set and they don’t want to be just sitting around doing nothing as people run all over the place.

They want to be in on the action and they certainly want to be able to see what they are getting for their money. So they want to see what you’re shooting as you’re shooting it. Now, of course, there are issues with video. As what comes straight off the camera is not what the final product is. As you will need to color grade, edit and all that. But every client that I’ve ever had on set still got a great thrill out of being able to see, right away, what a shot looked like.

Before wireless transmitters became “affordable”. The way you’d let the client see is they would come over and look at the back of the screen. But on a larger set, that could be a challenge and they could get in the way. So being able to have a monitor wirelessly connected to the camera, the client can then sit back, relax and still see what is going on.

You may be thinking “having a client watch in real time as I work would be a nightmare”. Think of all the immediate “feedback” you’d get from the client. I agree that sometimes that can be frustrating and not productive as most clients may not understand how a single shot is going to work in the overall project.

They may think it looks bad as they don’t see how it will fit in with the others.

That can happen, but I’ve had more good experiences where the client will tell me right away that the shot doesn’t look exactly how they’d like it. So I can shoot it again the way they like it. We may not use that shot because it won’t work as the client doesn’t have that overall vision. But on the day, the client feels valued and listened to. Also, sometimes the client actually is right and the way they want it shot looks better than how I did it. None of us are perfect. 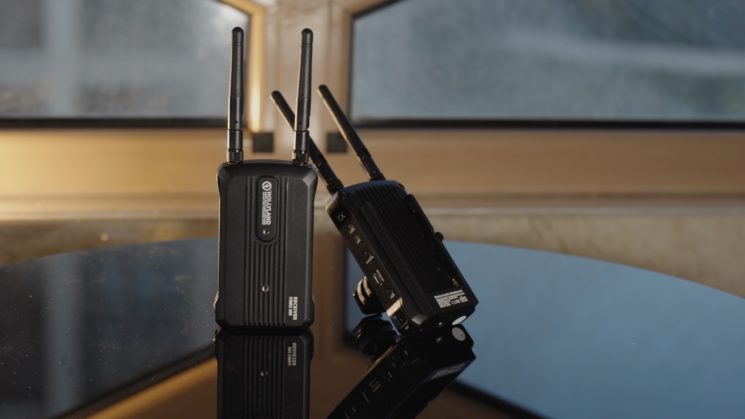 The other ways that you may use a wireless video transmitter are cases where the camera’s screen can’t be seen easily.

So for example, if the camera is on a gimbal or you’re shooting in a tight space like a car or small room.

With some cameras, you need to output your footage to an external recorder and you may not be able to mount the recorder directly onto the camera, because it’s in a small space.

How does the Mars 300 stack up in these situations?

The Mars 300 comes with a single transmitter unit and a single receiver unit.

On the one side you have HDMI input and loop out and the DC power port on the transmitter. On the receiver, you have two HDMI output ports. So you can output to two monitors simultaneously.

On the other side, you have a power switch, a pairing button, a USB port that promisingly says “upgrade”. A channel button and a link and video light to indicate when you have them link and the video signal is working.

The last thing on this side is a label that says either “TX” for your transmitter unit or “RX” on your receiver unit. I know this seems obvious, but it’s nice to have the label. So silly people like me can quickly see which is which when setting up.

On the back is the battery port, they use the standard Sony NP-F970 battery.

There is a standard screw point on the bottom of both units and they come with a single screw point attachment for the back. I would have preferred if they gave us two, one for each unit.

In terms of performance, I was pretty impressed by them considering the price. Most wireless units start at about $1500 and up. The Mars 300 is selling at the time of writing for $499. 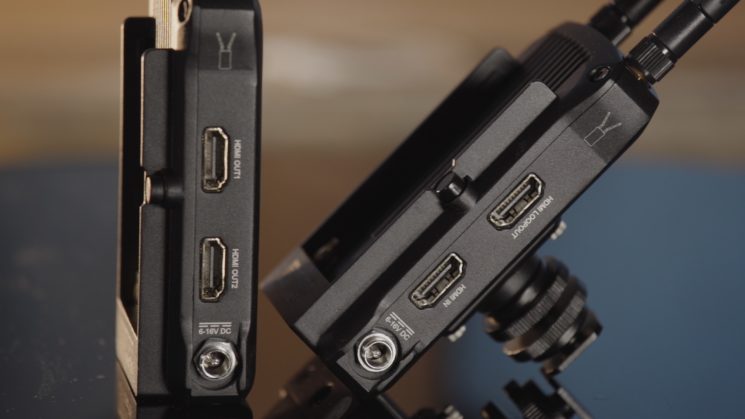 The latency refers to any delay in the signal from the camera via the Mars 300. Hollyland do say that there is latency, and again for the price, I’d expect it. The latency wasn’t that bad. It’s still enough that I wouldn’t use the Mars 300 to pull focus on a shot. As by the time I pulled the focus I’d be a split second off. But it wasn’t nearly as bad as I was expecting. I’d say it’s fractions of a second or maybe one second.

If you need zero latency, Hollyland do have a higher end unit that does that. I hope to have one of those for review very soon.

Claimed battery life is 3 hours. I found they went for a fair bit longer and I actually got about 4-5 hours out of them. Though of course, your use may vary. 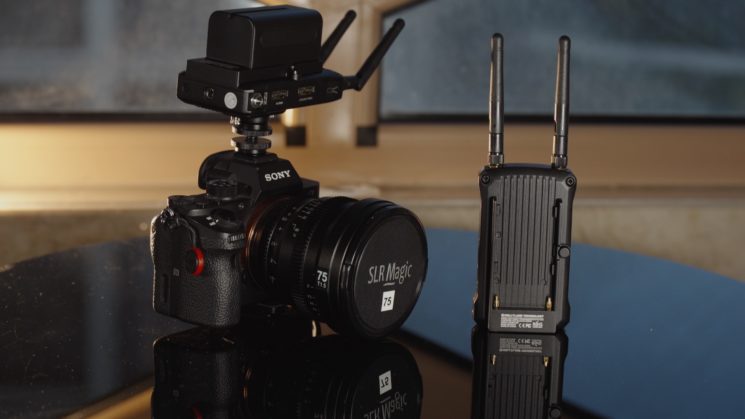 As the name would suggest. The range on the Mars 300 is 300 feet. Another thing to point out is that it is line of sight. Which is to say that if you have a wall between the transmitter and receiver it most likely will lose signal. If found the range to be pretty much around 300 feet, and maybe even a few more. I also tested it in my house which has not very think walls, but I could even maintain signal between 3 rooms.

Having said that I then tried it in my hotel. After walking about 20 feet down the hall, I lost signal. But keep in mind there was about 3 concrete walls in the way by then, so fair enough.

Again, on the box, Hollyland state that the Mars 300 transmits compressed footage. I found that the quality was totally usable. Of course, if you need full quality transmissions then they do have higher end units that do that.

Whilst the latency and not 100% footage quality would mean I wouldn’t be able to use these in every situation that I would use a wireless transmitter in. I think for the price, you’re getting a really good entry level unit.

The best use case for the Mars 300? I’d say is when you as a director or a client want to be able to see what’s going on, on your camera. Without being directly behind the camera.

As long as you’re aware of the limitations, I’d say the Mars 300 is a really good way to dip your toes into the wireless video world.

« Do you really need a new camera? Ask yourself these questions before you buy it
Don’t make these five mistakes when switching from photography to video »