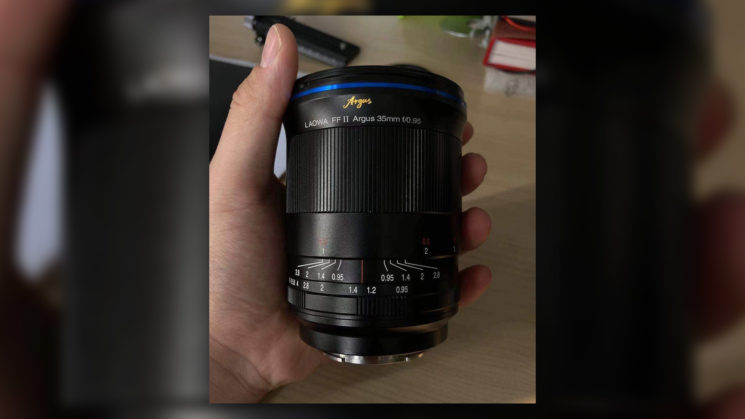 It was rumoured way back in January, and expected “soon”, but now it looks like it might finally be on the way very soon. The first photo has leaked of what is expected to be Venus Optics’ new Laowa FF II Argus 35mm f/0.95 lens for both DSLRs and mirrorless cameras. This means we can likely expect it to come in both Nikon F & Z as well as Canon EF & RF mounts. Chances are we’ll see Sony E and Leica L, too.

As to which mounts will come first, though, is anybody’s guess. 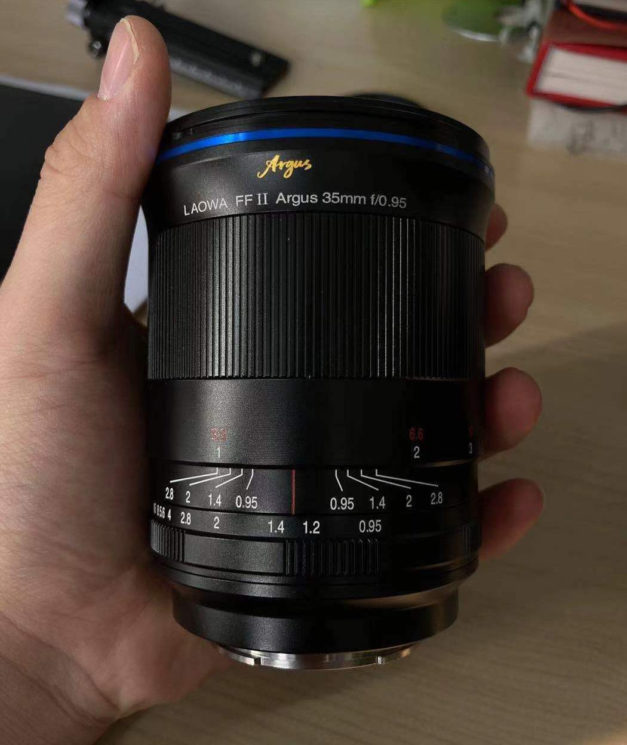 Naturally, there aren’t really any specs yet, other than the fact that it has a 35mm focal length and a maximum aperture of f/0.95. The “FF” in the name would suggest that it’s designed for full-frame sensors and not APS-C. Looking at the photo, though, it looks like a pretty compact lens for a full-frame lens with such a large wide aperture. I think given this small stature, it’s likely going to be a manual focus lens.

Also, there’s obviously no word on a potential price. I can’t imagine it’ll be cheap, but I’m very interested to see how it performs once we start to see some real images shot with it.