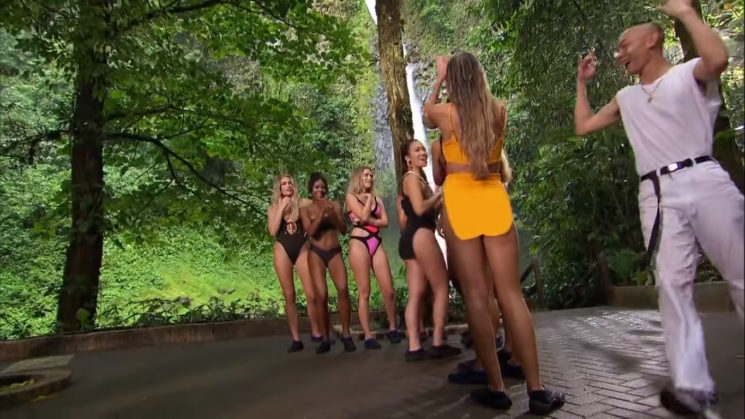 We’ve seen plenty of hilarious and downright incredible Photoshop fails. One thing they never fail to do, though, is making us laugh. A few days ago, an episode of “The Bachelor” came under the spotlight for its terrible Photoshop job. It features women in bikinis having a photoshoot, but the producers apparently believed that some bikinis revealed too much. So, they “extended” them by literally painting them in, and it looks so terrible that I highly suspect they used MS Paint.

The recent episode of ABC’s popular show leads us through a photoshoot for Cosmopolitan Magazine. There are a bunch of girls in bikinis, posing with Peter Weber who is apparently the bachelor. Everything goes as a normal photoshoot and as everyday life. There are a few girls around one guy, fighting for his attention. Then the guy kisses one of them while the other ones are watching jealously. One of the girls admits that she doesn’t like sharing Peter with another girl… You know, the regular stuff. And then, you see this:

It seems like someone thought the bikinis were too vulgar, unlike the rest of the show. So, they decided to add these random blotches of color. As the show moves on to the one-on-one photo shoot, there’s more kissing and more jealous looks. But a bikini seems to be a problem again. So, it was once again “extended” with this drawing that looks like something I did when I discovered MS Paint at the age of 6. 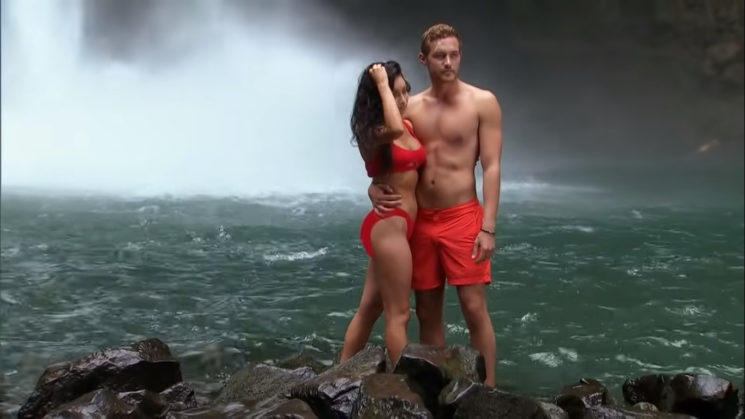 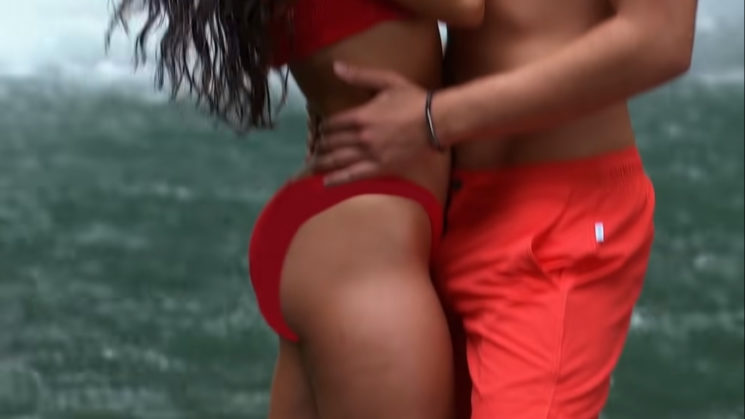 Of course, this kind of “professional editing” caused a lot of reactions on Twitter. I mean, you can’t not notice this:

the best part of #TheBachelor is when the girls wear bikinis and if too much cheek is showing and the producers just try and draw more to the bottoms to show less ass. Quality editing

Based on the editing this season, couldn’t they have stepped it up with the face? They used MS paint for everything else #TheBachelor pic.twitter.com/2j2xrV7dbt

I managed to capture a few screenshots, as you can see above, but Twitter users captured some more and they’re equally hilarious:

The way #TheBachelor is blurring this bikinis should be a crime pic.twitter.com/Uz5kzf6rvl

DID THEY PHOTO SHOP THEIR BATHING SUIT BOTTOMS #THEBACHELOR pic.twitter.com/3nCb1Eo4jk

And these two tweets pretty much sum up what I think about the entire thing:

Cracks me up how it’s ok to show the bachelor make out with multiple women in one night, but better photoshop full bikini bottoms on their butts. 😂 #TheBachelor

I believe that rules determine how much skin can be shown before a TV program needs to change the maturity rating. Still, I can’t imagine why the “critical parts” weren’t just scrambled as they normally are. Why use these MS Paint creations? And not to mention that I don’t understand why a bit of skin is worse than making out on TV with multiple women… But I guess that’s a whole other story.

Quick Tip: Learn How To Keep Your Cables From Breaking When Extending Them

« YouTuber pranks her followers with “photos from Bali” taken at her local IKEA
Are your social media photos ending up in a law enforcement database? »