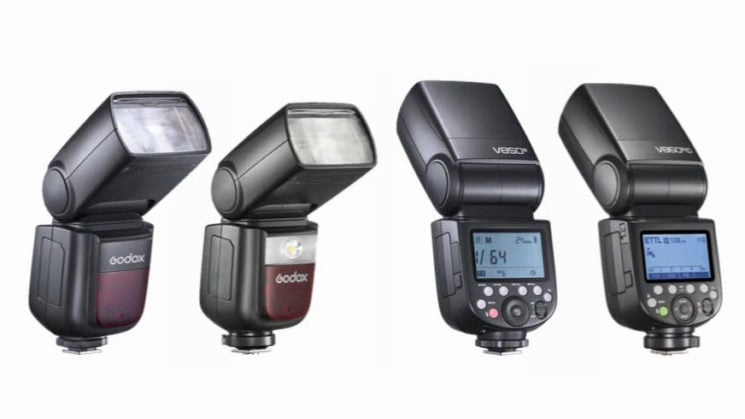 There’s still been no official announcement from Godox and there’s no mention of it publicly on the Godox website yet, but the Godox V860III speedlight appears to have started popping up in the listings at online retailers. In this case, that retailer is B&H. While there are no images of the new speedlight yet, we’ve seen those leaked before, although all of the new features are listed.

Also listed is the price and compatibility. Coming in at $199, it’s available to pre-order now for Canon, Nikon, Fuji and Sony. Notably absent from this list are the Panasonic/Olympus and Pentax versions. Those are on the way according to the last leak, but they’re not yet listed at B&H. Also not listed yet is the expected V850III manual speedlight. 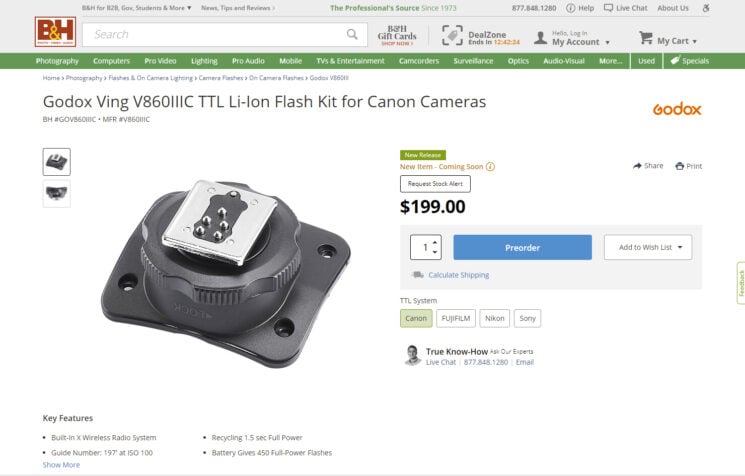 The listing confirms the existence of the modelling light, a 1.5 second recycle time, 20-200mm zoom range, and compatibility with TTL and High Speed sync. Like the V860II, the V860III features a built-in 2.4Ghz receiver for using it off-camera with one of the Godox transmitters or another Godox speedlight acting as a commander.

As mentioned, there’s still been no official word from Godox yet and the B&H listing doesn’t mention a shipping date, but the Godox V860III is available to pre-order for $199 for Nikon, Canon, Fuji and Sony.

End of an era? The Sony A9 is showing up discontinued at online retailers