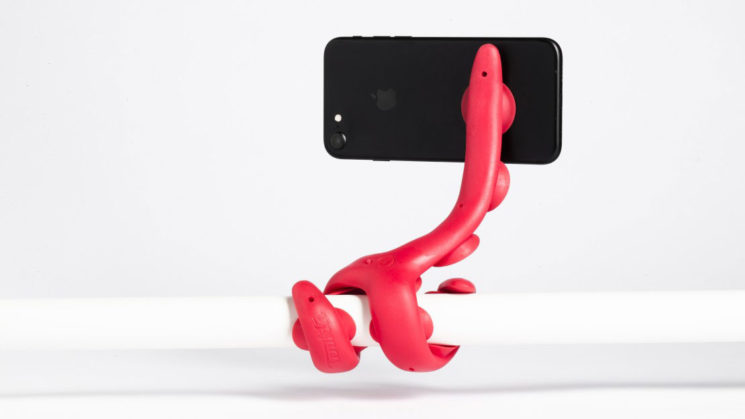 This has to be the weirdest yet coolest looking camera mount I’ve ever seen. It’s like a JOBY GorillaPod, but with suction cups. Despite obvious inspiration from a certain aquatic animal, the Tenikle has only 3 legs, not 8. Each of these legs is not only bendy, but also has several suction cups.

Combining bendy legs with suction cups certainly opens up more camera positioning options, with less gear. The Tenikle is currently on Kickstarter with just over a couple of days left, and it’s absolutely smashed its $15K goal.

The goal of Tenikle is to reduce the clutter we have in our bags. To combine multiple camera mounts into one. Wherever you might use a GorillaPod, a mini tripod like the Manfrotto Pixi, a suction cup mount,  or even a selfie stick, this could do the job instead. Assuming, of course, you only want to use a small camera or your phone.

For a retail price of $30, this is a fantastic little gadget to keep in your bag. Even if you don’t envision it being something you use often, it’s cheap enough to be worth having. I don’t imagine it could handle something as weighty as a DSLR, or even a small mirrorless. But for “fly on the wall” behind the scenes video with an action camera or your phone, it’s perfect.

That it has suction cups on the legs means you don’t even need to mess around with special mounts for your phones. The legs will just stick right to the back of your phone, letting you wrap the remaining two legs around pretty much anything. 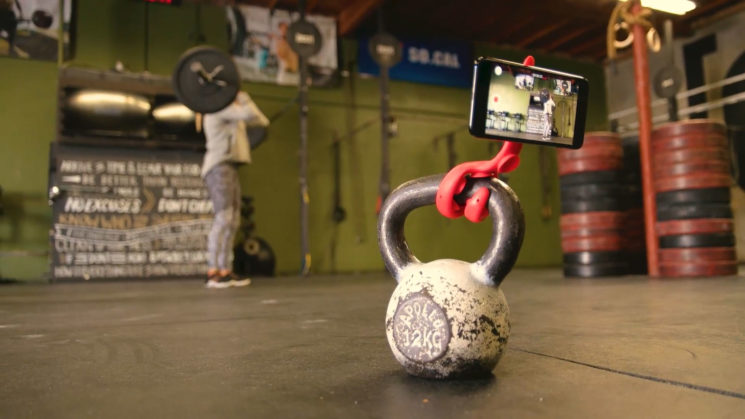 It looks like you don’t actually even need to wrap it around something, either, as the suction cups seem to do a fairly solid job of holding on. The legs also look to be quite firm. Great for those quick desktop projects where you need an overhead camera. 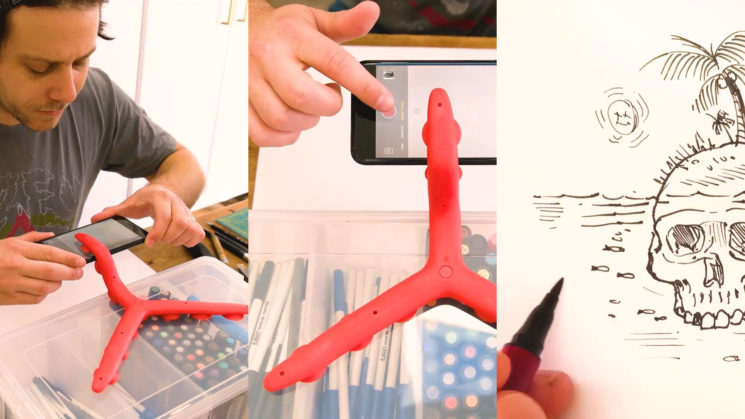 The Tenikle also contains a 1/4-20″ socket, allowing you to screw on an adapter for mounting action cameras like a GoPro, or YI 4K. Useful if you want to quickly switch from wrapped around your handlebars to selfie stick once you get off your ride.

While the phone will stick to one of the suckers, you could also use this to mount a more traditional phone holder, too.

It’s certainly not going to change the way you mount your DSLR and mirrorless cameras for shooting. But for casual stuff where your phone or an action camera can stand up to the job, this looks an ideal mounting option under a variety of conditions.

There’s only 66 hours left to go on the Kickstarter campaign. It’s already way past its original $15,000 goal, sitting at $82,000. Even if you don’t want to get one for yourself, with Christmas only a couple of months away (and some stores already starting to get the decorations out), this could be a great gift for the photographer in your life.

‘Clownville’ Explains why Clowns are what Nightmares Are Made Of