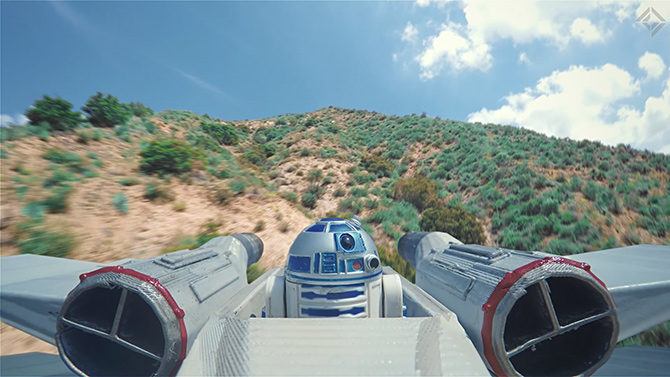 This has to be the best use for drones ever and you can almost hear “Help me R2, you’re my only hope!” running through your head as the video starts to play.

The guys at CorridorDigital teamed up with the amazing drone pilots from Rotor Riot to bring us one of the most amazing drone videos we’ve ever seen.  Mixing terrestrial and drone footage, along with a dose of miniature and VFX work results in this epic battle for air supremacy.

Of course, our hero saves the day, but the real heroes here are the pilots and crew that went into making this short film.

Using several racing drones, the highly skilled pilots from Rotor Riot recorded the aerial chase footage, which required a lot of testing and experimentation to figure out what manoeuvres and flightpaths would work. 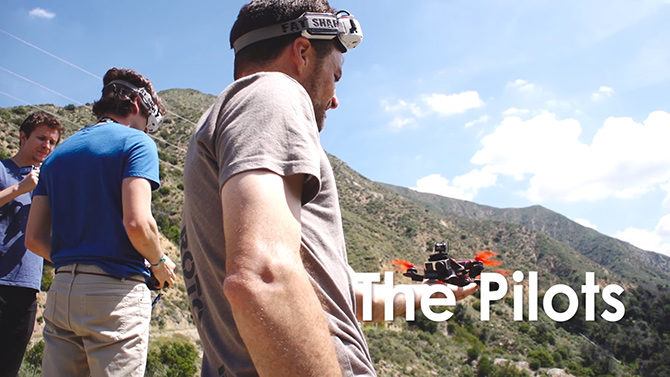 3D printed miniature cockpits were then created by CorridorDigital to be filmed separately.  These were filmed with moves matching those of the drone footage to give a realistic and believable direction of light.  This was something that proved to be much easier said than done.

Both sets of footage were filmed with GoPro cameras so the shots match each other well.  When composited, it’s difficult to tell that it wasn’t actually being recorded from inside a tie-fighter or an X-Wing. 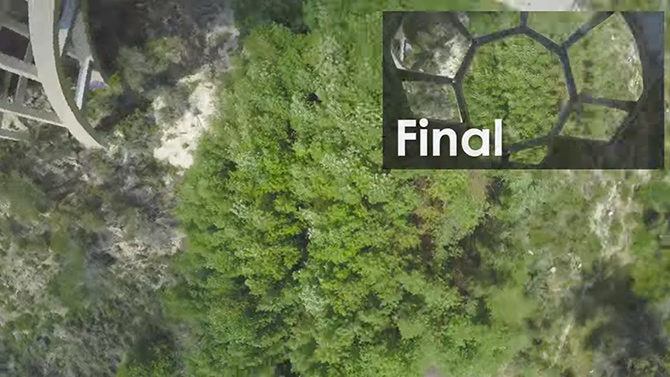 Throw in a few blaster shots, a cool musical score, some sound effects and you’re good all done. 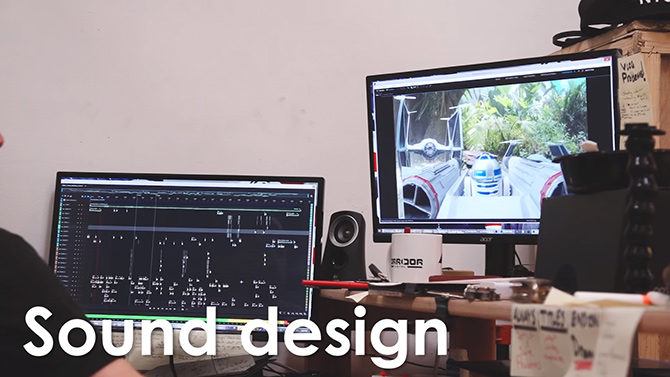 Both crews have put together their own behind the scenes videos, showing how things all came together.

When you watch both of the behind the scenes videos, you realise just how much thought and work went into creating this four and a half minute video.

There’s been no word yet on when the prequel trilogy will be released. ;)

Had you already figured out the tricks they used while watching this before seeing the behind the scenes?  Or were you completely taken in from the offset?  Let us know in the comments.

« Tutorial: Add a realistic lens flare to a photo in seconds
How to light a bathroom portrait mixing natural light with LED lights and cookies »