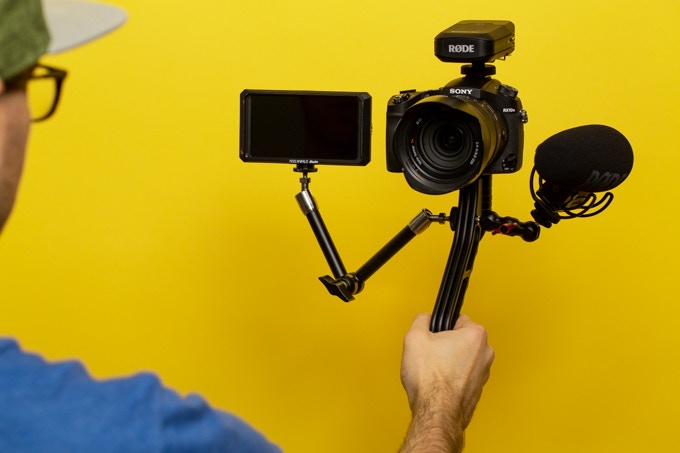 There are a few brands out there that make small, compact tripods. But SwitchPod is a new product that aims to provide you with everything you need from a mini tripod. It’s small, lightweight, compact and it transforms in a few seconds. And you could find it useful regardless of the camera you use and what you shoot, be it photos videos or vlogs. Well, especially vlogs, I’d say.

Just like GorillaPod and other handheld tripods, the SwitchPod also switches between the handheld the tripod mode, and it only takes seconds to transform.  It’s lightweight and very compact and slim, yet it’s “nearly indestructible,” as its makers describe it. It can hold up to 100 pounds, which is quite a lot for a small tripod. And this means it can take basically any camera you attach to it. 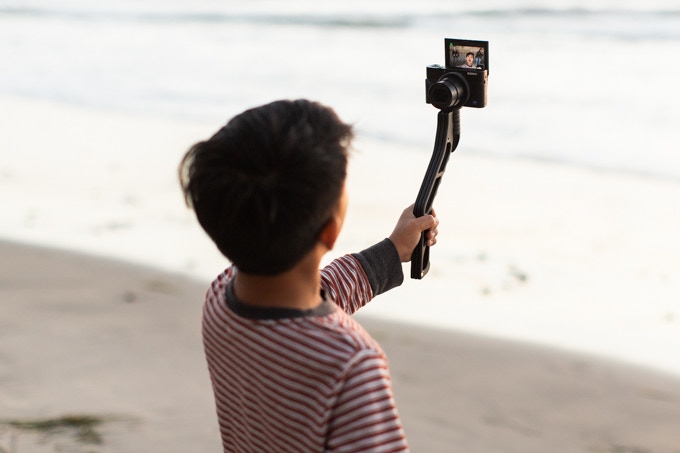 As I mentioned, it’s aimed primarily at vloggers, who need a handle to film themselves from hand, but also a tripod to set the camera on a flat surface. The SwitchPod’s handle is designed specifically for vloggers when it’s folded, and you can quickly turn it into a tripod and place it on a table. 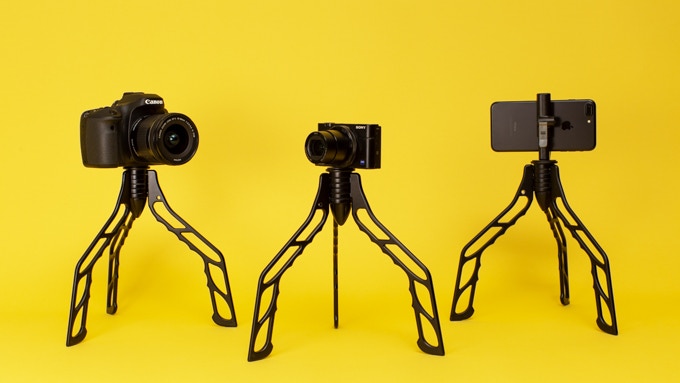 One of the perks pointed out by the SwitchPod’s makers is versatility. You can modify it by adding your own quick release plate or a ball head. You can also use the two ¼-20″ threads on the legs to add accessories such as a microphone, a monitor, or an LED light. Something like that slightly weird GorillaPod rig with “arms.”

While we’re at the GorillaPod, you may wonder why not just use that. While it sure is handy, one of the advantages of the SwitchPod is that it’s way more compact and faster to set up. You can see the comparison and hear some points Peter McKinnon discusses in his review of the SwitchPod.

Another option for vloggers could be Manfrotto PIXI. However, as my work buddy John points out, the PIXI doesn’t quite let you get the camera far enough away from your face when handholding it. The SwitchPod resolves this because the handle is longer.

I must admit that I quite like the SwitchPod, at least from what I can see in the online presentation. The makers have launched a Kickstarter campaign, which has already surpassed the 100,000 funding goal, big time.

When compared to other handheld tripods, the only downside is the price. The SwitchPod costs $79 via Kickstarter, and the retail price will be $99 once the product is officially launched. But if you think the SwitchPod will come in handy and solve all the challenges you may face with your current handheld tripod, perhaps it’s worth the extra money.