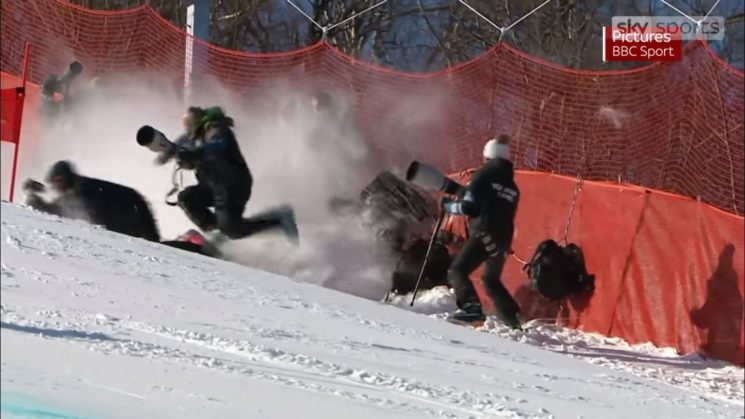 Photographing sports or car races always bears a certain amount of risk (both for the sportsmen and the photographers). Yesterday, photographers at the Winter Olympic Games in PyeongChang had a close encounter with Swiss skier Lara Gut, who crashed into them.

The incident happened during the women’s giant slalom. As Reuters reports, only seventeen seconds into her run, Gut apparently caught one of the gates with the tip of her ski and lost her balance. She was rushing downhill towards a group of photographers and crashed into them like they were bowling pins. She smashed into photographer Sean Haffey, but as you can see in the video, another photographer ended up on the ground. Fortunately, it ended without anyone getting injured. One of the photographers even managed to grab the other camera and take some shots. 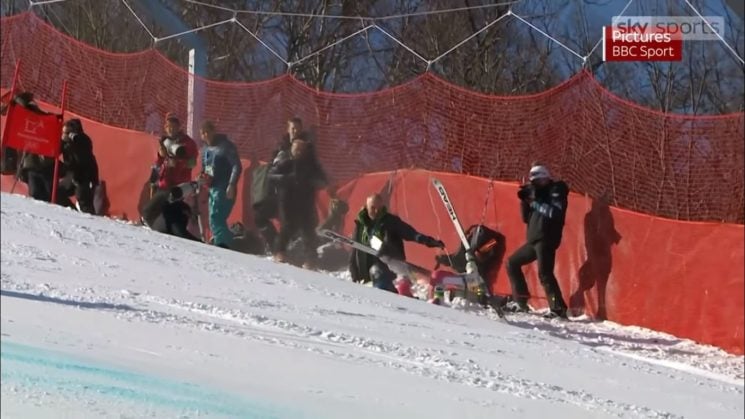 After making sure the photographer was okay, Gut later joked with the reporters that “it’s getting scary to be a photographer on skiing hills.” Reportedly, the skier is feeling fine and will be ready for the super-G in two days.

Although everything happened so fast, Haffey managed to take an awesome photo of Gut seconds before she knocked him down. So I guess it was worth the risk.

[via Reuters, The Sun]

Skier falls into a 60ft crevasse, captures it on GoPro

« Lensbaby Burnside 35 is a 35mm f/2.8 lens with variable bokeh and vignette
ProGrade is the memory cards company that Lexar could have been »