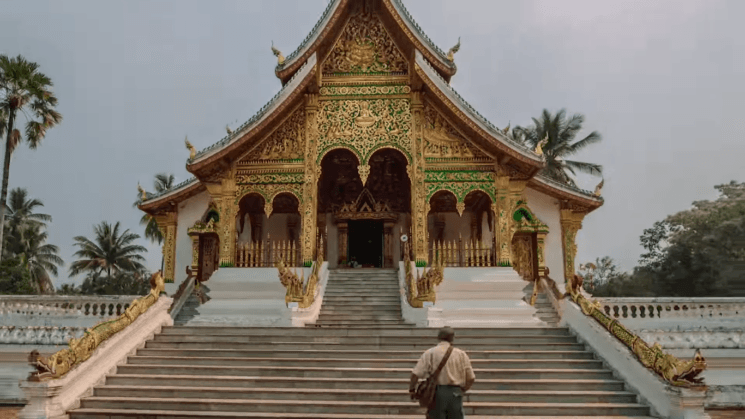 Other than coming home with great photos, traveling enriches your soul and helps you learn more about yourself, the others, and the world. A young Swiss couple shares this point of view, and they have even quit their jobs so they can travel Asia for six months. And it wasn’t for nothing. Sylvain Botter and Jenny Gehrig visited nine Asian countries and returned home with thousands of photos. They used them to create an epic hyperlapse called “Share Your Dream”, to share their adventure and inspire others to travel.

Sylvian and Jenny say they have many differences but there is one huge thing they have in common – the passion for travel. Their mission is to promote this idea and inspire others to explore the world. As they say, they “believe in witnessing the world’s beauty, interacting with different people and observing the society norms and culture of each country, and repeating, travel while you still can”.

The couple worked in the tourism industry, which correlates with their desire to travel. However, the passion took them so far, that they left the jobs and started an adventure. They decided to live their dream, and they went to a 6-month trip around Asia. They visited nine countries and some extraordinary places: Temples of Laos and Cambodia, The Forbidden City of Beijing, Banter Canals in Vietnam, to name only a few. They returned home with thousands of photos from a long trip. They used them up to create a captivating hyperlapse that shows all the beauties of this exotic part of the world.

Sylvian and Jenny say that “we travel to lose ourselves, and then to find ourselves.” And this is exactly how I see travelling as well. If you like to travel and document it in pictures, videos and hyperlapses, make sure to subscribe to their YouTube channel and get inspiration.

11 Travel Photography Tips To Get You Through The Summer

Watch: a timelapse of dyeing of the Chicago River green

Don’t make these mistakes when you plan a photography trip