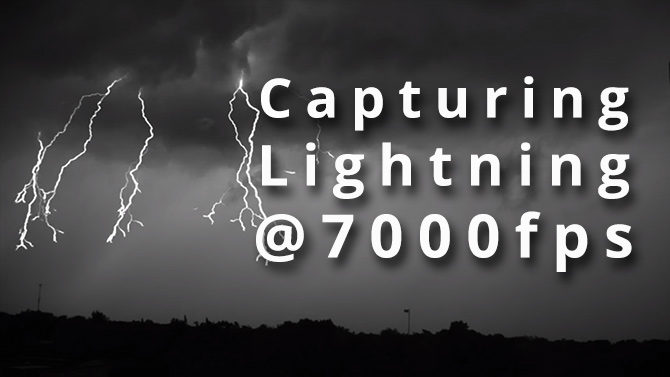 Lightning is one of those that subjects many of us have tried to photograph at some point or another if we live in an area where it happens.  It’s one of those topics that seems almost too well documented.  There’s a million different methods and techniques to try and figuring out which one works the best can only be discovered by actually giving it a go.

Professor Ningyu Liu at the Florida Institute of Technology’s Geospace Physics Laboratory has taken things a little further by capturing a recent lightning storm at 7,000 frames per second, showing the majestic beauty of lightning as it steers towards the earth.

The music might seem a little dated, but it’s an enchanting look at how lightning falls from the skies, and then erupts the instant any part of it touches the ground. 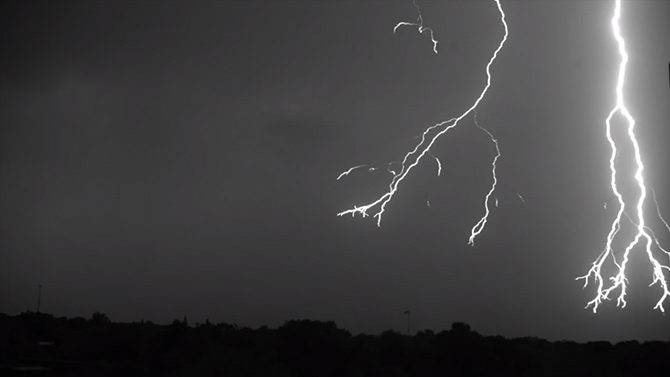 What’s interesting about these images is that they show something that would be virtually impossible to get without a super high framerate camera.  Human reaction times are just too slow, and you’d have to be able to almost predict the future to account for shutter lag.

Sure, it’s possible we’d be able to get a single frame of something like this on a DSLR, but you’d have to be one of the luckiest people alive to get the timing just right that your exposure would line up with a strike in mid-flow.  It wouldn’t be something you could guarantee consistently, that’s for sure.

It’d be interesting to see what some slow motion experts like the Slow Mo Guys would be able to show us from lightning strikes.

« What life is like on a movie set through the eyes of a production assistant
Sigma 85mm f/1.4 DG Art Lens may be coming as soon as September »