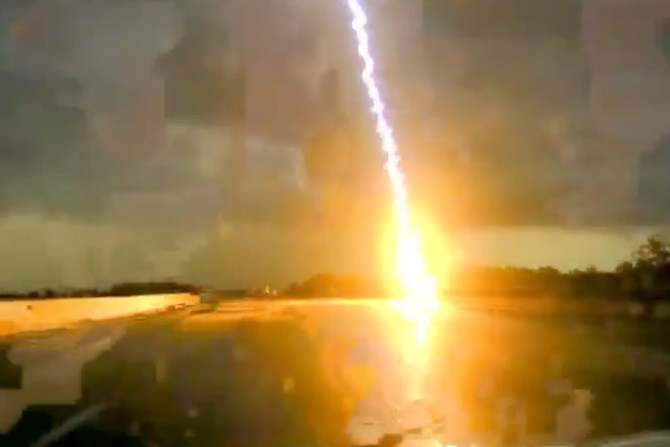 If Sgt. Mark Rodriguez’ mother ever told him not to go outside during thunderstorms because it’s dangerous, the Mississippi policeman will be hearing about this incident for the rest of his life.

While some people have to go out of their way to capture photos of lightning strikes, Rodriguez was lucky enough to have the lightning come to him. He was even luckier to have a dash cam installed in his cruiser and luckier yet that the lightning didn’t hit any closer…

Rodriguez was driving over the Tchoutacabouffa River Bridge on Interstate 10 early Tuesday morning when the colossus bolt of electricity struck and “nearly blinded” him.

We recently shared a clever GoPro hack that helps you capture every lightning strike, but you will have a hard time beating this perfectly-framed way-too-close-for-comfort footage.

When Rodriguez returned to the scene to check out the damage he found a chunk of singed concrete: 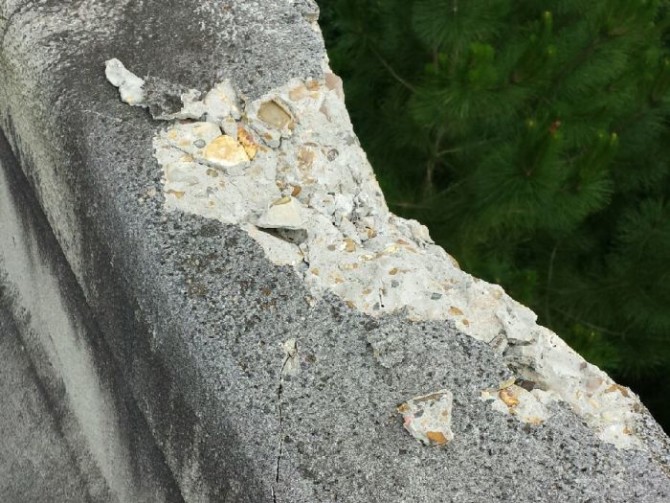 The above method recommends setting a GoPro to shoot 1080p/60fps so the newly announced HERO+ LCD should be perfect for the job.

Another method to automatically capture awesome lighting photos can be seen here.