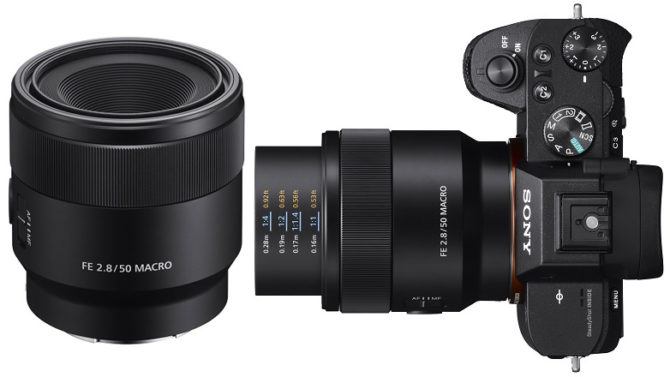 Sony have today announced the release of the full frame Sony FE 50mm f/2.8 Macro lens. This announcement doubles the number of lenses in their full frame macro range to two. It also gives those looking a “standard” lens an option other than the FE 50mm f/1.8, and the ability to focus much closer for 1:1 magnification.

It features many of the same design and features of its longer sibling, the FE 90mm f/2.8 Macro G OSS lens. Of course, this one has no image stabilisation. It does, however include dust and moisture resistant, focus-range limiter, focus-mode switches and a focus-hold button. 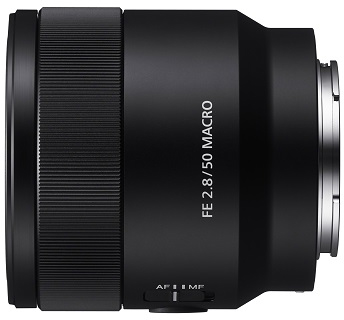 Sony’s other macro, the FE 90mm f/2.8 Macro G OSS lens, has garnered a lot of respect. Many, though, feel it’s a little long for their needs. So, this new 50mm macro will be a welcome addition for some Sony users. It also comes in at around half the price of the 90mm (currently $1,098).

It offers a minimum focus distance of 6.3 inches (about 16cm), which means your subject can be about 2″ (5cm) from the front of your lens. This is nice close focusing, but it doesn’t leave a lot of room for getting light to your subject. So, you’ll likely want to use a macro ringflash with such a lens.

The lens features an ED (Extra-low Dispersion) glass element to compensate for chromatic aberration at close focus distances. The lens is also dust and moisture resistant. That’s “resistant”, not “proof”. So, it’ll survive a bit of rain, but probably not a dip in the pool.

I don’t really get the appeal of short macro lenses myself. But that may simply be due to what I need a macro lens for. I use the Nikon 105mm f/2.8 Micro-Nikkor, and I find that a little short on occasion, even when using a crop body. Both Nikon and Canon make a 60mm macro. I’ve tried both, and they’re definitely both too short for me, I can’t imagine ever wanting to use a 50mm for macro.

Are you one of those who’ve been waiting for Sony to release a shorter macro lens? Are you eagerly anticipating the pre-orders opening up? Or will you go with the 90mm instead? Do you already have the 90mm? Will you be adding this to your arsenal? What would you shoot with such a short macro lens? Let us know in the comments.