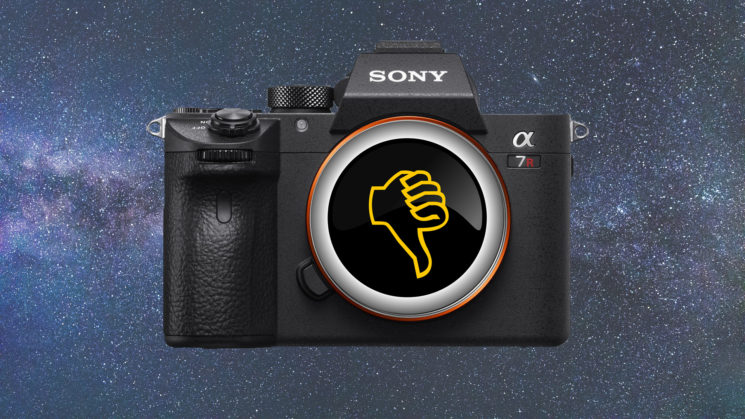 Recently, there was a report which gave astrophotographers some hope that the Sony’s “Star Eater” issue has been resolved. Still, after some new tests, it seems the problem still exists. The guys from DPReview have tested the spatial filtering in the new Sony a7R III along with Jim Kasson, and the results are not encouraging. According to their findings – Sony a7R III still eats stars.

As DPReview writes, the photos they shot in the field show at least some improvement over the ones taken with the Sony a7R II. They’ve published the images on their website to compare Sony a7R III with the a7R III. Both photos were shot at ISO 3200, f/1.8 and 15s shutter speed. You can compare the results of the two cameras, both with the v3.00 firmware. On the first glance, it looks like there is some improvement indeed. There are stars in the Sony a7R III shot that don’t exist in the photo taken with Sony a7R II. But what do Jim’s tests say?

Jim performed the in-depth analysis of the files taken with the Sony a7R III. As he writes, at ISO 1000 and a 1/1000 s shutter speed, the spatial filtering is very mild. It’s the same for the images shot at 3.2-second exposure: the Star Eater issue is “mild to non-existent.” However, when you hit 4 seconds exposure, the spatial filtering becomes really obvious, and even the smallest details have noise reduction applied to them. In other words, there’s a similar Star Eater problem in the a7R III which we previously saw in the a7R II.

Ultimately, you can still get some neat photos of starry skies with the a7R III, even if the exposure is over 3.2 s and the Star Eater kicks in. Also, the spatial filter is useful for handling the noise in long-exposure photos. But as DPReview writes, and I tend to agree: it would be good to have a choice whether or not you want this filter to be applied.