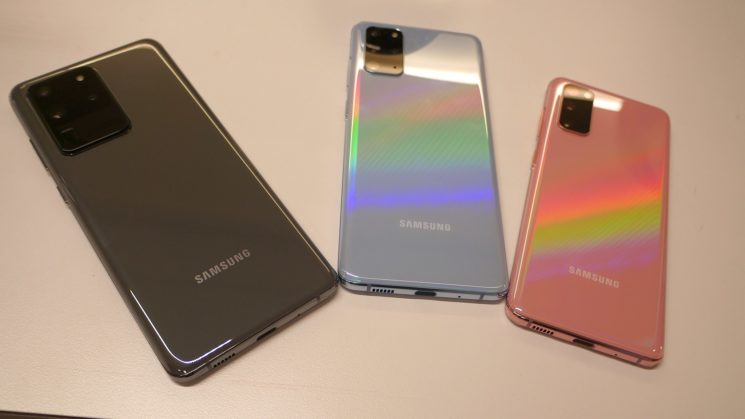 The new Samsung Galaxy S20 comes with great camera capabilities. However, what doesn’t seem to be so great is the build of the glass that covers it. Over the past two months, a number of users have complained that the camera glass is too brittle and shatters for no apparent reason.

There are numerous reports on Reddit, Twitter, and Samsung Community referring to the same issue. For some users, the crack looks like a thin line. For others, it looks way more severe, like someone punched a hole through the glass.

@SamsungMobileUS @UnboxTherapy @ZacksJerryRig @verge I'm wondering if @SamsungMobile will have anything to say about the camera glass breaking on the S20ultra while setting on my wireless charger. Tons of ppl on Samsung community saying the same thing #S20Ultra #Samsung pic.twitter.com/y7uSeLC2Vg

The glass of my new Samsung S20 ultra broke (makes me wonder the quality) Now guess ? The local repair certify center don’t have the cosmic grey glass. Worst purchase ever! #SamsungGalaxyS20Ultra @SamsungMobile I reached out with no answer. #shameful pic.twitter.com/9ug0hOMFm9

Hi @SamsungMobile. Can you please explain why you have not reinforced the glass on the periscope camera on the s20 ultra.
This broke while in my pocket.#GalaxyS20 #Samsung #GalaxyS20Ultra #Quality #lasted3days pic.twitter.com/DBERErTdsl

It appears that the circumstances under which the glass broke also differ between users. A few of them say that it happened while the phone was in their pocket. One user claims the crack appeared while setting up his wireless charger. What all of them have in common is that they hadn’t been rough to their phones or dropped them.

However, it looks like this damage doesn’t fall under warranty, despite users’ claims that it just happened on its own. This kind of damage is seen as “cosmetic damage” and it’s not covered by warranty. The cheapest option is to take it to Samsung’s official repair center and pay $100 if you’re a Samsung Premium Care member, Sam Mobile writes. And for those who are not Premium Care members, the repair costs $400. 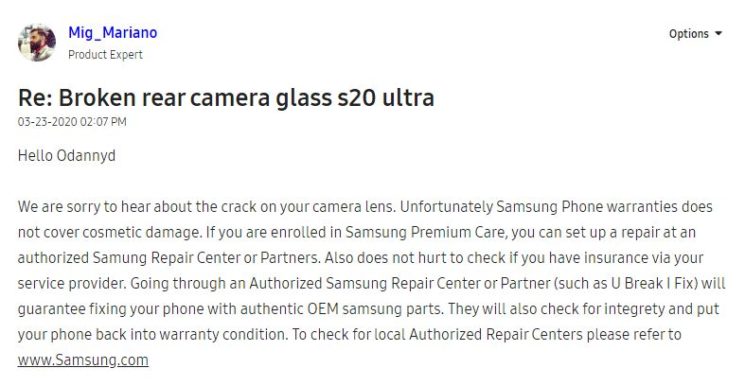 I’m honestly surprised by the number of people who have reported the same issue. And it’s a pretty unusual one. Users believe that it’s some kind of a design flaw, and I guess that’s a logical explanation. But, Samsung hasn’t acknowledged it anywhere yet nor is there an official statement regarding the issue. We’ll keep you posted if Samsung issues an official statement on this problem. And in the meantime, let us know if you’ve experienced this, too.

« Sony A7 III vs Canon EOS R vs Nikon Z6 – How do they compare with the latest 2020 firmware?
How has COVID-19 impacted the photography industry? »