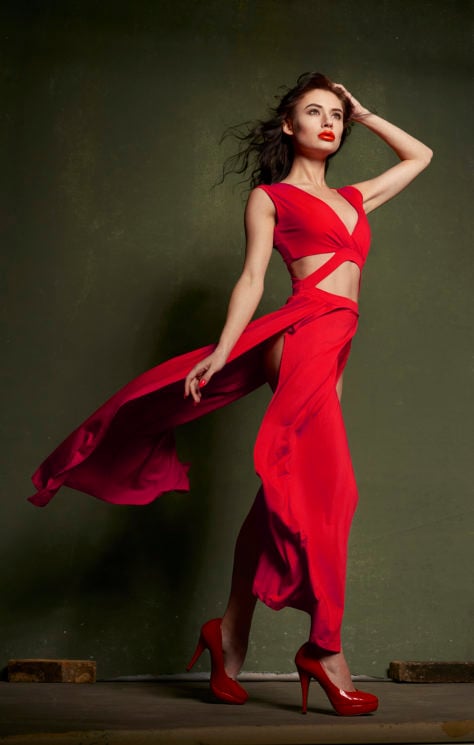 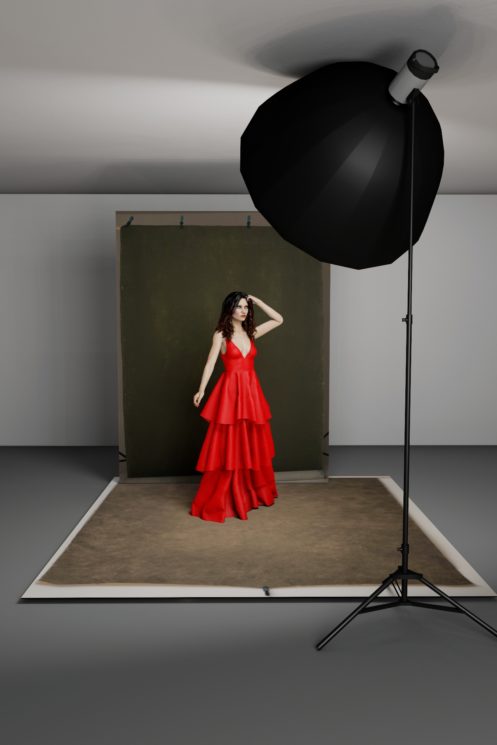 If you were to analyze a bunch of fashion shoots, one thing will stand out: almost all of them will involve hard light.

For this shoot, we wanted to have that typical fashion look, with its common dynamics and lighting motifs, but at the same time create a softer lighting effect.

To help achieve this, we settled on a relatively cheap parabolic umbrella. “Relatively cheap” meaning that it cost less than $150 but has a diameter of 180cm.

The peculiarity of parabolic umbrellas is that they radiate light across a very large area, but this light emerges almost parallel from the source. You get hard shadows but still a pretty smooth and soft light.

Our cheap umbrella here is certainly not as crisp as the big (and outrageously expensive) alternatives from Briese or Broncolor, but if it stands unused in a corner for 11 months and 29 days in a year, you won’t feel as if you’re not getting value from it.

The height of the light sources 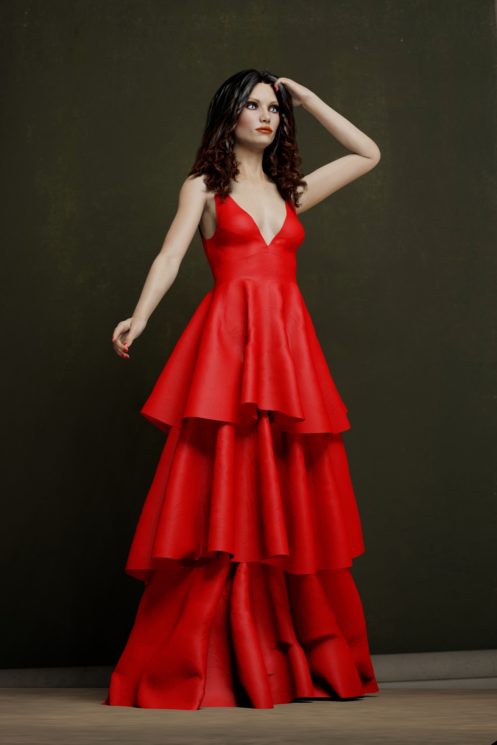 I always try to shine the light source down, on top of the model, but sometimes this isn’t that easy. Here it was particularly difficult because a 180cm diameter umbrella in a room with 3m ceilings does not give you much flexibility. It was a case of positioning the light as high as possible. 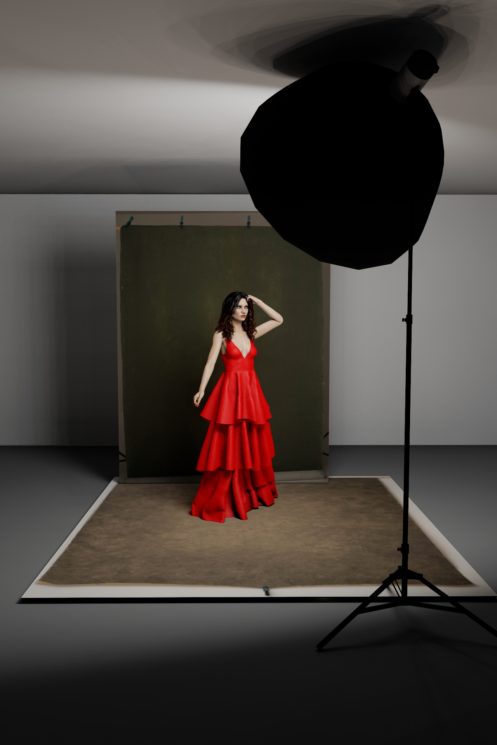 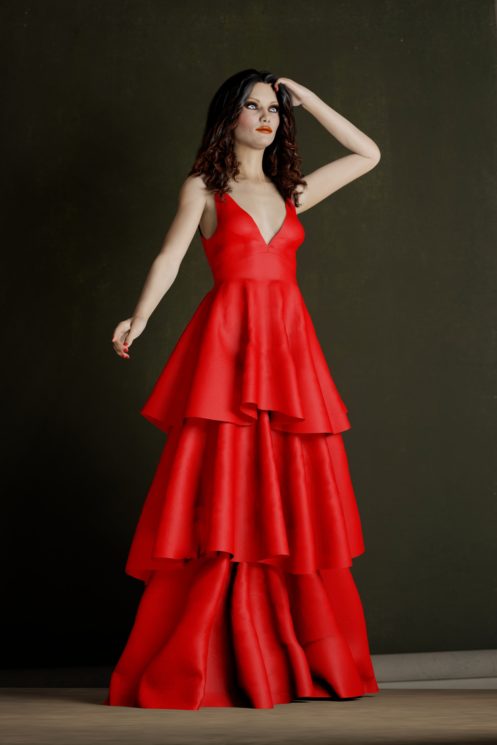 To provide you with a visual comparison, the light here is almost at eye level. The light fall across the whole of the model’s face changes, the shadow definition on the chin and chest is reduced and thus the image misses a lot of depth. 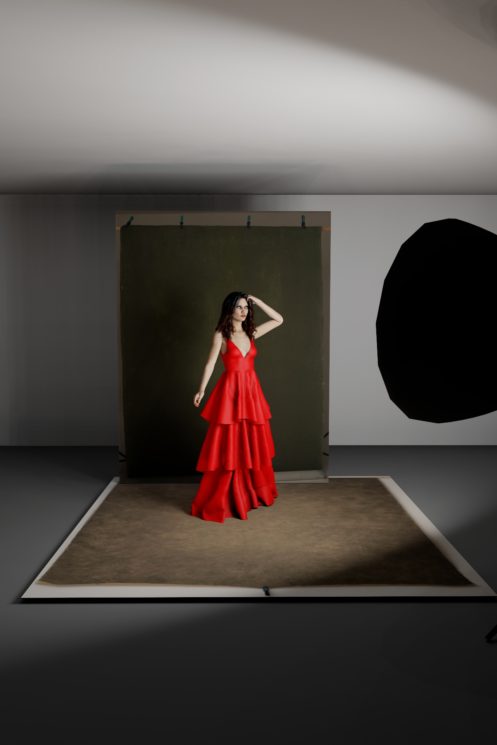 One thing was important for this photo: we wanted to take it away from the polished studio look and bring it more towards an art workshop feel. The model wore red clothes and makeup. In Photoshop the colors were adjusted and her skin tone brought down a bit to really make the red pop.

The green background forms a color contrast across the scene. One background was laid across the floor and secured with bricks while the second one was used as an actual background. You can see how it curls up a bit at the bottom, contributing to the less polished feel of the photo.

The Black and White portrait – The Lighting Series #10

« How to build your own DIY teleprompter for less than $10
Quick Tip: How to create electro-magnetic effect in Photoshop »