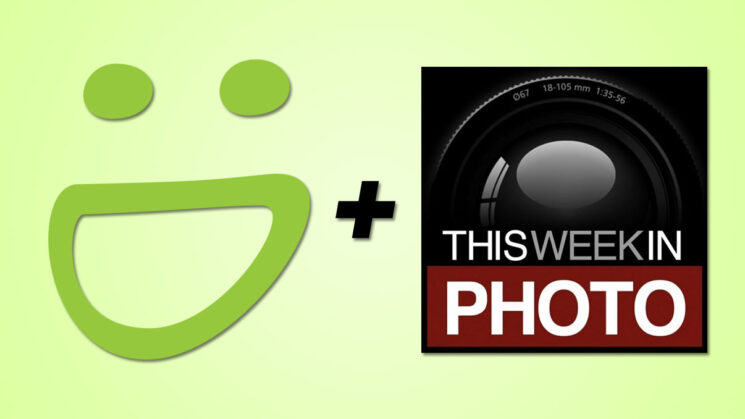 SmugMug has acquired the popular photography podcast, This Week in Photo – otherwise known as TWiP. It’s the second acquisition by the company after picking up Flickr in 2018. As well as acquiring the podcast itself, TWiP Editor in Chief Frederick Van Johnson is also joining SmugMug. He will lead content and new media while maintaining his role with TWiP to help it continue to grow and evolve.

SmugMug+Flickr VP of Marketing, Scott Kinzie says that “It’s an ideal match”, with both companies and TWiP having the goal of increasing the influence and impact of photography worldwide. TWiP was created by Frederick in 2008 as a primarily gear-focused podcast. It’s evolved since then to cover just about every topic in the photography industry.

SmugMug is a big name in the photography industry, having taken over the reins at Flickr in 2018 and brought it back to some relevance. Today, it sees traffic of around 60 million users per month. SmugMug’s acquisition of TWiP is a further step in the goal of helping to inspire and educate photographers around the world, no matter what their skill level. About the acquisition, Kinzie says:

Our purpose at SmugMug is building a better world through the power of photography, and This Week in Photo has been inspiring, educating, and connecting photographers for more than a decade. Naturally, we’re massive fans of [Johnson’s] work.

We’re among very few truly photographer-centric brands worldwide. We’re always looking for opportunities to support these cornerstones of the photographic community, so when we realized Frederick shared our vision for the future of photography, it became clear that this relationship was great not only for photographers but also for the art of photography itself.

This Week in Photo (TWiP) has been around since 2008, evolving from the initial discussion of the latest gear and gadgets to covering a wide range of photography topics. It now offers regular critiques on images, interviews and inspiration, and tips for how to take your passion pro with lots of business discussions from some of the world’s top working photographers. Johnson also spoke about the acquisition:

Frankly, it’s time for TWiP to evolve. I’ve built a wonderful podcast and community of photographers, but I believe TWiP can reach many more photographers, produce more amazing content, and expand the dialogue around photography — and its impact on our world. I just had to find the right team to work with, and SmugMug is the obvious choice because of its unprecedented brand recognition and reach into the photography industry.

A decade ago, it was all about gear and the latest tech. They also wanted to know how to build a portfolio or gallery with the tools of the time. People still love their gear, but today we’re increasingly seeing folks get into business, trying to make a go of it as a pro photographer. I’ve long admired SmugMug’s commitment to empowering photographers since signing up in 2004. I’m stoked to join them in their mission of getting more photographers informed, inspired, and entertained—it’s the opportunity of a lifetime.

It looks like the ideal match for both companies and their audiences, not to mention Flickr. With a wide range of photographers from all walks of life, all skill levels and all genres, the audience of all three platforms meshes together very nicely. It will likely see all three of them grow in directions that weren’t previously possible.

You can find out more about the acquisition on the SmugMug website.

My Photography Workflow With Smugmug, WordPress & The Creative Cloud

« Can you tell the difference between this budget lens and one that costs $2000?
See the breathtaking images from this year’s Landscape Photographer of the Year »