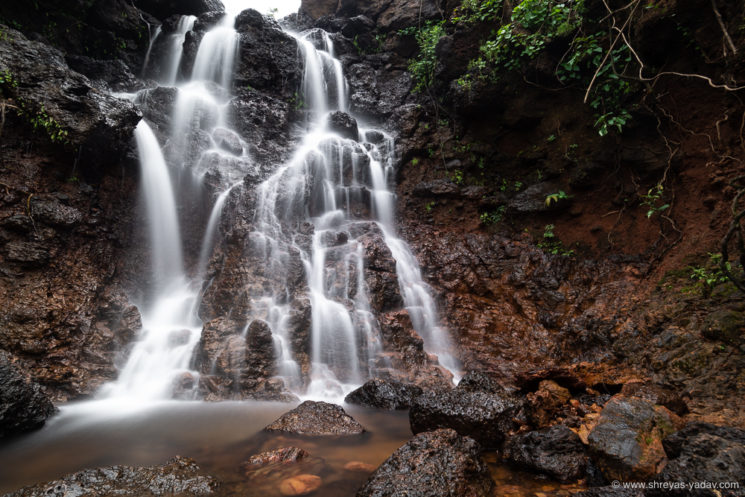 And here are the techniques you will learn in this post

1. Use stable support such as tripod 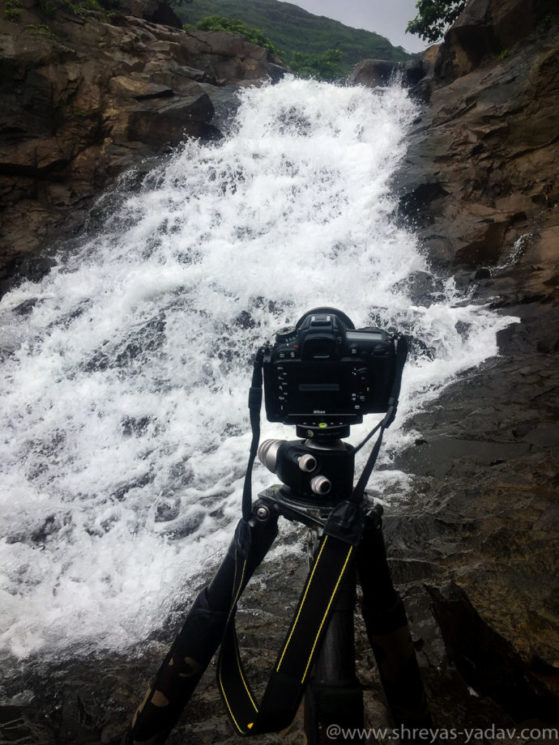 With the use of a tripod, you can use shutters as slow as 30 sec without any camera movement. As you have slower shutter speeds, you can select low ISO values as well.

Apart from stable support, using a tripod will help you to compose the image much better. When you use a tripod, you think slowly. Slow thinking helps to create artistic compositions and stunning images. Hence I highly recommend that you use a tripod while you photograph a waterfall. 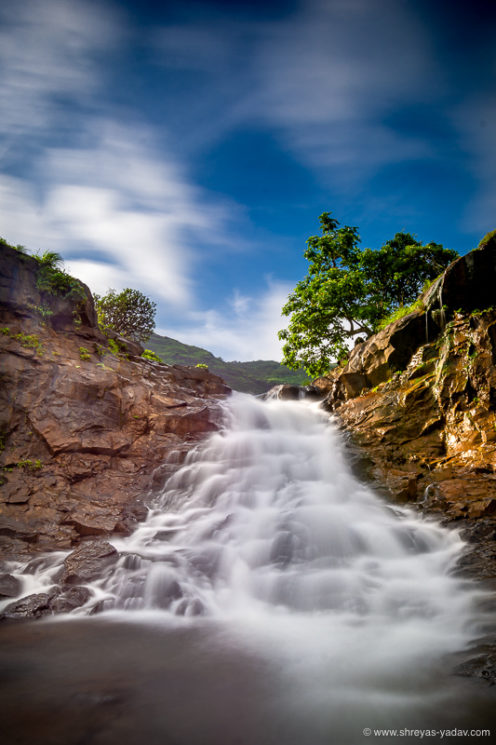 Select lower the value of ISO such as ISO 50, ISO 100 or ISO 200. Low ISO values will not only help in lowering the shutter speeds, but it will also improve the image quality.

As you will use slow shutter speed, more light will enter the camera. In order to compensate for the slower shutter speed increase the value of aperture. This is to reduce the light entering the camera. 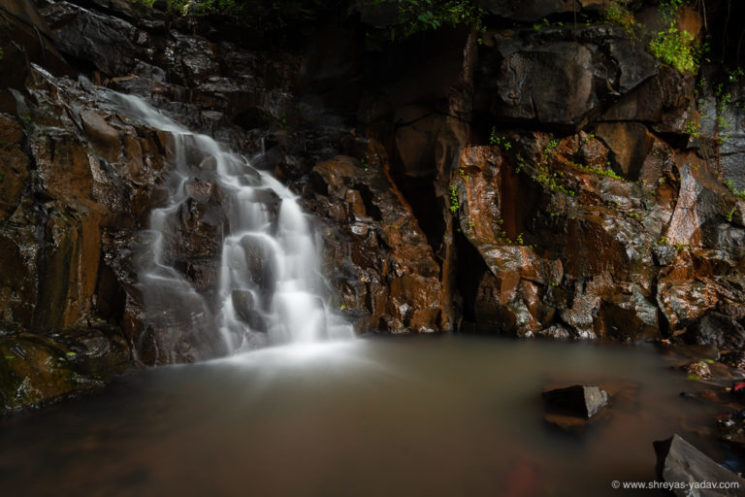 For creating a smooth and silky effect to the flowing water, use the slower shutter speeds. Slower the shutter speeds = smoother the water flow.

I select the slower shutter speed based on the overall scene, light conditions and objects surrounding the waterfall (such as rocks, animals, flowers, and humans). 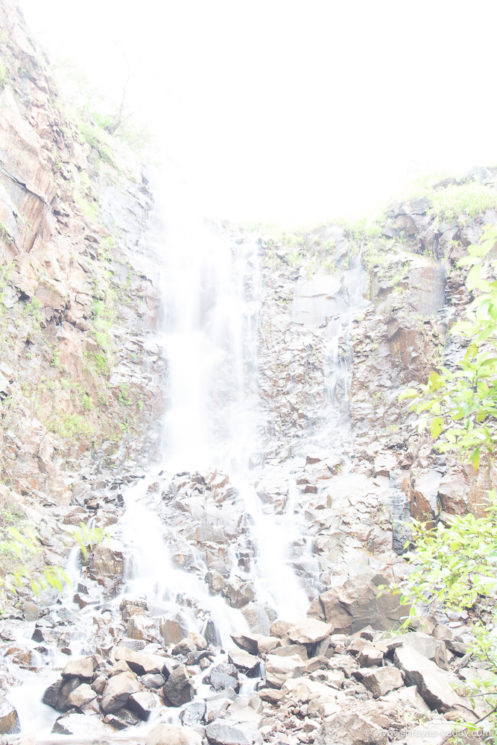 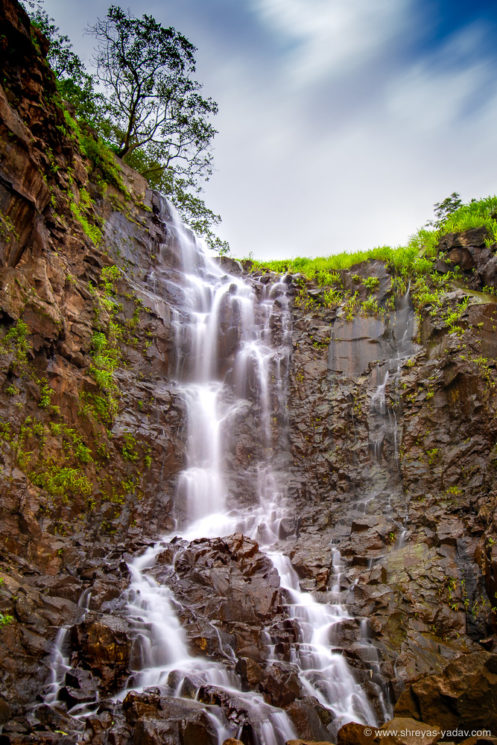 Using the neutral density filter is an optional step.

While using Manual exposure mode – if you have lowered the ISO values up to ISO 100, increase the aperture value up to f/22 and set the shutter speed up to, say, 10 seconds. Still, the image is overexposed – it means that too much light is entering the camera.

You might have to cut down the light by using the neutral density filter.

Similarly, in the Aperture priority mode – if you have set the ISO at low values such as ISO 100 and increased the aperture number up to f/16 or f/22, you may still not be able to get the shutters speeds in seconds (1 s, 5s or 10 s).

In that case, you have to cut down the light entering the camera.

The use of a neutral density filter will help you to capture beautiful images with slow shutter speeds.

Here are some of the good filter brands – Haida, Nisi, Hoya, and B+W.

While image composition is a vast topic, and everyone will have a unique perspective.

However, here are some specific guidelines that will help you to create a beautiful composition.

Selection of frame – horizontal vs. vertical

Image of a waterfall with a horizontal frame 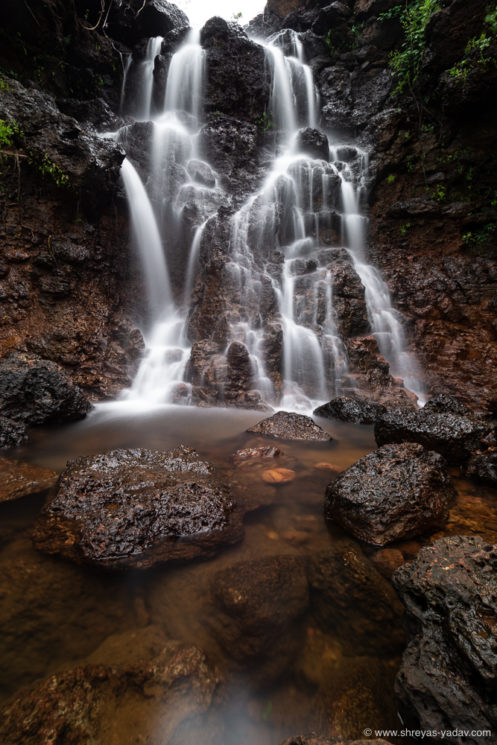 Image of a waterfall with a vertical frame

Choose horizontal composition when you want to photograph a specific part of the waterfall along with the objects surrounding the waterfall.

It is a creative choice. Try vertical and horizontal compositions and see which works best for you.

A different perspective – wide-angle vs. close up 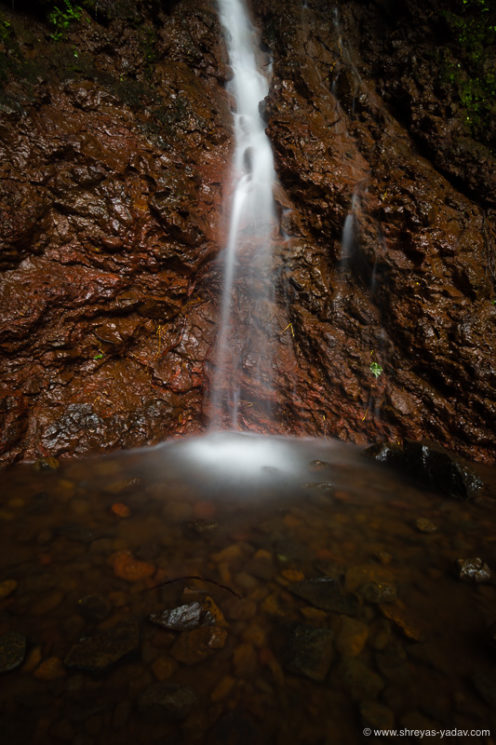 Close up image of a waterfall 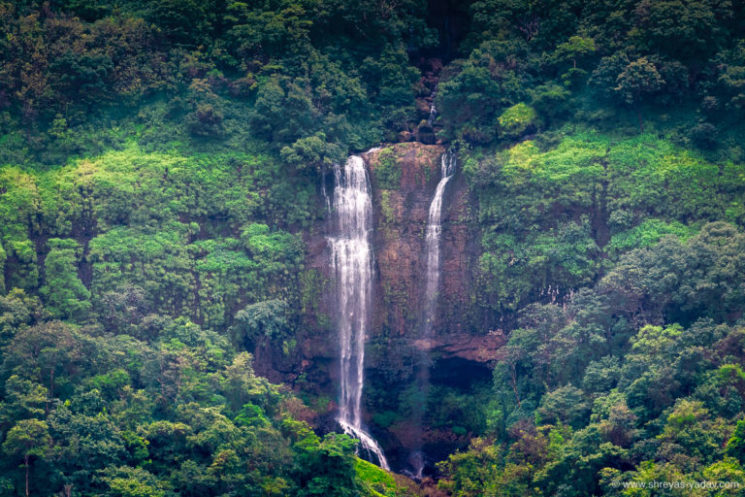 Image of a waterfall with the surrounding forest

For photographing complete waterfall along with surrounding plants, sky and rocks use the wide-angle perspective. Use a wide-angle lens.

For photographing a small part of the waterfall, such as a waterfall and plant or rocks, use a zoom lens and a close-up perspective. 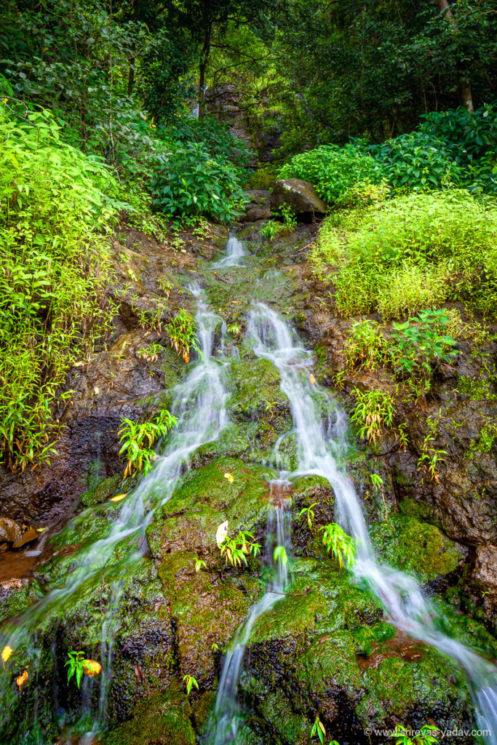 While you are composing an image of a waterfall, there will be elements in the frame that are not supporting the image composition. Those elements can be electricity poles, wires, cars, people, and any artificial objects. These elements are distractions. Distractions will make the composition weak.

You should exclude the distraction and simplify the image. For avoiding electricity poles, wires and artificial objects exclude them while composing the image. Try to visit a waterfall in the early morning or weekdays when there are few people and cars.

Leading line of the waterfall 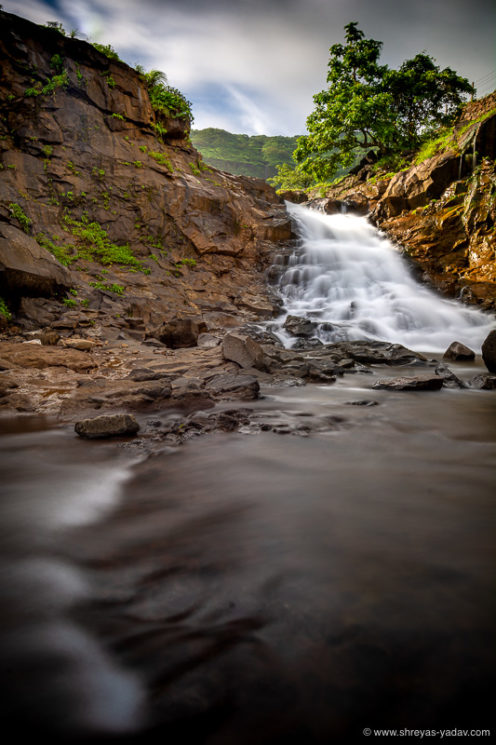 Waterflow leading lines can be diagonal in an image or they can be vertical. Some time water flow can be reversed if the water is flowing over the cliff.

Include object along with a waterfall

Smooth flow of water is one part of an image. A steady rock or colorful flower is the second object in an image.

Include objects in the foreground, such as tree leaves, window, or house. It will create a beautiful perspective. Include small-sized objects to show the relative size of the waterfall.

6. Post-process the image for fine-tuning the tonality and colors 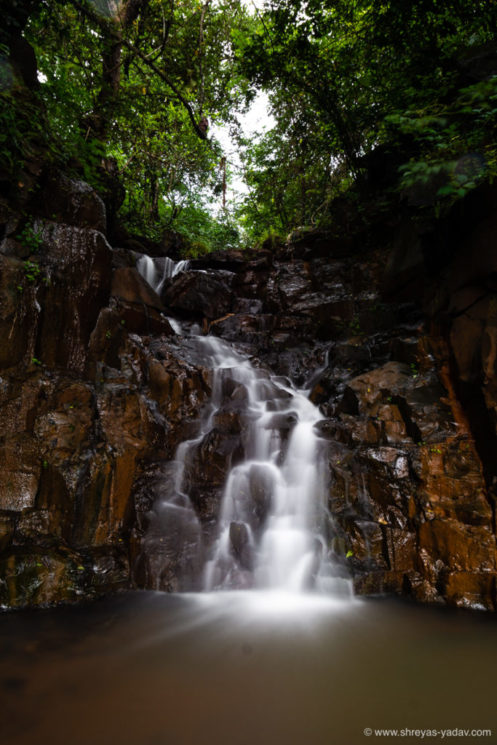 Once you have photographed the waterfall image as mentioned in the above steps, it is time to post-process it. Remember, post-processing is fine-tuning of an image to improve its tonality and colors.

First, apply global or overall adjustments, and then local or targeted adjustments. Let’s look into each adjustment:

In global adjustments, you apply the image adjustment to a complete image. In other words, you fix the overall colors and tonality of the image.

Here are the specific global adjustments I recommend:

In a waterfall image, targeted adjustments need to be applied to the following:

Specific targeted adjustments on the waterfall images are:

I hope these photography techniques will help you to create beautiful waterfall images. Now I would like to hear from you.

Which of the techniques from today’s post are you going to try first? Or do you have a question about the techniques in this post? Let me know by leaving a comment below.

Watch a FPV drone fly down the world’s tallest waterfall

India woman plunges to her death while taking a selfie by the waterfall
« NASA red number prints of the 1969 moon landing are up for auction, starting at $50
Sony creates new “Sony AI” organisation to enhance imaging tech »