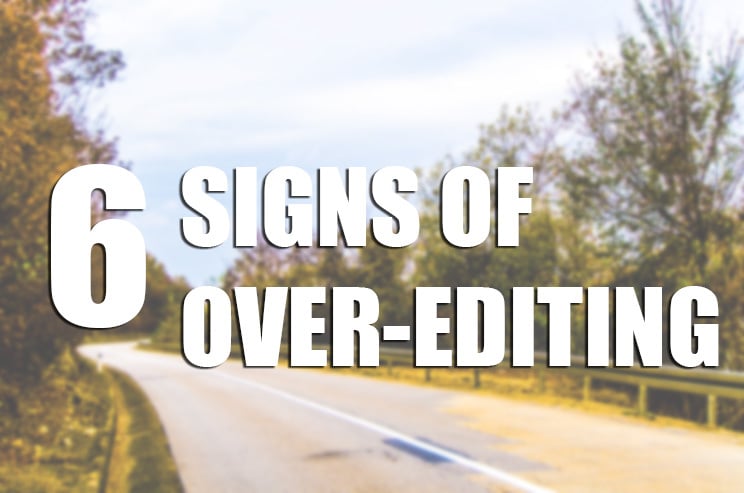 When we spend some time staring at a photo and editing it, it’s easy to make mistakes and overdo some of the settings. Consequently, the photo will look unnatural. In this video, Matt Kloskowski shares six signs that your photo is over-edited and suggests the ways to avoid it.

Even though Matt focuses on ON1 and landscape images, these mistakes are universal. They’re often made in other editing programs, too, as well as in other genres. Here’s how to recognize when you make them, and some suggestions for fixing them.

When you shoot into the sun, you may need (or just want) to bring the highlights down. But it’s easy to overdo it and make the sun looks like a white hole in the sky.

Matt reminds you that it’s ok to leave the area around the sun white. Instead of cranking down the highlights, you can take the Brush tool in ON1 and Lightroom, or a Burn tool in Photoshop and tone it down just a bit.

Adding contrast to the sky makes it “pop” and adds to the three-dimensional effect. But many people tend to overdo the contrast, and it’s easy to overlook it when you spend some time editing the photo. You’ll know that you did it if white blotches start to appear in the clouds and dark-blue halo appears around them.

If this happens, pull back on your settings a bit. Alternatively, use a low-opacity brush on the Dynamic Contrast layer and paint away those dark-blue areas.

If your photo is well-captured and sharp, adding some sharpness can make a subtle and welcomed change. But if you crank it up, it will create halos and glows around everything. Zoom in on your image: if the highlights are blown out and there’s a glow around the objects in the photo, it means you’ve overdone it.

It’s easy to resolve, just pull back on the amount slider until you don’t see halos and glowing edges when you zoom in.

Tight cropping is another problem when it comes to sharpening. If you use the same sharpening values on the photo with a lower resolution, you will likely overdo it, so this is also something to keep in mind.

When you use a graduated filter to darken the sky, it may lead to over-darkening and making the sky brown-greenish rather than blue.

So, if you do use a graduated filter, you can tone it down a bit. Alternatively, adjust the temperature so that the sky remains blue.

If the shadows in some areas of the photo are too dark, you may want to add some light to them. It’s easy to overdo it and it “flattens out” the photo.

When you want to brighten up the shadows, resist the urge to crank them up. Instead, increase the exposure a bit and pull back on highlights. Work between highlights, shadows, and exposure rather than just focusing on the shadows.

Too much dehazing makes the sky look weird and unnatural. So, use the local adjustment and paint over the areas which you want to dehaze rather than using a global slider for this.

Mistakes happen to anyone, especially when you spend a lot of time editing the same photo. The most common one I make is screwing up white balance, and I figure it out only when I return to the image after taking a break. Have you made any of these mistakes as well? And what are the common mistakes you make when editing your photos?