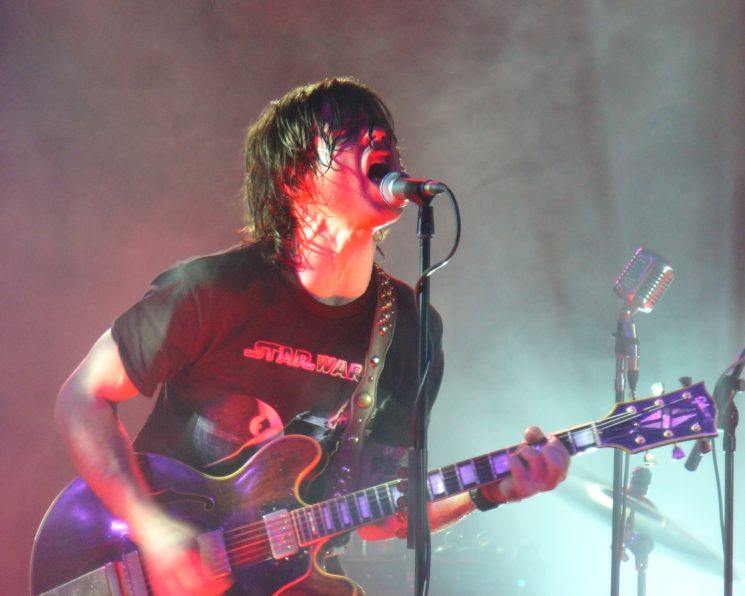 Ryan Adams’ performance at Gasparilla Music Festival had good music and good vibe, but also one unpleasant event. the singer and photographer Joe Sale fell out over the use of flash.

Sale took photos of the concert using a flash, while it was strictly prohibited. It’s not a caprice – it’s because the singer has a Meniere’s disease. Flashing lights can cause him to have vertigo-like symptoms, ocular migraines, and seizures.

When Adams saw the photographer using the flash, he called him out by improvising a song. He also reminded security to issue a reminder that the flashes are forbidden. And Sale responded in the rudest way possible – he flipped him a bird. This was just a beginning, and the argument continued on Twitter.

Sale wrote that he used the flash “from 2000 feet away,” as he was standing on an elevator lift platform behind the soundboard, and not in front of the band. “I shot the 12 other bands over 2 days w/o flash. You lived…write a sob story about it.”

As I said, the use of flash was not forbidden because Adams is a whimsical dude, but because he has a serious condition. So, he replied: “No, asshole. It says NO FLASH! Because I have MENIERES DISEASE and have SEIZURES!!!! Ok, Ansel Adams?”

No, asshole. It says NO FLASH! Because I have MENIERES DISEASE and have SEIZURES!!!! Ok, Ansel Adams? https://t.co/mChzgBQce9

Sale and Adams blocked each other shortly after, but angry Adams’ fans were not ready to let the thing go that easily. After backlash from them, Sale deleted his Twitter profile entirely.

A day later, he said he understood the situation, and he kinda apologized, but actually didn’t. He stayed with his story that he was far from the stage and he knew the flash couldn’t have the effect on Adams from that far. According to him, it was unfair to assume that he should have known of the Adams’ condition in advance.

Michelle Gutenstein, the spokeswoman of GMF, pointed out that all the photographers were warned about Adams’ condition in advance, which includes Sale, too. She also said that Sale was shooting for the festival itself, but like most festival workers he was an unpaid volunteer.

I am a photographer, and I love seeing and taking concert photos, but I just can’t go along with Sale here. I don’t understand his need to be such a smartass and estimate if the flash could or couldn’t harm Adams from that far. If the use of flash is prohibited, especially if you know the reason – then just don’t use it. Nobody will judge you for poorly lit photos because everyone knew you couldn’t use flash. And even if they don’t, be a human and respect someone’s condition and plea – even from “2000 feet away”.

How to prepare for music festival season

« Lens manufacturer Veydra HQ broken into, over 200 lenses stolen
How not to give a fudge what others think of your photography »