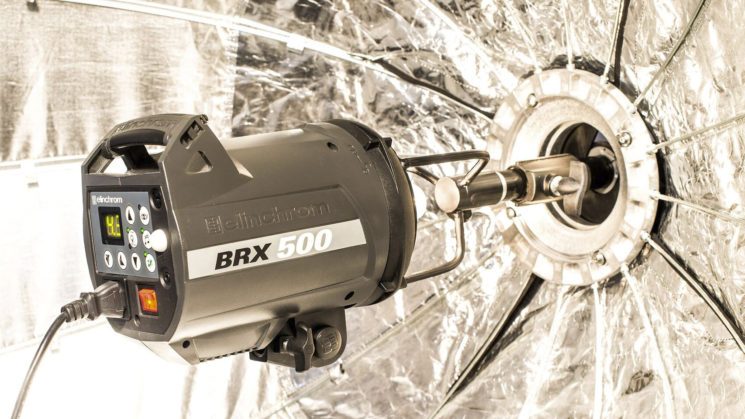 I don’t know when mounting strobes the wrong way around inside softboxes became a thing. But, apparently it is. More mysterious than the “when”, though is the “why?”. The Shwop is a new product on Kickstarter that lets you do exactly this, though. Reverse mount a strobe inside a softbox.

They do list a few benefits of working this way on the campaign page, although I’m not entirely convinced. Putting me off even further is the fact that what essentially amounts to a fancy flash bracket costs more than the strobes it holds.

When I first saw it, I actually thought “That looks kinda neat”. I guessed it’d be maybe €100 or so. €150 at a push. A fancy new thing with some potential a slightly inflated price. I was rather shocked when I saw the “early bird” price was an insane €649. Yes, six hundred and forty nine pounds. That’s around US$705.

And what do you get for your $705? Well, you get a quick release bracket that fits on a boom arm and mounts to your modifier.  And you get an adapter that goes onto the end of the boom arm and fits in the modifier adapter in your flash. You also get a… Nope, wait, you don’t. No, that’s it. Here, take a look for yourself. 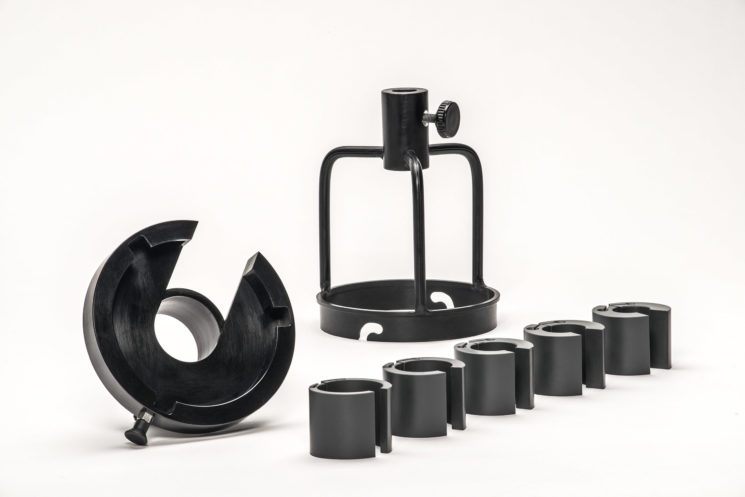 As for the why, well, turns out that’s fairly straightforward, in theory. They actually list a few advantages on the Shwop campaign.

I’m not sure how “More brilliant light” is different to “Higher light output”, so let’s condense those down into one. Until I actually see it, I’m not entirely convinced it will actually produce more light output, but I’ll play along. Ok, so now your light may be only going through a single layer of diffusion rather than two. But beyond that, if you’re not using any diffusion, why not just pick up a silver parabolic umbrella?

“Variable light characteristics from soft to hard by shifting the light source relative to the screen”. I’m sorry, what? I get that shifting the light further from or toward the intended entry point of the softbox will have some effect. I mean, it’s not a new idea. Some companies have even designed flashes with these sorts of heads in mind from the start.

But, then the modifiers are usually designed for that, too. And going “from soft to hard”? That doesn’t make much sense. A barebulb flash is going to throw light off to all sides. The “hardest” you’re going to get is putting the bulb in the same position in which it’d be if you just mounted the modifier the right way around. So, how does it turn soft light hard?

The gradient thing… Ok, maybe. But there are so many easier and less expensive ways to achieve this kind of thing.

Seriously though, I like the idea. It’d be a neat bracket to play and experiment with. But for this kind of money, I could go to a local metalworker and have one machined. And I’d still have enough left over to go buy an actual strobe to fit inside it. Or, I could just go buy a big silver parabolic umbrella.

Maybe it’s just me, though.

« Urban Outfitters offers a year of full-time internship for photographers, pays $0
My camera died on a photo shoot, so I used my iPhone instead »