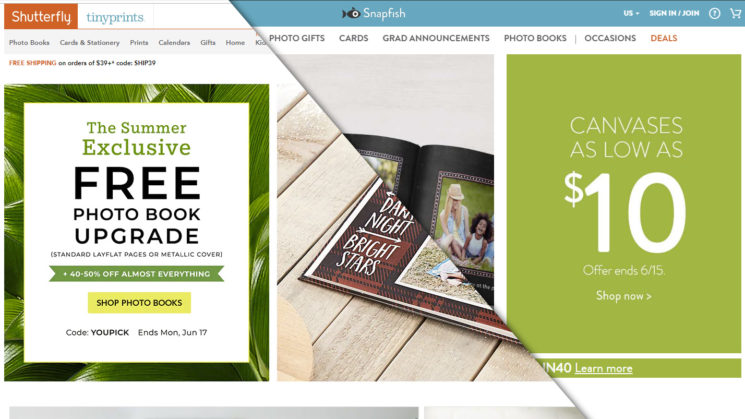 American private equity firm, Apollo Global Management LLC (AGM), has agreed to acquire photo printing platforms Shutterfly and Snapfish. According to Reuters, AGM is set to purchase Shutterfly Inc for $2.7 billion, including $900 million in debt. AGM also announced intentions to purchase Snapfish LLC, another Internet-based retailer of photography products. And, apparently, they plan to merge them together.

Shutterfly is based in Redwood City, California and sells personalised consumer photography products such as photo books, greetings cards, stationery, calendars and the like. It was founded in 1999 and competes with similar online services such as Vistaprint and Snapfish – the latter of which is also to be acquired and merged with Shutterfly.

Last year, Shutterfly acquired the privately owned Lifetouch, a company which provides photography services to schools and families, for $825 million in cash. There’s no word on what will happen with Lifetouch, so presumably, it’s business as usual for them.

No information has been provided on figures for acquiring Snapfish nor exactly when the acquisition will take place. But as of right now, both the Shutterfly and Snapfish websites are operating the way they always have, offering all of the usual services and products. There’s no word on when or how the merger will happen.

Do you use Shutterfly or Snapfish?

« Take a peek BTS to see how Fujifilm developed the GFX100 from concept to production
Edelkrone gear too expensive for you? They have a cheaper 3D printed option now »