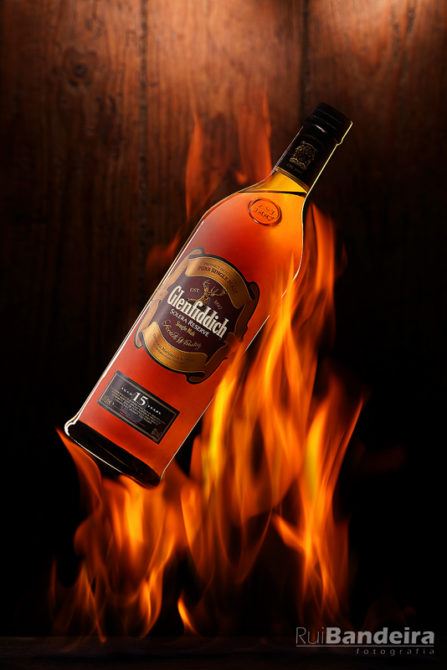 Explore the idea of hanging products (like here and here), I decided to add a new element … fire. I had used fire in another image of a bottle  (here), but this time I wanted the fire to encompass the bottle, which meant taking a few more safety precautions.

I started by choosing the background for image, I chose an old wooden board because of the organic look and warm color. For the base I used a glaze Floor Tile, because it’s resistant to heat, at least I expected it to be …

To secure the bottle I created a shelve framing structure , supported by two tripods, then with a large screw and copper wire I fixed the bottle into position. 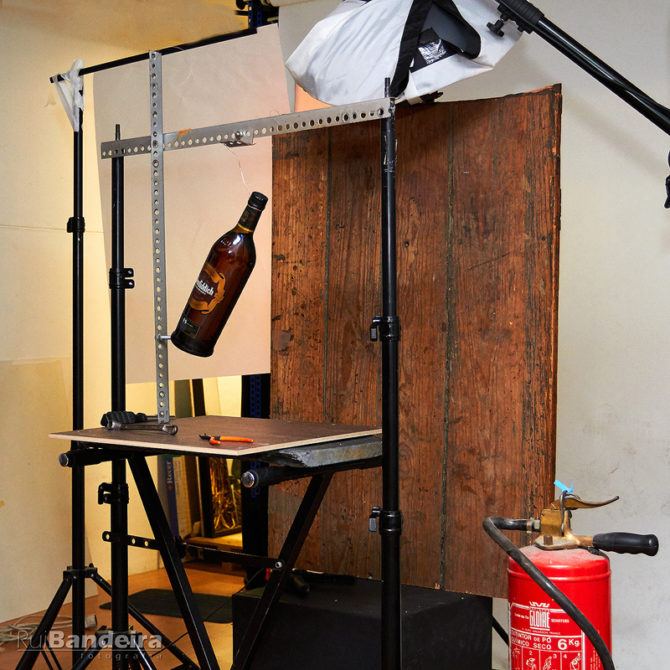 As you can see in the image, the extinguisher is always close by for safety reasons.

It was time to create the final composition and framing and start lighting the scene. I started with lighting the background.

My first light was a beauty dish, almost flat against the top of the wooden board. It was set with a honeycomb, a diffuser and a flag (a piece of black cardboard) to give some “shape” to light.

To create the strip of light on top of the bottle I used a strip box behind the background, that gave me very minimal lighting on the bottle.

For fill, I used a softbox coming from the front. 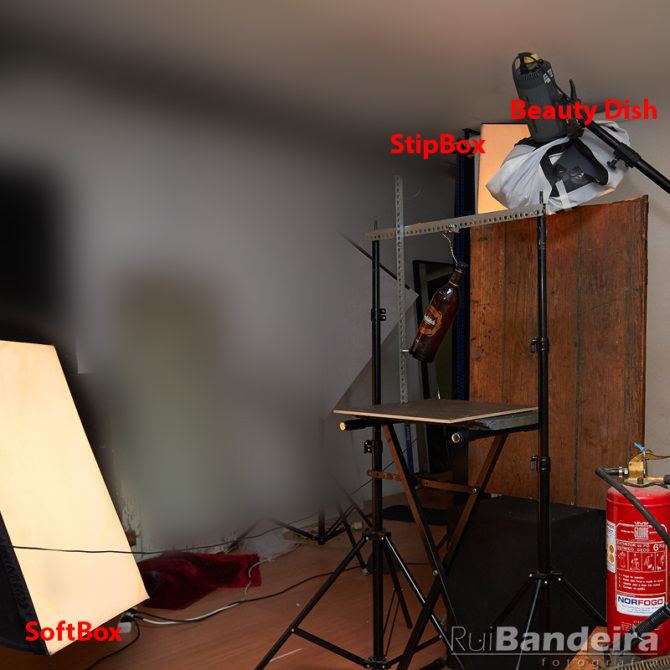 Once the the lighting scheme was set up, it was time to shoot all the elements I needed for the final composite.

I decided to divide the capture into two halves:

For the liquid (if you can call Glenfiddich “a liquid”), I used a gold reflector and made several pictures with the reflector at different angles. Later I will be able to combine those photos in post processing. The gold reflector (yet another piece of cardboard) is great for capturing the color and quality of the whiskey. 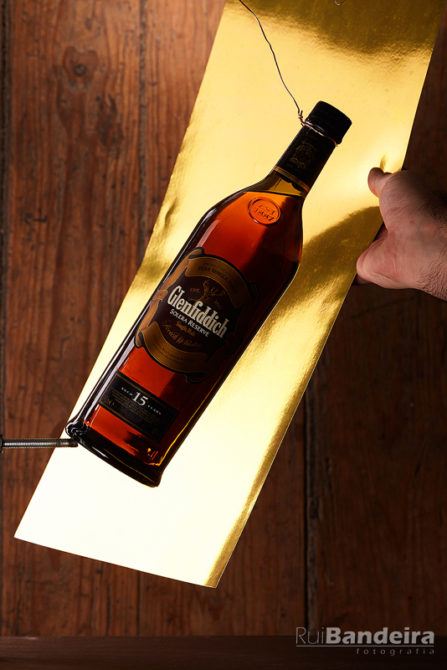 I made several photos of the fire to include in the final composite.

To create the fire I used Bioalcohol.  I chose Bioalcohol because it burns and evaporates quickly, which is an advantage in terms of safety. But also because it is easy to handle and control.

I gradually poured some Bioalcohol on the floor tile and lit it with a cigarette lighter. Then I shot it  as it burned. Rinse and repeat several times until I had enough images for the composite.

This turned out to be the base image for entire composite.. 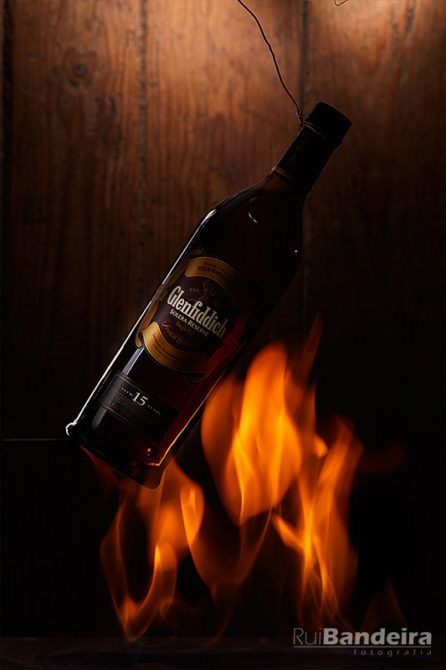 Now it was time to go to the computer and choose the images and edit all. 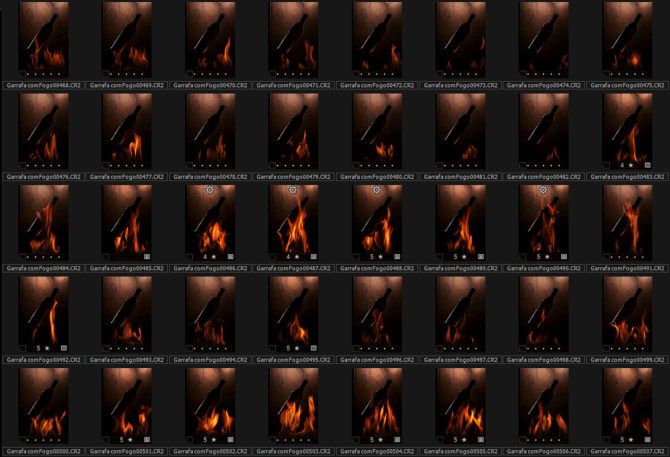 It did not take many pictures to create the flames that I wanted and joining the images of the fire was easy, I just had to use masks and everything came together easily.

With the fire base almost done it was time to begin to composite the rest of the bottle elements.

At this stage I cleaned the bottle up, the bottom, delete the screw and copper wire to then moved to the final adjustments.

Here is a Step by step of editing on the video.

Rui Bandeira is a photographer based in Porto, Portugal, you can see more of his photos on his site, and say hi on facebook and Instagram.

How I Shot A Fire Breathing Street Fighter Series In Paris